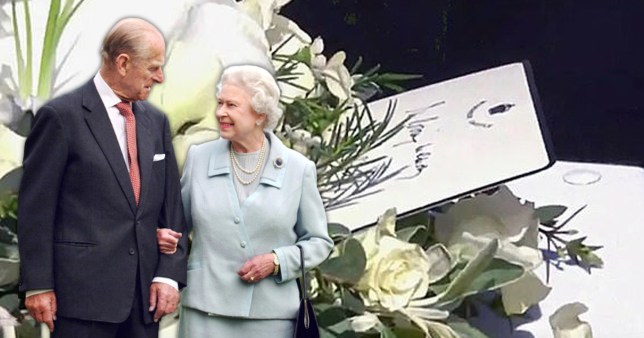 Queen Elizabeth left a handwritten note for Prince Philip on his coffin as she bid a final farewell to her husband of 73 years.

The card was placed alongside a wreath including white lilies, small white roses and white freesia, which was hand-chosen by the monarch.

Only a glimpse of it can be seen in photos from Saturday’s funeral.

It appears to say ‘In Loving Memory’ on the front with an official royal stamp.

Buckingham Palace declined to share its contents, saying the note was ‘private’.

Some reports have suggested the Queen signed it with ‘Lilibet’ – a nickname she was given as a child. 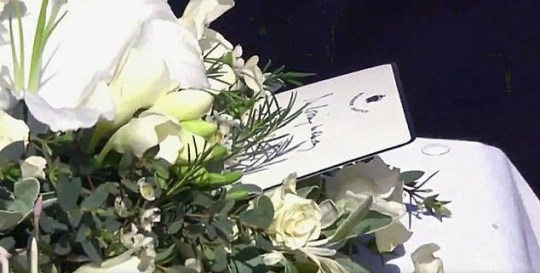 A note left on Philip’s coffin from the Queen 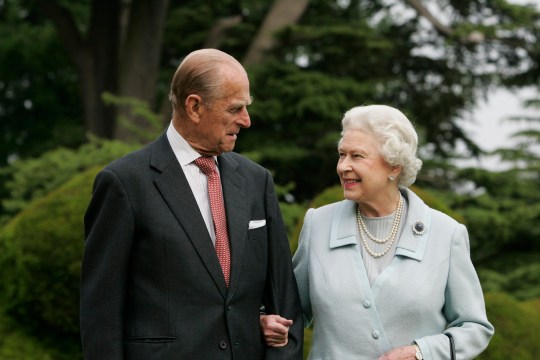 The Queen and Prince Philip were married for 73 years (Picture: Getty)

Philip is thought to be the last person who called by her childhood moniker.

The Queen was forced to mourn alone away from her family in St George’s Chapel today due to coronavirus restrictions.

The monarch looked grief-stricken as she kept her head bowed during the ceremony.

According to body language expert Judi James, Her Majesty, 94, had an obvious ‘need for some support’ as her beloved husband was laid to rest.

James noted the moment the Queen ‘paused for reassurance’ before entering the chapel. 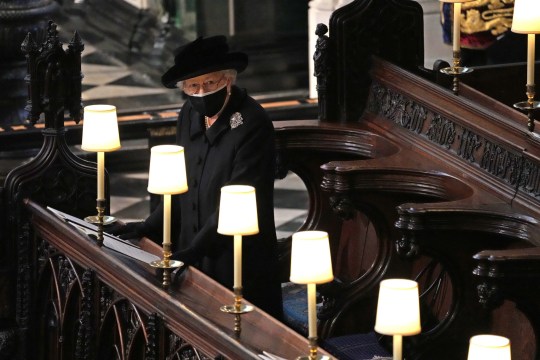 She told Mail Online: ‘There was one moment when she paused and turned around before entering the chapel and it looked terribly poignant, almost as though she couldn’t face going in alone. She turned for what looked like reassurance that her party was behind her.’

The monarch had arrived at the service in the royal Bentley with her lady-in-waiting Lady Susan Hussey, 81.

Lady Susan was there as a working household member and not one of the 30 guests, so she could not sit with the Queen during the service.

Before the funeral began, the Queen paused for reflection for a moment with her husband’s coffin.

She is said to have spent most of the past week alone grieving her other half. 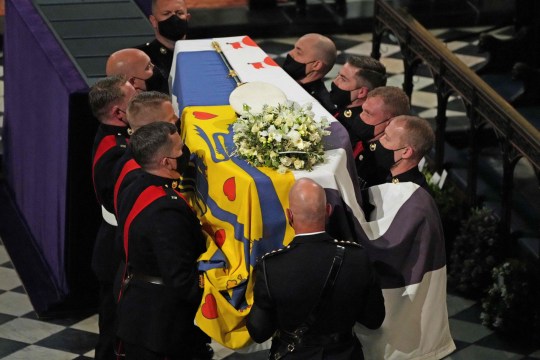 Several members of the royal family have vowed to step up and support the monarch as she grapples with the loss of the man she was married to for more than seven decades.

But while grateful for the support, the Queen is determined to carry on.

A royal source told People: ‘Her family will step up and be by her side, but she will carry on. She understands that she has a job to do, and[Philip] would have wanted her to crack on. She did do so when he retired from public life.’

‘She will never abdicate because of duty and honor and public service is so deep in her, as it was for him,’ another insider added.

et in touch with our news team by emailing us at [email protected].