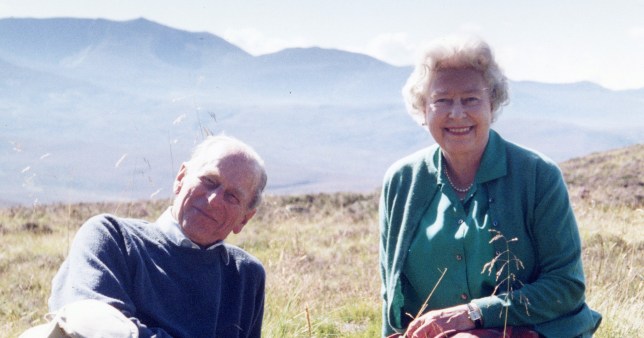 Philip and the Queen relax on the Scottish highlands (Picture: PA)

The Queen has shared one of her favourite pictures of herself with her late husband Prince Philip ahead of his funeral tomorrow.

The royal couple are pictured as they are rarely seen – relaxing together away from public duties and enjoying the stunning scenery of the Scottish Highlands.

Looking completely at ease and smiling warmly at the photographer, Philip and the Queen sit back on the grass at the Coyles of Muick, a beauty spot near the town of Ballater in Aberdeenshire.

The duke lies back on a rug, propping himself up on his left elbow and has jauntily placed his hat on his right knee.

Beaming at the the Countess of Wessex – who took the picture in 2003 – the Queen, dressed in a tartan skirt, blouse and cardigan and a string of pearls, also sits on a rug.

The picture was likely taken when the couple were enjoying their traditional summer break at the Queen’s nearby private estate of Balmoral. 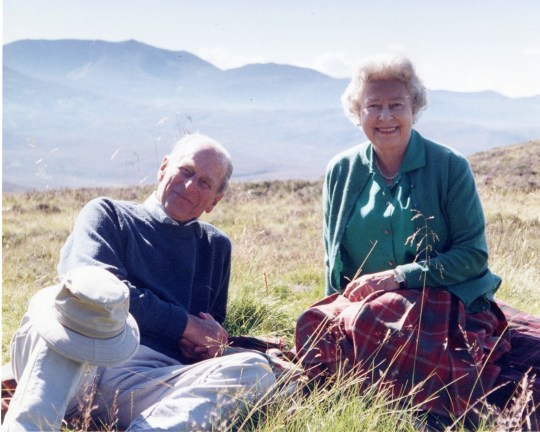 Philip and the Queen sit back on the grass at the Coyles of Muick, a beauty spot near the town of Ballater in Aberdeenshire. (Picture: PA)

The image was shared on the Royal Family social media accounts.

A tweet said: ‘The Queen wishes to share this private photograph taken with The Duke of Edinburgh at the top of the Coyles of Muick, Scotland in 2003.’

Coyles of Muick offers an uninterrupted view to the mountain of Lochnagar.

The area is clearly a favourite spot for the Queen as she has named a corgi puppy, recently gifted to the monarch, Muick and it has a dorgi puppy playmate called Fergus – another Scottish name.

The area has been painted by the Prince of Wales, whose Scottish summer retreat of Birkhall is close to the area where the Queen and Philip were photographed.

The image reflects the private face of the Queen and her husband and gives an insight into how the monarch will remember the man she was married to for 73 years. 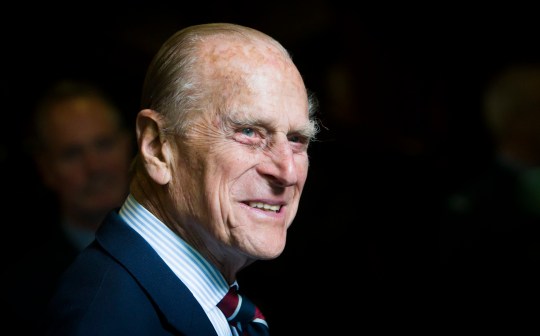 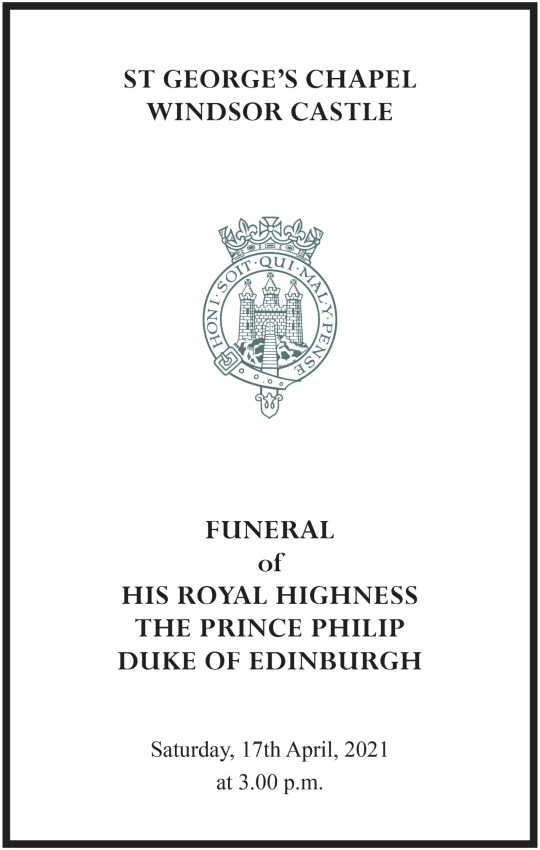 It comes as further details about Philip’s funeral- including the full Order of Service – are revealed.

Philip’s ‘unwavering loyalty’ to the Queen and ‘courage, fortitude and faith’ will be hailed at his funeral.

No sermon will be delivered during the ceremonial royal service, in keeping with Philip’s wishes.

His love of the sea and long association with the Royal Navy will be reflected, with the music chosen by the duke including the hymn Eternal Father, Strong To Save – traditionally associated with seafarers and the maritime armed services.

The Dean of Windsor, in the Bidding, will pay tribute to Philip’s ‘kindness, humour and humanity’. 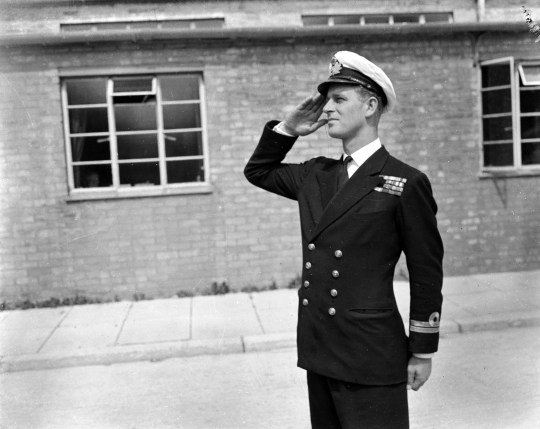 The funeral will reflect his love of the sea and naval career (Picture: Getty)

‘With grateful hearts, we remember the many ways in which his long life has been a blessing to us,’ he will say of Philip, who died aged 99 last Friday.

‘We have been inspired by his unwavering loyalty to our Queen, by his service to the nation and the Commonwealth, by his courage, fortitude and faith.

‘Our lives have been enriched through the challenges that he has set us, the encouragement that he has given us, his kindness, humour and humanity.’

The Queen was photographed driving in the grounds of Windsor Castle on Friday and during the day was back at work receiving calls from General David Hurley, Governor-General of Australia, and Canada’s Prime Minister Justin Trudeau.

It is understood the calls were made by the national figures to convey their condolences to the Queen.