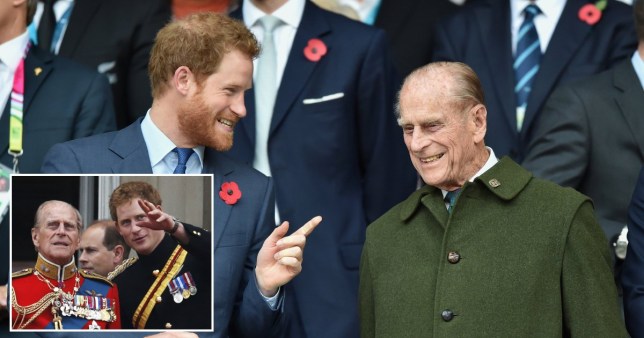 Prince Harry is reportedly trying to get back to the UK for Prince Philip’s funeral (Pictures: Getty Images/AP)

Harry is ‘united in grief’ with the Royals and has already spoken to relatives about coming home for Prince Philip’s funeral, reports say.

Since the news of Prince Philip’s death broke, there has been much speculation about how the tragedy will play out amongst a family that has been rocked by the drama of Harry and Meghan’s interview with Oprah.

But Harry is ‘united in grief’ with his estranged family and is clambering to try and make arrangements to return to the UK for his grandfather’s funeral, according to sources quoted by The Mirror.

The Duke of Sussex has reportedly spoken to his dad, Prince Charles, who Harry said had ‘stopped taking his calls’ during the couple’s explosive Oprah interview.

Meghan is apparently unlikely to join her husband as she is heavily pregnant with their second child who is due this summer.

It would be Harry’s first trip back since he and Meghan quit as working royals last year. It would also be the first time he faces his family after making multiple claims against them in the couple’s recent interview with Oprah.

A different source said the Duke of Sussex had spoken to his cousins, Beatrice and Eugenie, and told them about his plans to come home. 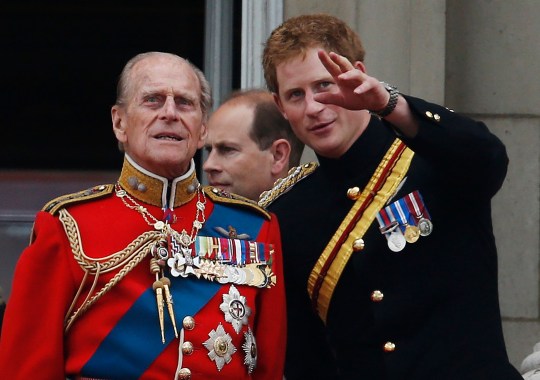 When Prince Philip was in hospital, Prince Harry isolated in his California home and had a private jet on standby (Picture: AP) 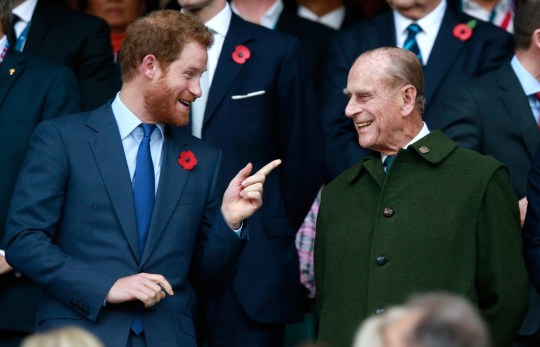 Prince Harry was reportedly close with his grandfather who was said to have taken him under his wing after Diana died (Picture: Getty Images)

The insider said: ‘He said he wants to be with everyone and was already making arrangements to come home.’

Harry, who now lives in California, will have to find a way to travel to the UK in line with coronavirus rules.

People arriving in England have to quarantine for 10 days but can leave on compassionate grounds which include funerals.

After the funeral, the person has to go straight back into quarantine but can leave isolation if they test negative on day five.

‘Thank you for your service. You will be greatly missed.’ 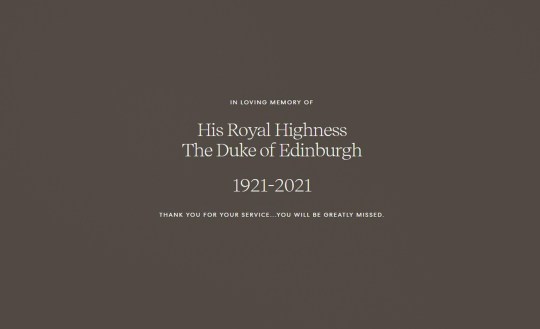 The Sussexes posted a tribute to the Duke of Edinburgh on their Archewell website (Picture: PA)

While Philip was in hospital, Harry isolated at his home and kept a private jet on standby in case he had to come to the UK.

Harry and Meghan’s interview aired while Philip was in hospital, which drew criticism from many for insensitive timing.

Some figures, including Fox News presenter Brian Kilmeade, even linked the interview to Philip’s death.

Mr Kilmeade said: ‘There are reports that [Philip] was enraged after the interview and the fallout from the interview with Oprah Winfrey, so here he is trying to recover and he’s hit with that.

‘Piers Morgan was saying on his morning show, which he famously walked off of, is like “Really? Your grandfather is in the hospital, you know he’s not doing well, is this really the time you have to put out this interview?” Evidently, it definitely added to his stress.’

The Palace has not yet decided on a date for the Prince’s funeral but it will not be a state funeral (where the public can view his coffin), in line with his wishes.

The event will likely be at St George’s Chapel at Windsor Castle.