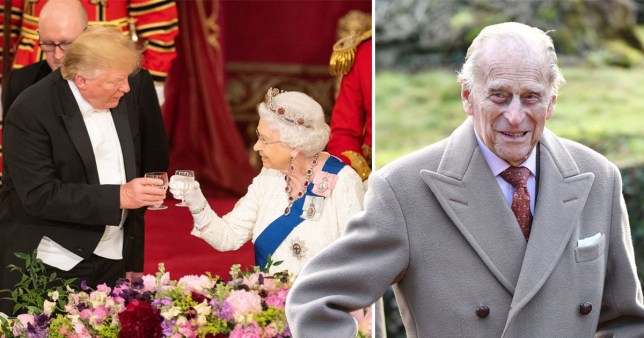 Prince Philip is said to have avoided meetings with Donald Trump after he became US President as the duke retired from public life.

Tributes have been paid to the Duke of Edinburgh, 99, who died peacefully this morning at Windsor Castle, Buckingham Palace announced.

Prince Philip – known for his no-nonsense approach – was spared the obligation of coming face-to-face with the former US President after stepping down from Royal duties in the autumn of 2017.

The arrangement gave the Duke a ‘dignified option’ to miss engagements he would rather not attend – including Trump’s controversial trip to Britain in June 2019, the Independent reported.

Trump reportedly demanded to get the same treatment as his predecessor, Barack Obama, who stayed overnight at Buckingham Palace with wife Michelle when they visited the UK.

But his repeated requests were denied – despite fears of a ‘hissy fit’ in the White House – as the Palace was under extensive renovation at the time.

The so-called ‘snub’ was in marked contrast with Prince Philip’s and the Queen’s ‘bond’ with the Obamas.

The Duke was seen laughing and joking with the couple and also insisted on chauffeuring them in his Range Rover to a private lunch with the Queen in 2016. 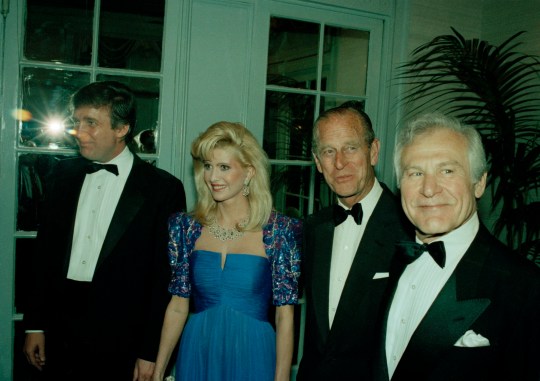 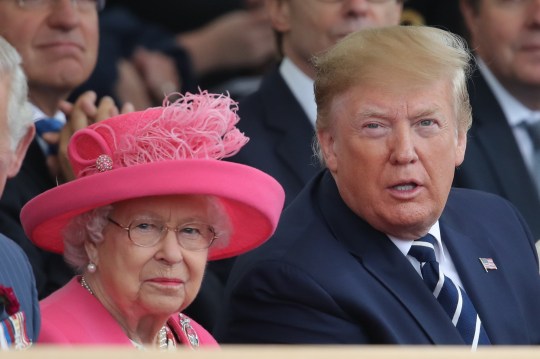 Donald Trump alongside the Queen during the 75th anniversary of the D-Day landings in Portsmouth (Picture: Andrew Matthews/PA wire)

But Prince Philip was notably absent for Donald Trump’s state visit – although the former President claimed he and the Queen had ‘automatic chemistry’.

According to the Daily Express, royal biographer Ingrid Seward wrote in her book, Prince Philip Revealed: A Man Of His Century, how the Duke enjoyed ‘defying convention’.

‘When the Queen was hosting a tea for President Donald Trump of the US in July 2018, Prince Philip got himself into a helicopter to make the 200-mile journey from Wood Farm in Sandringham to Rosey in Hampshire to stand at the font at Romsey Abbey as a godfather to six-month old Inigo Hooper, his first cousin three times removed,’ Seward said.

The Duke ‘wanted to be among the Mountbatten family not at Windsor Castle with the US President’, she added. 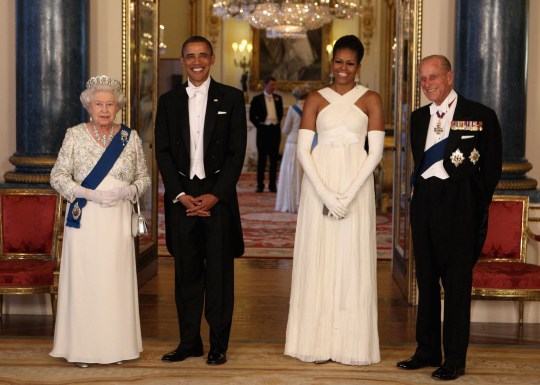 Queen Elizabeth II and the Duke of Edinburgh posing with U.S. President Barack Obama and First Lady Michelle Obama in the Music Room of Buckingham Palace in May 2011 (Picture: PA) 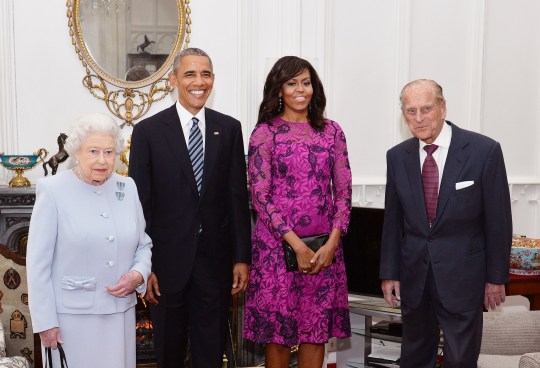 The Queen and Prince Philip with the Obamas in the Oak Room ahead of a private lunch at Windsor Castle in April 2016 (Picture: John Stillwell /AFP/Getty Images)

Trump and wife Melania presented Prince Philip with two gifts during their state visit, official Royal documents revealed – an Air Force One personalised jacket and a first edition of a signed autobiography by General James Doolittle, an American military veteran and aviation pioneer.

The Queen also received presents including a wooden jewellery box hand-crafted to depict the White House and a silk poppy brooch by jewellers Tiffany& Co.

Who won The Circle 2021? Natalya Platonova crowned as winner