PRINCE William today said his grandfather is “OK” after 99-year-old Prince Philip was taken to hospital.

The Duke of Cambridge revealed medics were “keeping an eye” on the royal since he was taken into hospital last Tuesday. 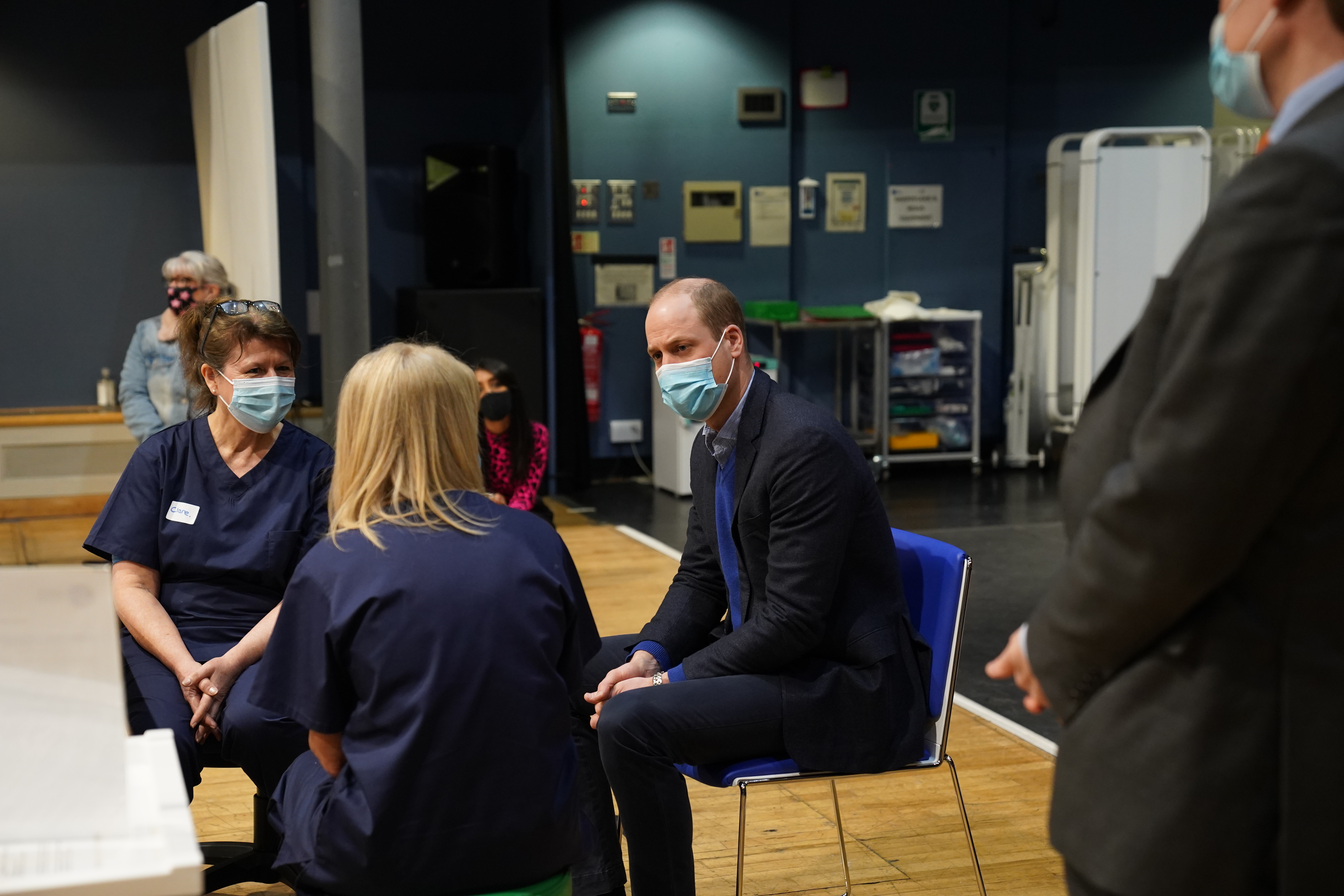 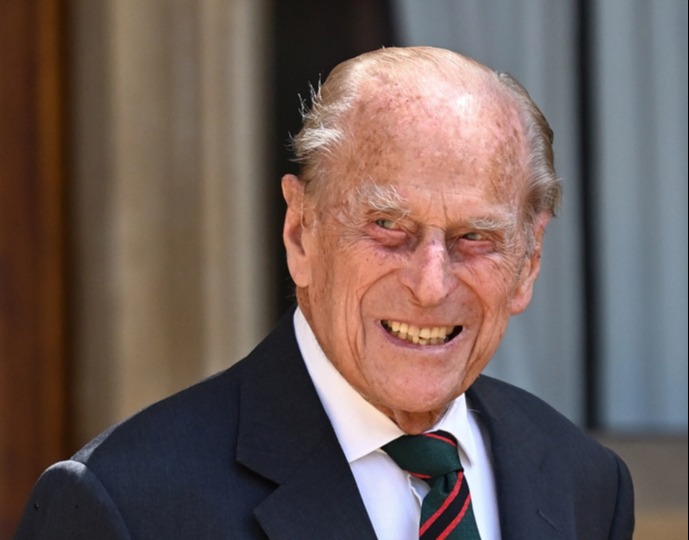 The 39-year-old prince was asked about the Duke of Edinburgh’s condition today by Sun photographer Arthur Edwards as he visited a vaccination centre at the King’s Lynn Corn Exchange in Norfolk.

He then gave a wink to well-wishers.

The royal was today thanking vaccination volunteers including The Sun’s Jabs Army as the Covid jab rollout continues.

The Duke of Edinburgh has now spent a sixth night in hospital after being admitted to London’s King Edward VII Hospital last week.

Philip, 99, was admitted to King Edward VII’s Hospital in London on Tuesday evening as a precautionary measure after feeling unwell. The duke is said to have walked in unaided.

On Friday, a source said: “Following consultation with his doctor, the Duke of Edinburgh is likely to remain in hospital for observation and rest over the weekend and into next week.

“As we have said previously, the doctor is acting with an abundance of caution. The duke remains in good spirits.” 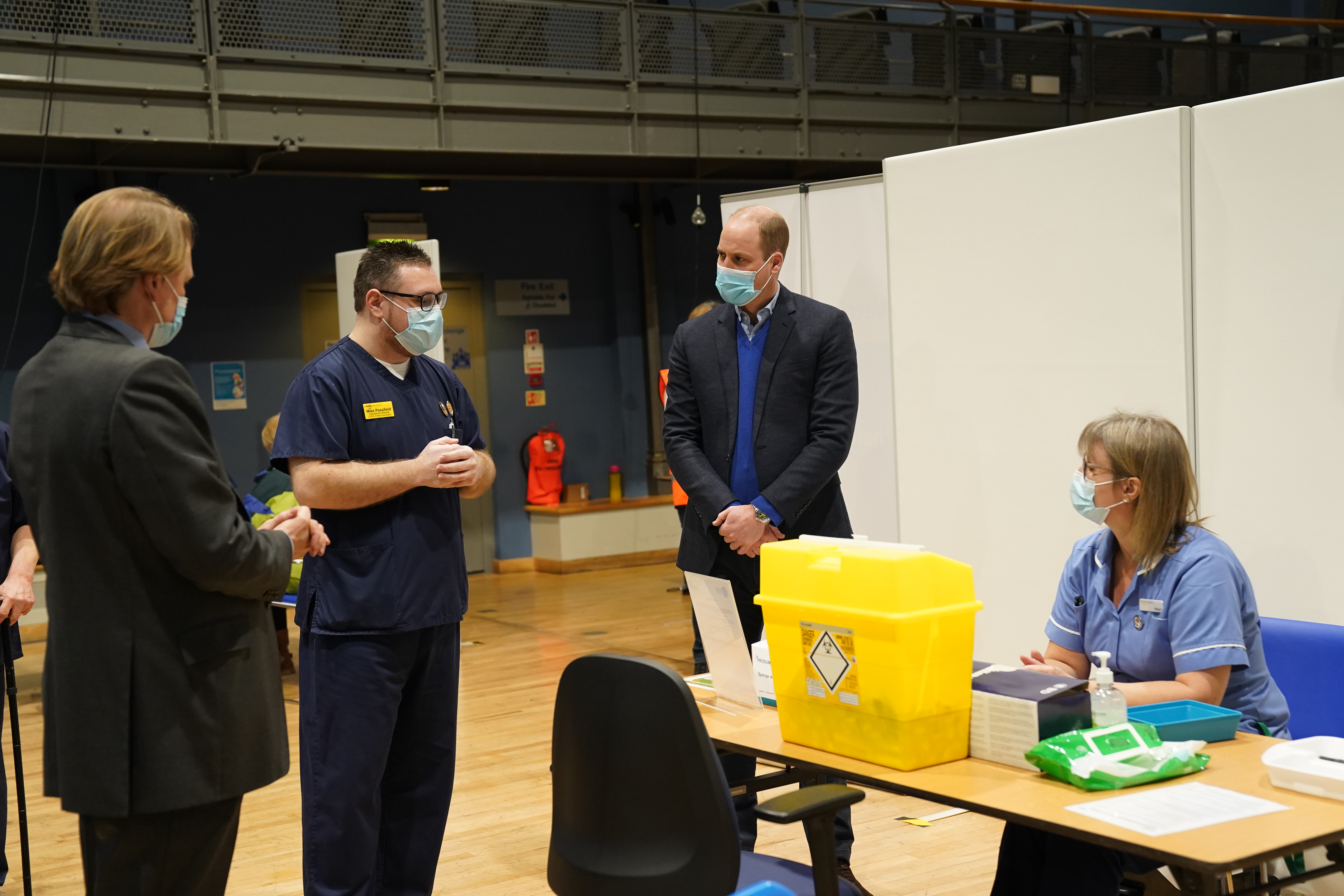 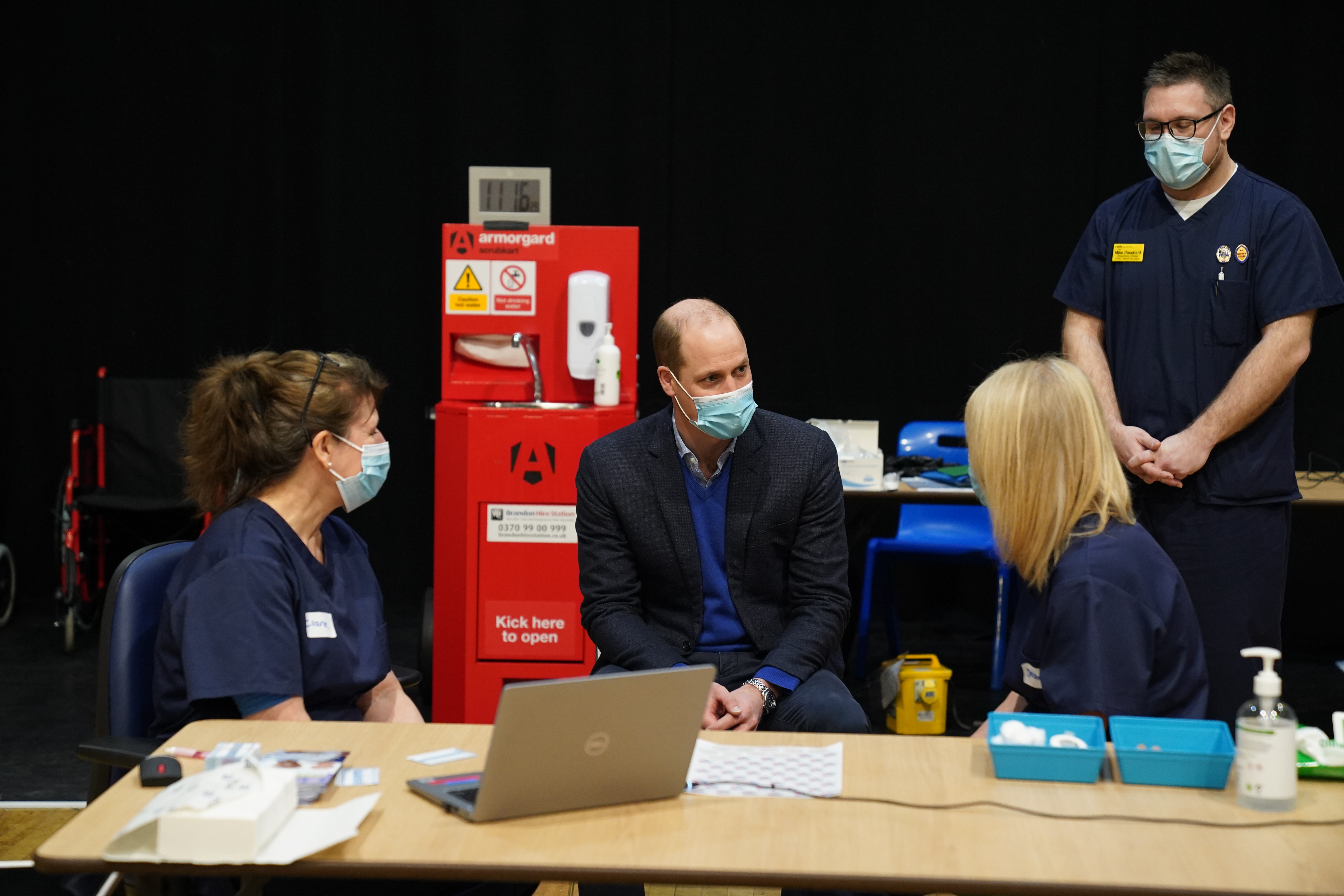 The royal thanked those who had given up their timeCredit: News UK

Over the weekend, Prince Charles visited his father – looking sombre as he left.

It is understood that Charles wanted to visit his father due to Philip’s extended stay.

It is thought Charles had not seen his father since before Christmas because of the nationwide coronavirus restrictions, with the duke staying at Windsor Castle with the Queen.

The duke, who will turn 100 on June 10, is in hospital for an undisclosed reason, although it is not coronavirus-related.

Brits are today eagerly awaiting the plan to get the country out of lockdown, set to be announced later today.

A study today revealed evidence that the Covid vaccines are working – slashing severe cases bu up to 94%.

Cambridgeshire Community Services NHS Trust delivers the four large-scale vaccination centres across Cambridgeshire, Peterborough, Norfolk and Waveney, alongside a number of GP and pharmacy-led sites. The vaccination centre at the Corn Exchange King’s Lynn opened on 1st February and has delivered thousands of vaccines every week since.

Statistics published by NHS England on 18th February confirm, for the period up to 14th February, that 307,716 doses of the life-saving vaccination have been delivered to people living in Norfolk and Waveney through large vaccination, hospital, and primary care run sites, with 94% of over 80s, 97% of 75-79 year olds and 73% of 70-74 year olds receiving their first dose.