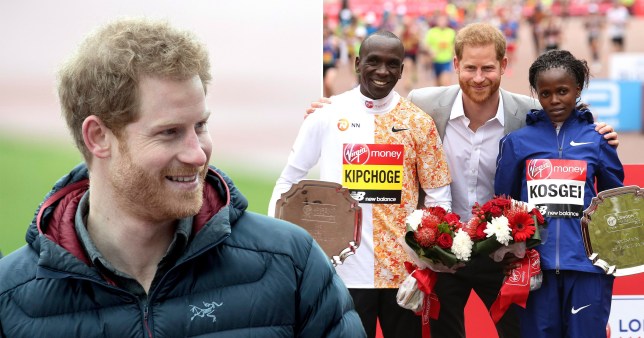 The Duke of Sussex was a ‘wonderful’ patron to The London Marathon Charitable Trust for nearly a decade (Picture: EPA/PA)

Prince Harry has been praised for his ‘unstinting support’ for the London Marathon Charitable Trust after he was stripped of his remaining military titles and patronages.

The Duke of Sussex was patron of the charity for nine years but his role came to an end in January as it was decided it would not be renewed.

He and pregnant wife Meghan Markle insisted ‘service is universal’ after telling the Queen they would not return as working members of the Royal Family.

Sir Rodney Walker, chairman of The London Marathon Charitable Trust, has described the duke as a ‘wonderful’ patron, after the royal lifted the lid on his new life in an interview yesterday.

The chairman said: ‘We are immensely grateful for his unstinting support and interest in our work over the past nine years.

‘Everyone at the trust and the wider London Marathon family sends our best wishes and thanks to the duke for all that he has done for the trust.’

During his time as patron, Harry was a regular presence at the London Marathon, presenting prizes to winners and meeting runners, volunteers and staff.

He was one of the official starters of the 2017 marathon, alongside Prince William and Kate Middleton, when the Royal Foundation’s Heads Together campaign was the event’s Charity of the Year. 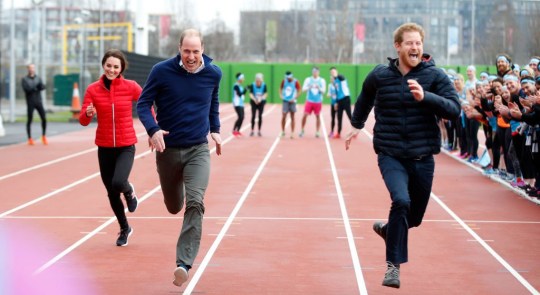 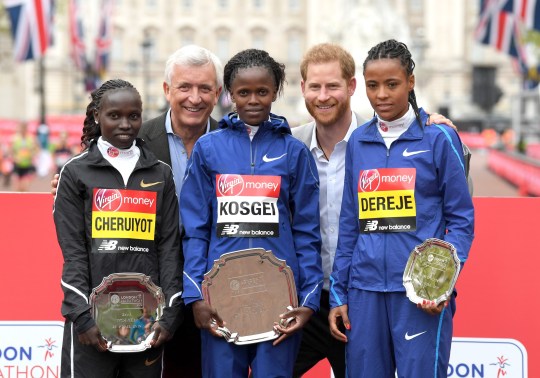 Vivian Cheruiyot of Kenya, Brigid Kosgei of Kenya and Roza Dereje of Ethiopia pose with Prince Harry, Duke of Sussex on the podium in 2019 (Picture: WireImage) 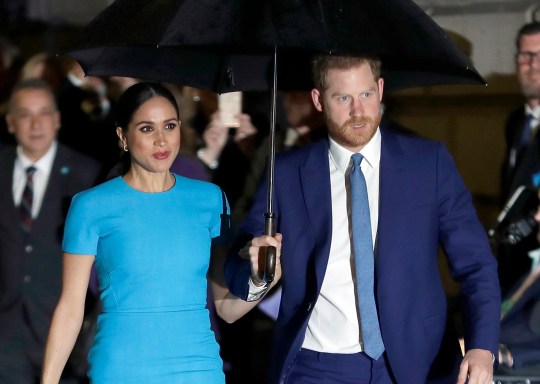 The Duke and Duchess of Sussex have been stripped of their remaining patronages by the Queen (Picture: AP)

In his final year, the duke recorded a video message to wish runners good luck ahead of the first ever virtual London Marathon.

The TV appearance – which saw the dad-of-one insist he had not turned his back on his family – is said to have sparked ‘disquiet’ among the royal fold.

He has been criticised for the timing of the show, which came hours after the Queen made a rare statement urging people doubtful about having the Covid vaccine to ‘think about others’.

However, recent reports suggest the Queen told her grandson she is delighted he has ‘found happiness’ with his new life in the States.

A source told the Daily Mirror the Queen was ‘sympathetic’ to his situation but asked him to uphold ‘family values’ as he pursues a life of financial independence outside the monarchy.

Harry, a former Army officer with a passion for the military family, will lose his roles as Captain General of the Royal Marines, Honorary Air Force Commandant of the Royal Air Force Base Honington, and Honorary Commodore-in-Chief of the Royal Naval Commands’ Small Ships and Diving.

The Duchess of Sussex has lost her patronages of the prestigious Royal National Theatre and the Association of Commonwealth Universities, and also has to give up her role as vice-president of The Queen’s Commonwealth Trust.