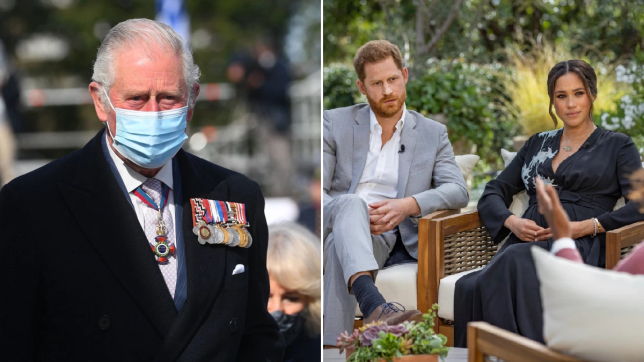 Prince Charles was ‘keen to correct’ some of the claims made, according to sources (Picture: PA/AFP/Getty)

Prince Charles wanted to release a ‘point-by-point’ response to Harry and Meghan’s bombshell interview with Oprah Winfrey, a royal correspondent has said.

Both the Prince of Wales, 72, and Prince William, 38, were said to be ‘keen to correct’ some of the allegations made in the CBS special.

Among the shocking claims made by the Duke and Duchess of Sussex was that an unnamed member of the Royal Family raised ‘concerns’ about what colour their baby Archie’s skin would be.

Meghan, 39, also said she had suicidal thoughts as she struggled with the pressure of being a single royal, and claimed she couldn’t get any help from Buckingham Palace.

She also suggested Archie was not given the title of prince because he is mixed-race, something royal experts have disputed, saying he didn’t get this title due to a specific part of royal protocol.

Meghan also said she received no help from the palace in shutting down rumours that she made Kate Middleton cry during a bridesmaid dress fitting, claiming it was actually the other way round.

Harry said his father Charles ‘stopped taking his calls’ after his move to the US and spoke of a deep rift between him and his brother William. 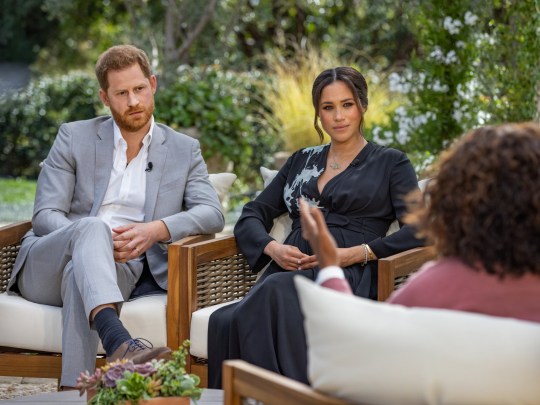 Prince Harry and Meghan Markle made ‘concerning’ claims about race and being cut off by the family (Picture: Getty Images)

Speaking to ET, royal expert Katie Nicholl said: ‘My understanding is that Prince Charles did want to issue a more detailed statement [in response] to the Oprah interview and possibly address some of those issues point by point.

‘But there was an evening to think about things and in the end, it was decided that a shorter statement would be better, [and] that going at things point by point could be potentially more damaging and give more ammunition for the row to continue.

‘I think Prince Charles and Prince William were keen to correct some of the things that the couple had said.’

She said the Prince of Wales was ‘particularly frustrated’ by the suggestion he cut-off the Sussexes financially.

Ms Nicholl added: ‘If you speak to sources in Charles’ camp, that wasn’t the case. He did continue funding them for quite some time after they moved first to Canada and then to America.’ 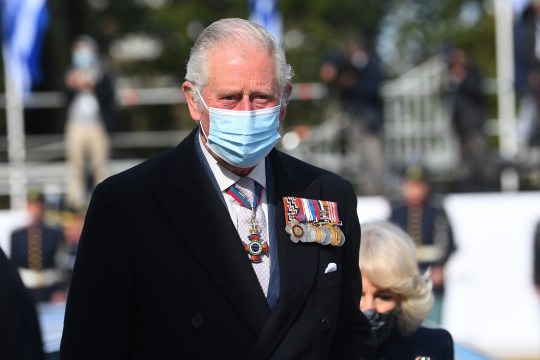 The Queen is reportedly planning to appoint a diversity tsar following Harry and Meghan’s claims about racism.

A Royal source told the Mail on Sunday: ‘This is an issue which has been taken very seriously across the Households.

‘We have the policies, procedures and programmes in place but we haven’t seen the progress we would like and accept more needs to be done. We can always improve.

‘We are not afraid to look at new ways of approaching it. The work to do this has been under way for some time now and comes with the full support of the family.’

In the aftermath of the interview, Buckingham Palace said in a statement that the racial issues raised were ‘concerning’. It added that some ‘recollections may vary’.

Prince William later commented: ‘We are very much not a racist family.’

Why people are turning to acupuncture to ease pain and stress