PRINCE Charles has shared a poignant message of support calling on world leaders to “help India”, amid the Covid “tsunami” sweeping the country.

He explained he has been “deeply saddened” by the devastating images revealing the true toll the disease has taken on the country. 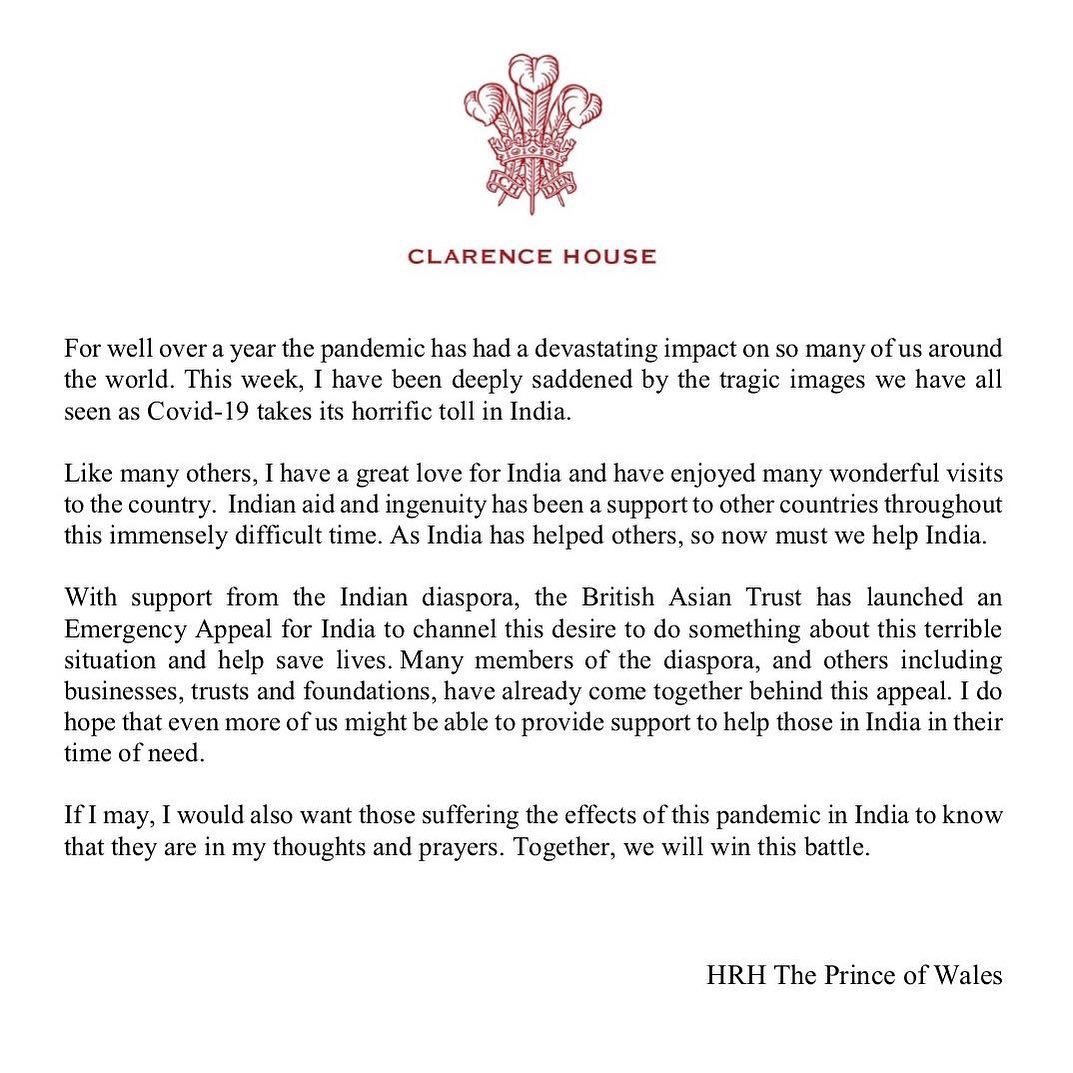 Prince Charles released a poignant message and asked international leaders to back the Oxygen for India appealCredit: Clarence House 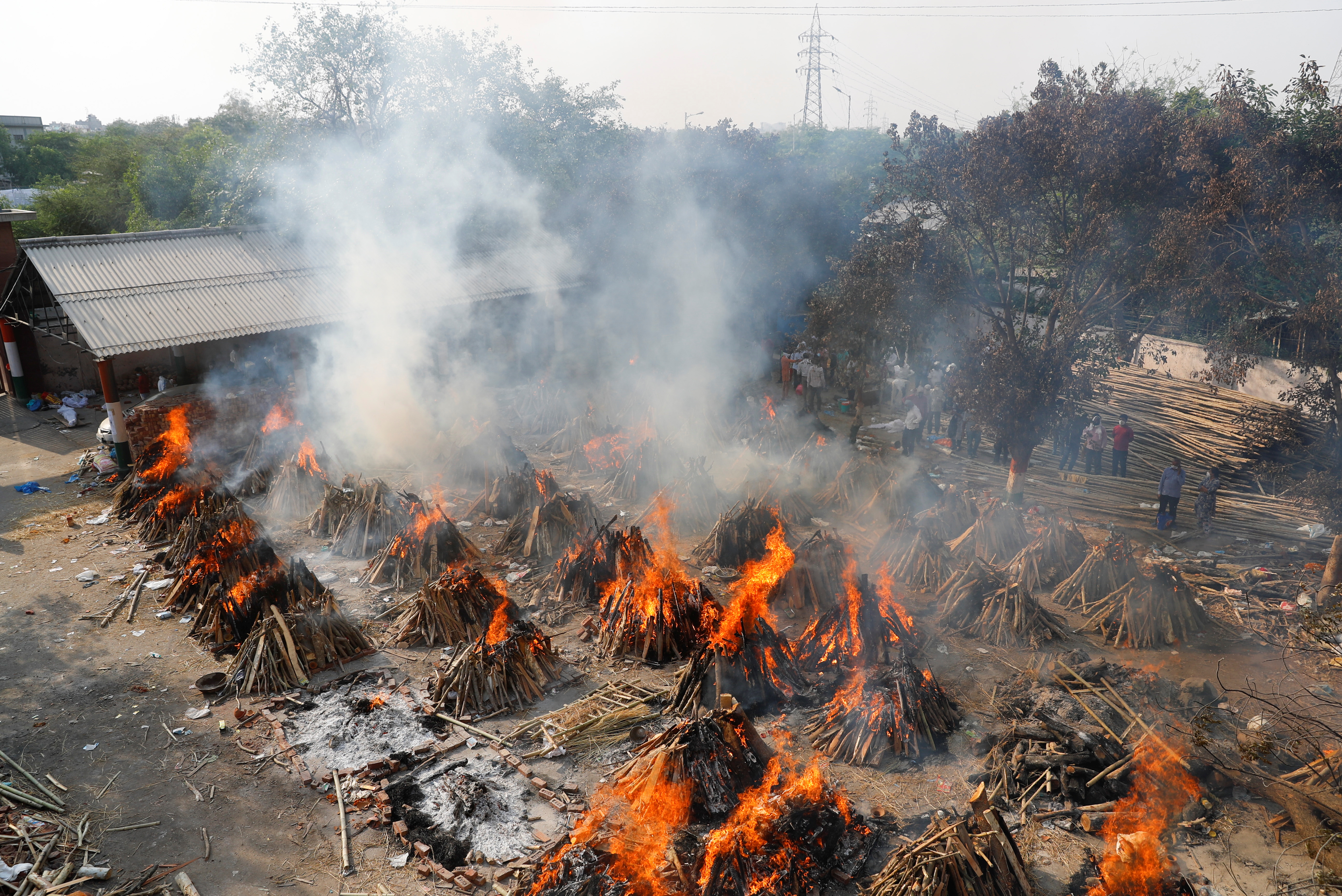 Cremations are taking place around the clock to cope with the shocking number of deathsCredit: Reuters

The heir to the throne spoke of his “great love” for India before announcing the British Asian Trust – which he founded in 2007 – has launched an emergency appeal to supply the stricken nation with oxygen.

Charles urged the public to back the Oxygen for India appeal to buy oxygen concentrators, which can extract oxygen from the air, to help relieve pressure on the struggling hospital infrastructure.

The official death toll has now surpassed 200,000 – but the real figures are thought to be alarmingly higher. The country has seen more Covid cases in the last seven days than any other country.

“Like many others, I have a great love for India and have enjoyed many wonderful visits to the country. Indian aid and ingenuity has been a support to other countries through this immensely difficult time,” the Prince said.

“As India has helped others, so now must we help India.” 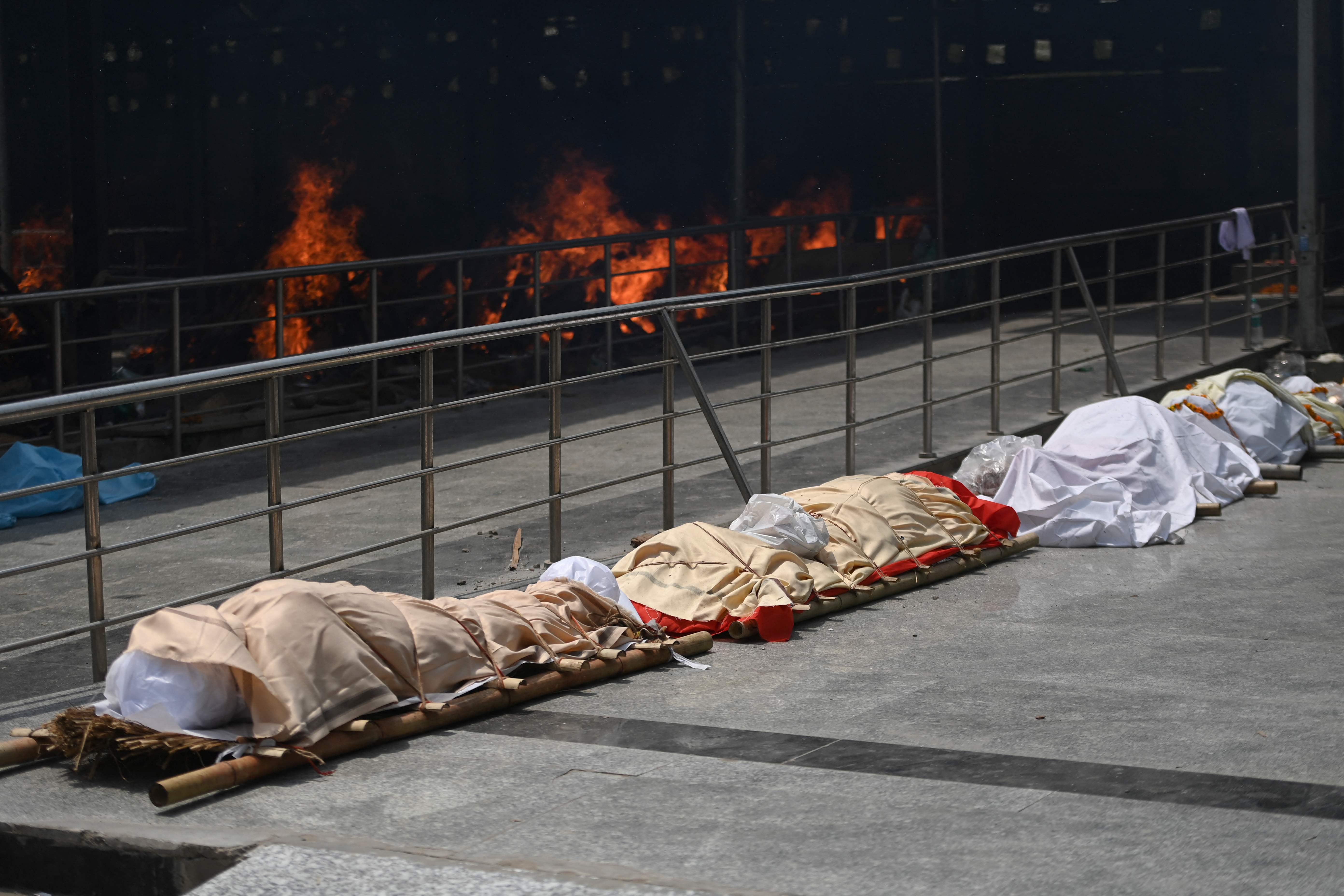 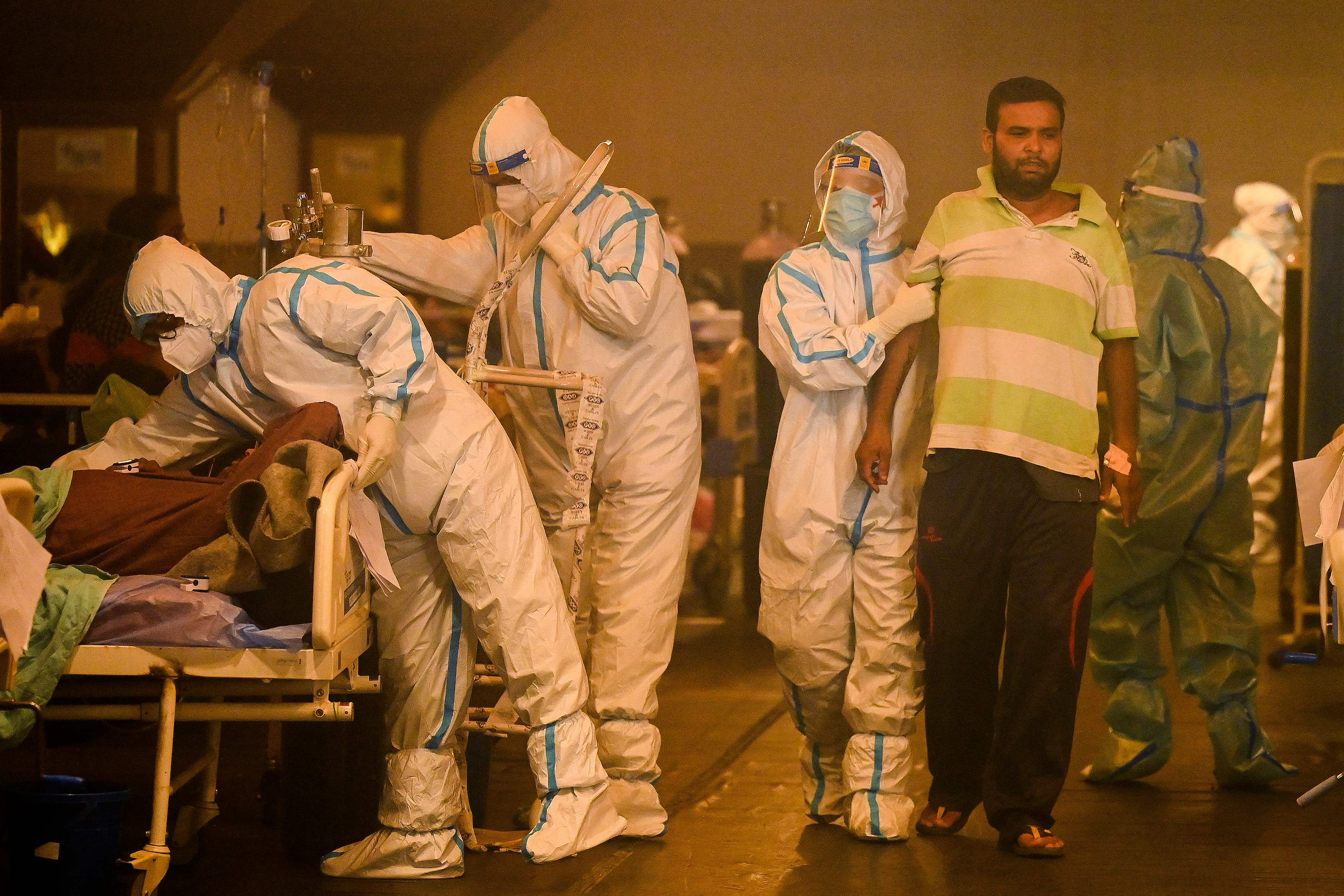 Hospitals are at breaking point across the country due to a lack of resources and medicineCredit: AFP

Charles offered his “thoughts and prayers” to those suffering in India, adding: “Together, we will win this battle.”

Various charities and GoFundMe’s have also been set up to collect donations to raise money for crucial oxygen aids as the country grapples with severe shortages of resources.

Desperate virus victims were reportedly throwing themselves off buildings as hospitals were forced to shut their doors to dying patients – as there is simply not enough beds.

Sufferers are left gasping for air on the streets, while some turn to the black market to purchase oxygen cylinders – at 1,500% the usual cost.

Harrowing footage from the ground shows a never-ending line of bodies waiting for cremation – which are taking place around the clock to cope with demand.

The ferocious second wave is being spearheaded by a a “supremely contagious” variant, according to Delhi’s chief minister Arvind Kejrilwal, who said it is causing more severe illness in sufferers.

Indians have took to social media to beg for help – while worried Brit families with family, friends, and loved ones stuck in the currently hellish country desperately attempt to send support. 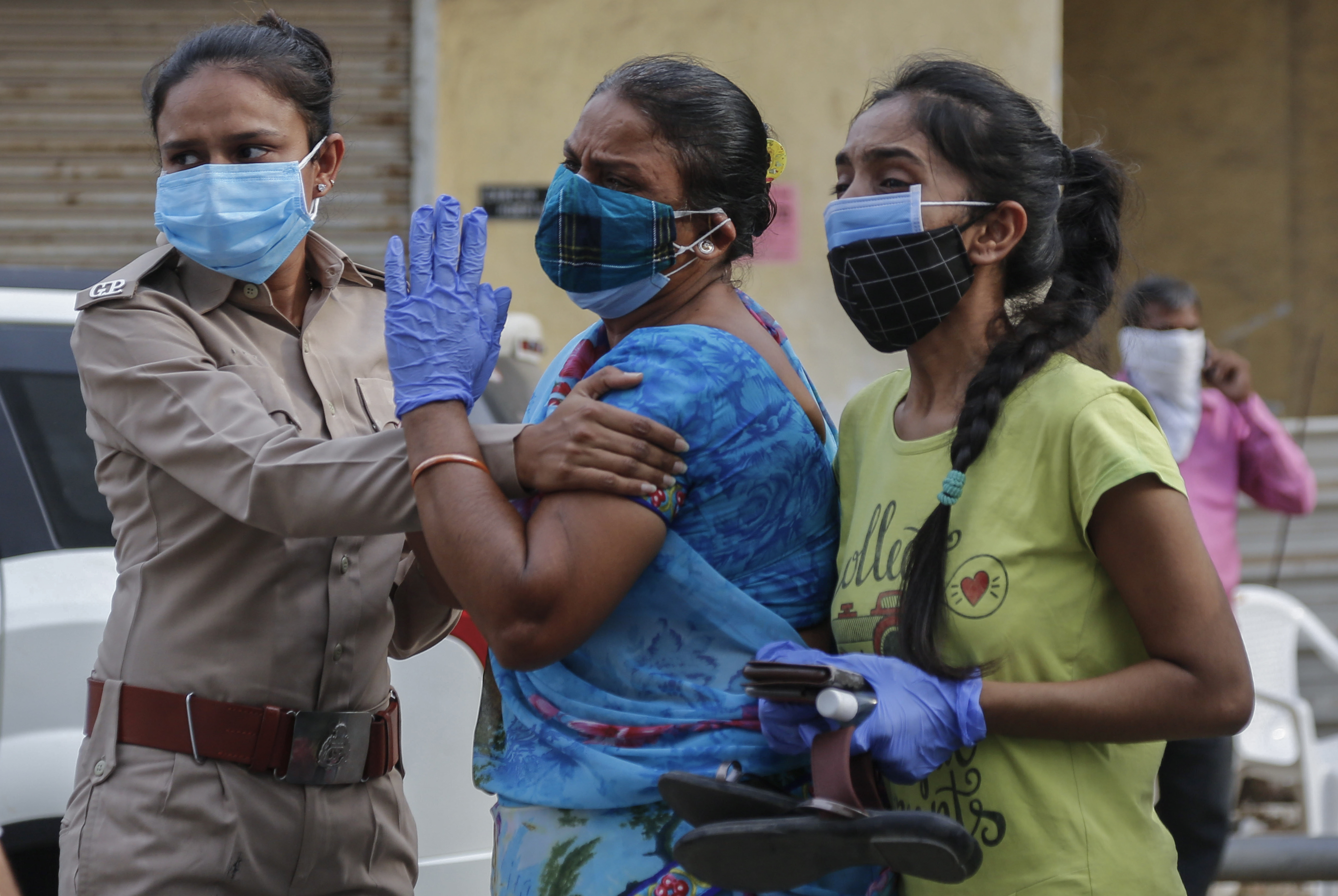 The ferocious second wave is being described as a “tsunami” sweeping across the countryCredit: AP 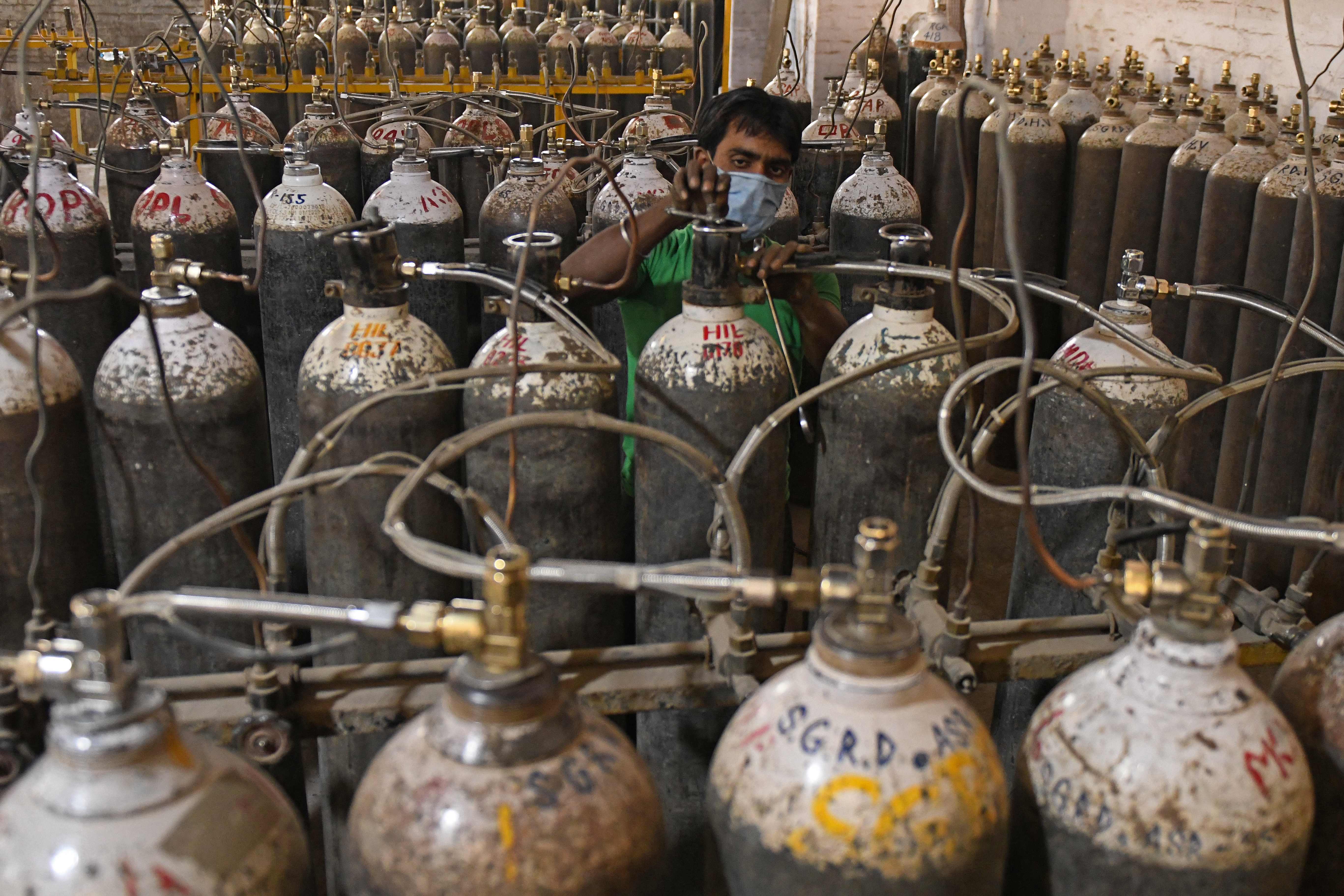 Oxygen cylinders, concentrators, and ventilators are in high demandCredit: AFP

The UK’s donation of ventilators and oxygen concentrators arrived in India on Tuesday, but it has done little to plug the gap.

Britain has a huge Indian diaspora community of about 1.4 million people.

Dubai, the US and the European Commission have each vowed to send medicine and oxygen.

Among the coronavirus chaos, the state of Assam has also been hit by an earthquake – damaging medical facilities which are already at breaking point.

India was once seen as a success story in beating the pandemic but PM Narendra Modi now stands accused of cover-ups and dismal failure – after he endorsed election rallies and religious festivals.

US President Joe Biden has promised to send vaccines and a “whole series of help” after a phone call with Modi on Monday.

Just 1.6% of Indians are fully vaccinated and less than 10% have received even one dose – despite the country producing two vaccines for worldwide distribution.

Registration has today opened up for vaccinations for all adults over 18, but officials have warned of shortages. 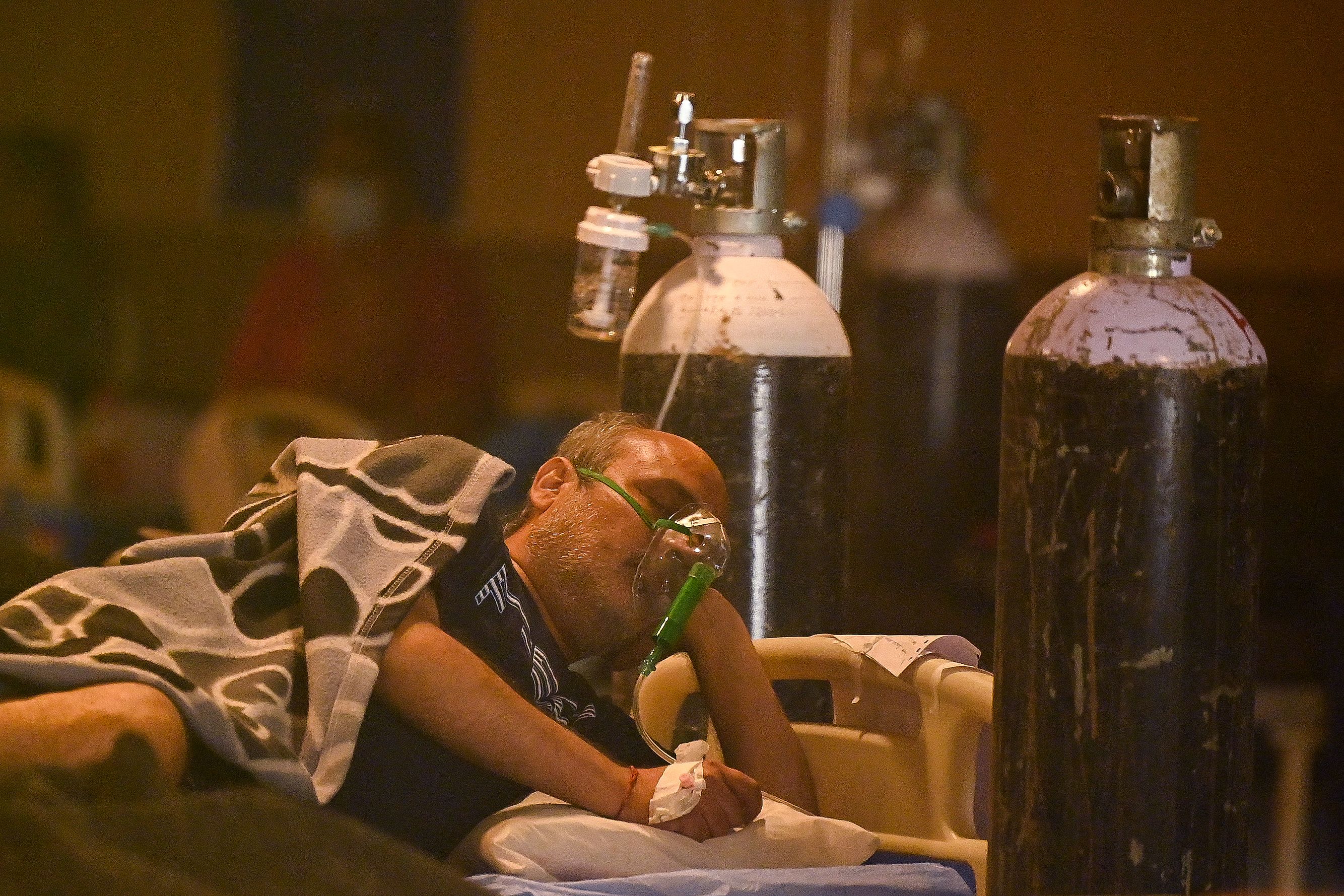 India’s international allies have pledged to send help to the struggling countryCredit: AFP 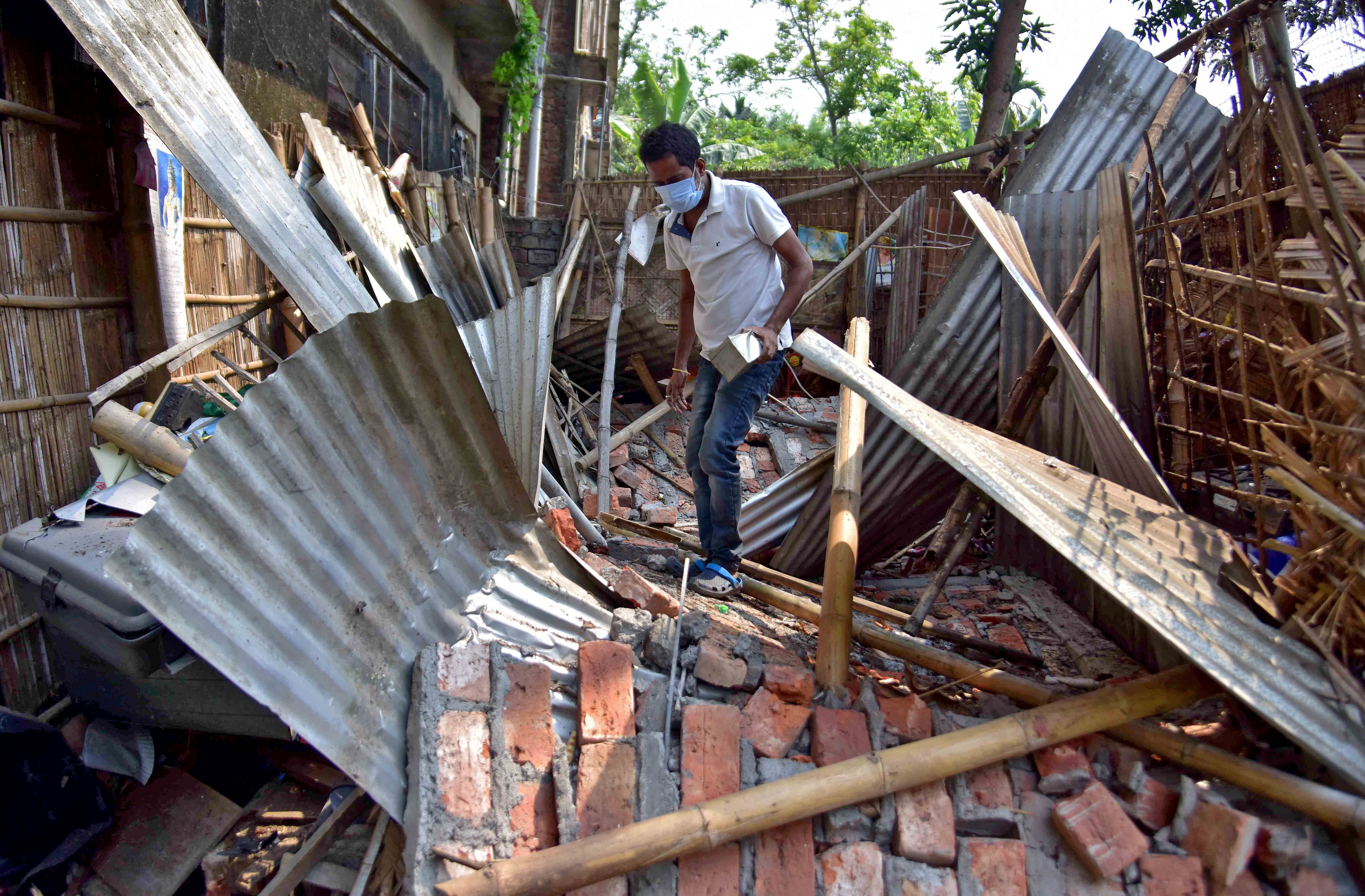 A man wading through the debris after the earthquake in Assam, IndiaCredit: Reuters