Clarence House later said the Prince of Wales had ‘no knowledge’ of the alleged scandal (Pictures: AFP/PA/Getty)

Prince Charles has made his first public appearance since his closest aide became embroiled in a cash-for-honours scandal.

The heir to the throne and his wife Camilla were given a tour of Kelvingrove Art Gallery and Museum in Glasgow, which is celebrating its 120th anniversary.

It comes after his former royal valet Michael Fawcett temporarily stepped down as chief executive of Charles’s charity The Prince’s Foundation after being accused of promising to help secure a knighthood and British citizenship for a Saudi billionaire donor.

A Clarence House spokesman later said: ‘The Prince of Wales has no knowledge of the alleged offer of honours or British citizenship on the basis of donation to his charities and fully supports the investigation now under way by The Prince’s Foundation.’

The Duchess of Cornwall stroked an albatross model as she and the Prince of Wales visited the building, which opened in 1901 for the Glasgow International Exhibition and in 1902 became the city’s civic art gallery and museum.

It reopened in 2006 after being closed for three years for refurbishment and has since welcomed more than 19 million visitors. 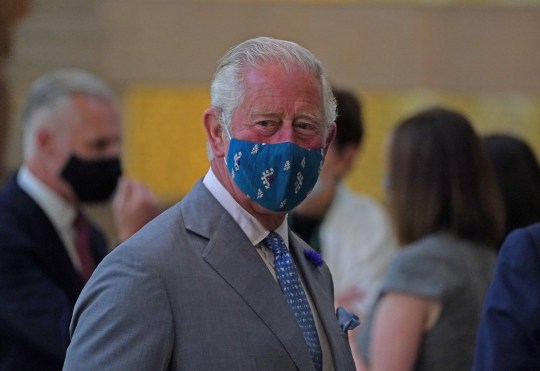 Prince Charles, known as the Duke of Rothesay when in Scotland, visits Kelvingrove Art Gallery and Museum (Picture: Getty) 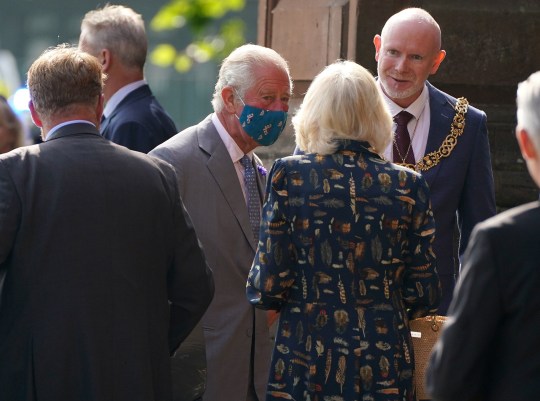 Charles and Camilla were given a tour of the building, which is celebrating its 120th anniversary (Picture: Getty) 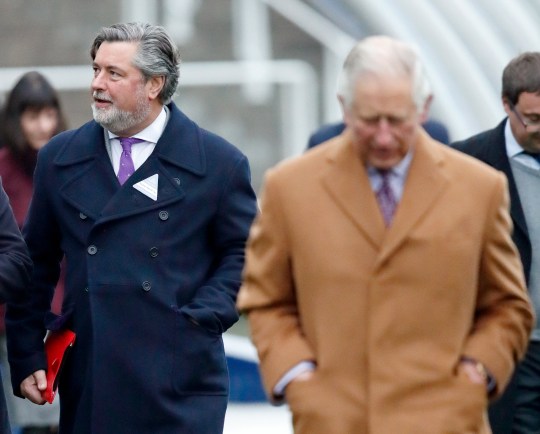 Charles and Camilla were greeted by the Lord-Lieutenant of Glasgow, Philip Braat, when they arrived at the museum on Tuesday and were introduced to Museum Manager, Neil Ballantyne and Head of Museums and Collections, Duncan Dornan.

They were then shown round the museum, where they saw exhibits including the painting Christ of St John of the Cross by Salvador Dali and a display about remembering Srebrenica.

Charles then went to see the Charles Rennie Mackintosh section and met students of the Glasgow School of Art, of which he is patron, while Camilla went to see the natural history collection.

She met children from Hillhead Primary who were holding a model of an albatross with its wings stretched out to show the wingspan, and gave it a pat on the head.

The duchess, dressed in a silk feather dress by Fiona Clare, chatted to the children and watched as they played a game, before moving on to see a model of what a haggis might look like if it were a real creature. 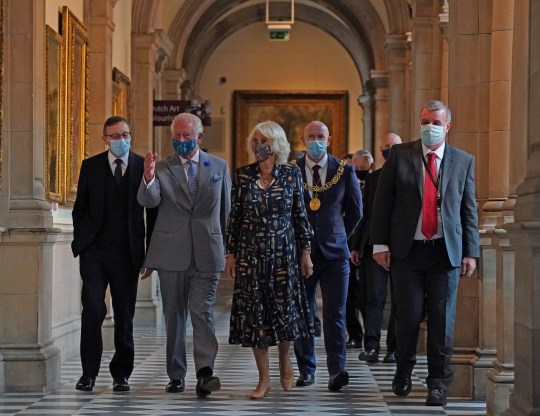 Charles and Camilla were greeted by the Lord-Lieutenant of Glasgow (Picture: Getty) 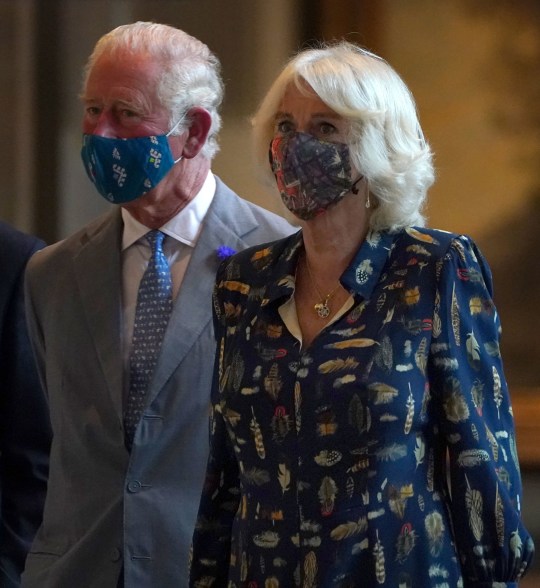 They were then shown round the museum (Picture: Getty)

During the visit they also met two schoolboys from Holyrood Secondary School in Glasgow, who had thought they were coming to an event about Cop26.

Muhammad Sarim, 13, an S3 pupil, said: ‘We came to talk about Cop26 and climate change with Nicola Sturgeon, but Prince Charles came so that was a bit of a surprise and really boosted our day.

‘He was really interested in home learning and how our education is going. He was very friendly.’

He added: ‘My mum won’t believe it but she’ll be so proud of me.’

Aaron Walsh, 17, who is in S6, said: ‘Camilla asked me about Glasgow, and we talked about climate change, and Charles asked about education and where we are in our studies and about home learning.’

Megan Gardner, depute headteacher, praised the boys, saying: ‘The boys came to speak about Cop26 but when we arrived it was a different event, so they got to meet Prince Charles. They spoke incredibly well.’ 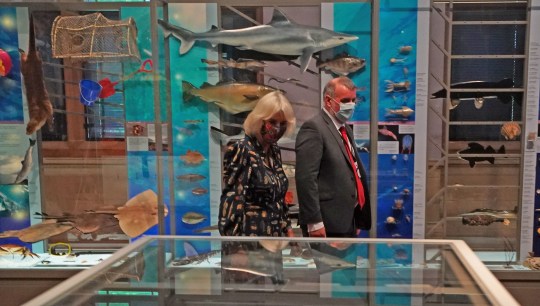 The museum and art gallery houses about 8,000 objects in 22 themed galleries (Picture: PA)

The museum and art gallery houses about 8,000 objects in 22 themed galleries with exhibits including paintings, suits of armour and a Spitfire which is suspended from the ceiling and hosts a variety of temporary exhibitions.

Mr Dornan said: ‘Their royal highnesses were very interested in the collections. It’s always a privilege to have a royal visit and we were very pleased to welcome them.

‘I think after such a difficult year it has been really very positive and a real boost to morale.’

He added: ‘The museum has had a hugely significant role in the lives of Glaswegians since it opened 120 years ago and it’s one of the most visited museums in the country.

‘It is really loved by local people and is also a major tourist destination.’