A plan to install a pizza vending machine at a beachside car park has drawn criticism from NHS doctors.

Portsmouth City Council applied for planning permission for the machine – among the first of its kind in the UK – for the D-Day Story car park in Southsea.

Even though operator Pizza Rebellion promises ‘freshly made and cooked pizzas using healthy ingredients’, GP Karen Malone argued it will ‘promote the mindset that ultra-processed food is healthy’.

‘I am quite frankly appalled that this is even being considered by the council,’ she said in a formal objection to the planning application.

‘We currently have an epidemic of both obesity and poor metabolic health, leading to chronic diseases that impact negatively on the health and wellbeing of the community.

‘I see the effects this has daily on both the patients, their families and the NHS. 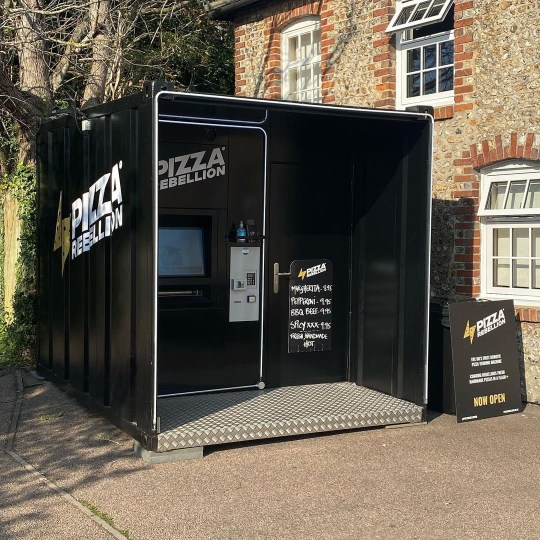 ‘The continual legacy of health problems that are a direct consequence of poor eating habits will also have an increasing financial impact on the services that the council will be required to provide long term.

‘It is the councils responsibility to promote good health and not encourage or support bad ones.’

Dr Jonathan Furniss, ambassador for Public Health Collaboration Charity, also said there are already ‘very many’ opportunities to purchase ultra processed food that is low in nutrients in Southsea.

‘Are there plans to install an automated unprocessed food vending machine offering options such as steak, eggs, fish or tofu salad, or anything that is likely to improve rather than harm health?’ he wrote.

Under the council’s plans, people will be able to buy ‘handmade craft pizzas’ for as little as £8.95. 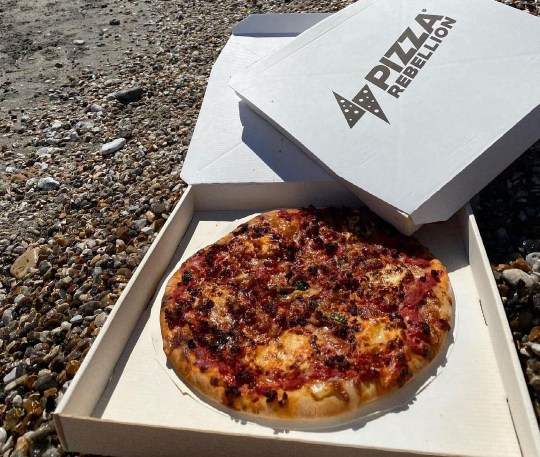 One local accused the council of ‘choosing revenue over the health of the community’ (Picture: Pizza Rebellion)

Pizza Rebellion already runs such businesses in Chichester, Brighton and Bognor Regis, with some mixed reviews.

The pizzas are handmade in the morning before being delivered to the machines where they are cooked automatically for four minutes.

Reviews left on Google say this is a ‘cool concept’ and ‘flavours are incredible’, but others thought the pizza ‘smelt like an old cloth’.

While there were only a dozen comments left under Portsmouth City Council’s proposal, most were negative.

Health coach Katie Delaney even accused the authority of ‘choosing revenue over the health of the community’.

A statement from the council said the vending machine is ‘an innovative idea and could be very popular’.

‘We’re always looking for new ways of providing quality food and drink on the seafront,’ it added.

‘If planning approval is given, the intention would be to run it for a trial period.

‘We’re committed to relocating the bike stands, which are now on the site, to a more convenient level location in another part of the car park.’