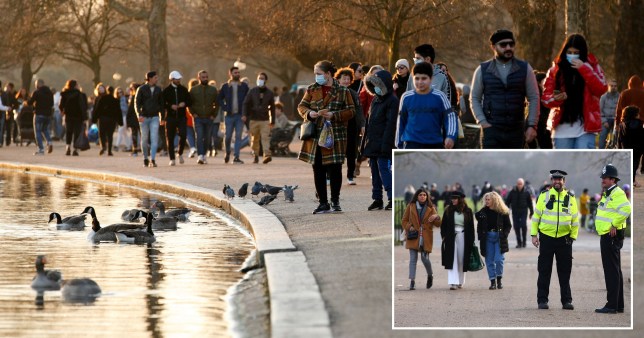 Police have lost the desire to break-up large groups who are contravening lockdown regulations because it is no longer manageable, a union chief has said.

Chairman of the Metropolitan Police Federation Ken Marsh revealed where his members stood after crowds flocked to parks and beaches this weekend to enjoy the good weather.

During lockdown, officers have frequently separated groups and also handed out fines to people who flouted regulations.

The rules will be relaxed from next Monday, with schools reopening and two people also allowed to meet outdoors for recreational purposes.

Mr Marsh told the Telegraph: ‘Police don’t want to police this. We have had enough of this. It is not policeable. It is not manageable.’

More measures will be lifted from March 29 when outdoor gatherings will be allowed either under the reinstated ‘rule of six’ or between two households if the group is larger.

Restrictions will gradually be reduced in stages until eventually on June 21, if everything goes to plan, ‘all legal limits on social contact’ will be removed. 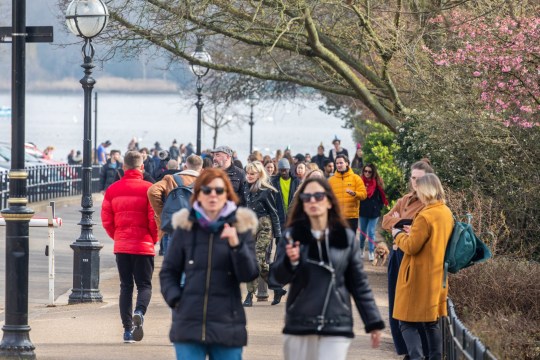 Members of the public enjoy a stroll in the sunshine in Hyde Park, London on Sunday (London News and Pictures)

Mr Marsh also said the federation sought legal advice on if officers could refuse to break social distancing rules until they had received a vaccine.

He added: ‘That is not what we want, but if we have to do that to protect my colleagues I will do that.

‘Ministers are just not listening. It is not right police are having to police huge crowds without the jab.’

Police officers and teachers will not be prioritised for the next phase of the UK’s vaccination programme, it has been confirmed. 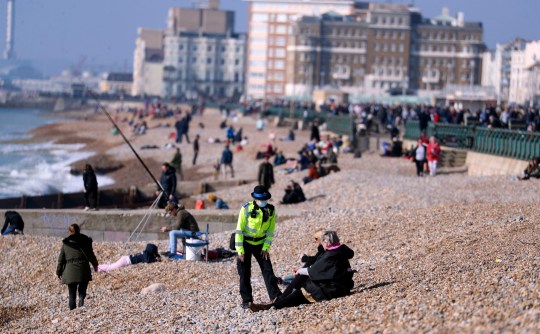 Instead the Government will opt for a more simple age-based approach, with 40 to 49 year olds next in line.

The Joint Committee on Vaccination and Immunisation (JCVI) had considered whether to make a priority group for teachers and police, who could potentially be more exposed to Covid-19 through their public-facing jobs.

But the advisory group concluded the most effective way to prevent death and hospital admission is to prioritise people by age.

The Met Police said it remains committed to enforcing social distancing rules but admitted fines would only be given to the most serious offenders like those at illegal parties.