Police officers ‘should have phones and social media accounts trawled’

The official tasked with investigating police forces wants officers to have their phones check to root out sexists and racists.

Sir Tom Winsor has called for a crackdown on ‘revolting’ online misconduct, including the sharing of crime scene photos and use of homophobic slurs.

The chief inspector of constabulary likened the proposal to the practice of random drug testing.

British policing is in a period of soul-searching after the conviction of PC Wayne Couzens for abduction, rape and murder.

The Met is under pressure to uncover how a man nicknamed ‘the rapist’ by some colleagues was allowed to serve in London’s police force.

It also comes after Deniz Jaffer, 48, and Jamie Lewis, 33, admitted they photographed the bodies of two murdered sisters.

The pair are facing jail for taking pictures of Bibaa Henry and Nicole Smallman, who were stabbed to death in a park in Wembley, in a crime described by Sir Tom as ‘unspeakably disgusting’ 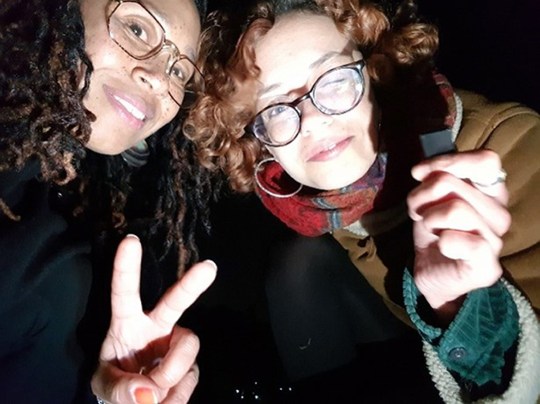 Two police officers are facing jail after photographs of the bodies of two murdered sisters were shared (Picture: PA)

A subsequent investigation found another officer may have taken and shared a photograph at the scene of a ‘sudden death’ and two colleagues either knew about it, received or viewed it.

With confidence in the police shattered for many, the government is looking for ways to improve standards and bolster the vetting process.

Sir Tom told The Times privacy concerns should be waived to allow for the random phone and social media checks.

He said: ‘Let’s say rather than put the information on an electronic message, the person in question wrote it down, put it in an envelope and posted it to another person.

‘Nobody would seriously assert that the paper correspondence should be confidential in all circumstances. 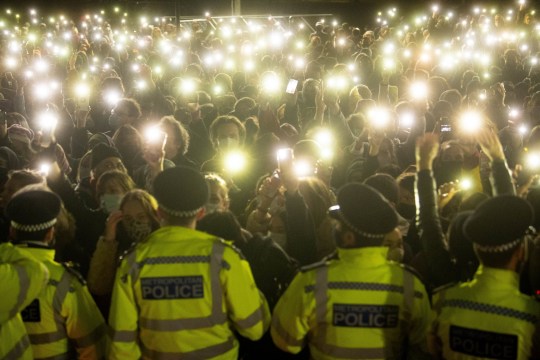 The murder of Sarah Everard by a serving police officer has raised troubling questions about the culture inside Britain’s police forces (Picture: PA)

‘The right to privacy of your correspondence, under the Human Rights Convention, is not an absolute right.’

He said the introduction of higher standards to become a police officer is another proposal under consideration.

In March, home secretary Priti Patel tasked the inspectorate with launching an immediate review into ‘police handling of female victims and engagement with women and girls’.