A police officer put his life on the line when he ran into a burning building to rescue the families and children inside.

PC Spencer Lunn, 26, said he acted instinctively to safely evacuate residents as flames tore through the block of flats.

He was driving through Selly Oak in Birmingham on December 9 when he spotted the blaze.

He immediately got out of his vehicle and ran into the building, banging on doors and shouting to get everyone’s attention.

Bodycam footage shows PC Lunn shouting: ‘Police! Police! Fire! Everyone outside!’ as he makes his way through the property.

One resident can be heard saying: ‘I’ll get the kids, I’ve got kids upstairs,’ as the officer makes everyone aware of the blaze.

PC Lunn, who has been with West Midlands Police for three years, said: ‘It all happened so fast and I was just operating on adrenaline.

‘I just reacted and did what I thought was right at the time as the only thing going through my mind was getting people out safely and making sure no one was trapped inside or if anyone was unaware as to what was happening. 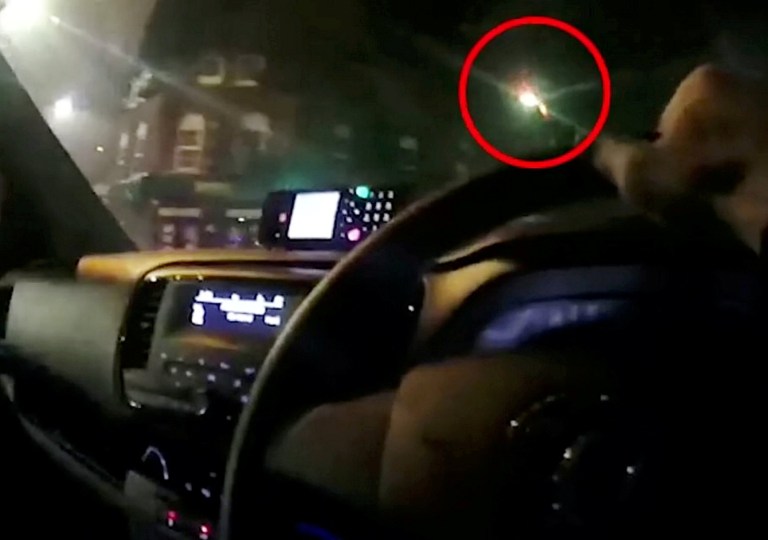 PC Spencer Lunn notices the fire when being out on patrol in Selly Oak, Birmingham (Picture: West Midlands Police / SWNS) 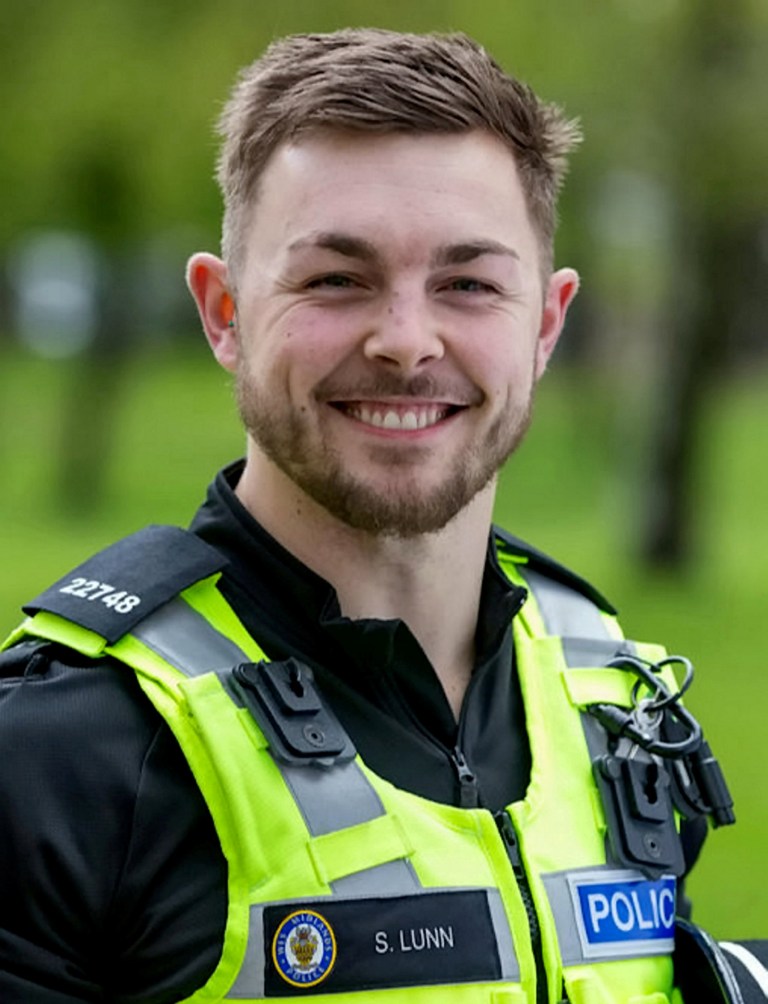 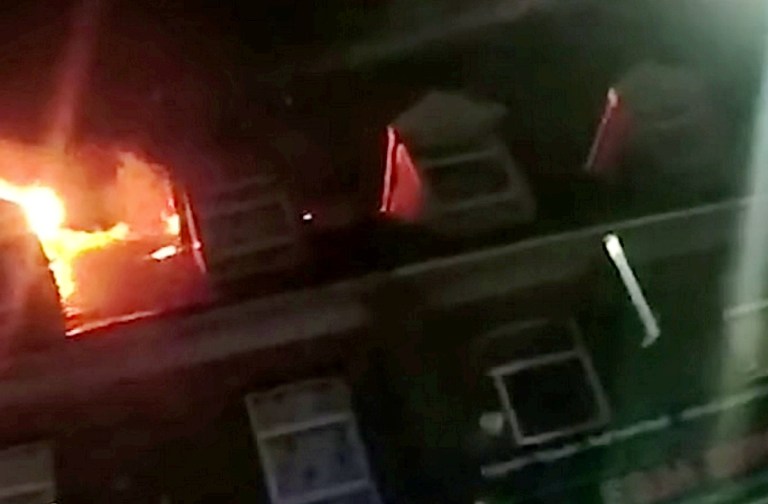 Flames could be seen coming out of the top of the building before he decided to run in (Picture: West Midlands Police / SWNS)

‘The fire was popping and crackling and it really was intense at the time.

‘I didn’t know that it had spread so quickly and when I came face-to-face with it, it was certainly a shock.

‘It was great teamwork from everyone, and the other agencies including West Midlands Ambulance Service and West Midlands Fire Service, and thankfully nobody was injured.’

The video also shows the moment he stumbled across the cause of the fire – bin bags lining the staircase of a cannabis factory operating from one of the flats.

PC Lunn swears and exclaims: ‘What’s all this?’ before calling through on his police radio: ‘We have a suspected cannabis farm.’ 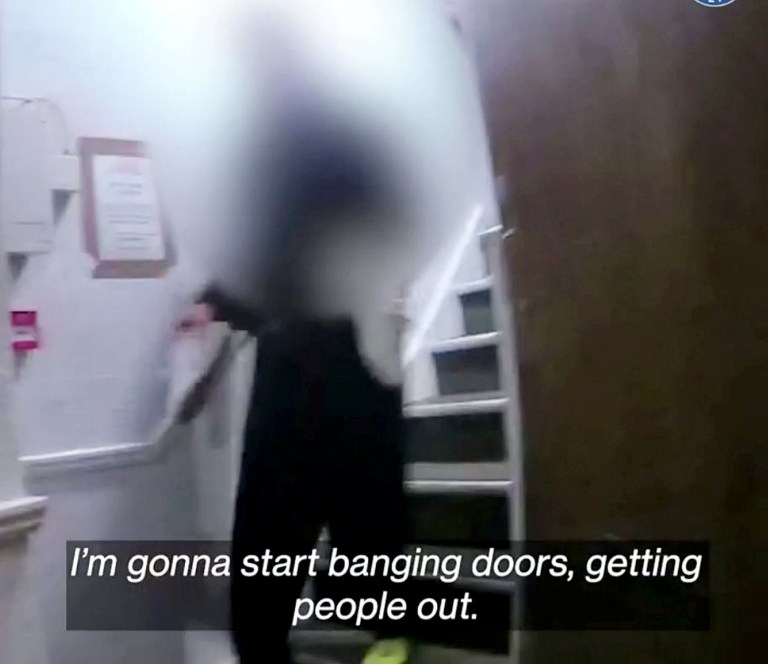 He quickly decided to bang on doors and get families and children out of the building (Picture: West Midlands Police / SWNS) 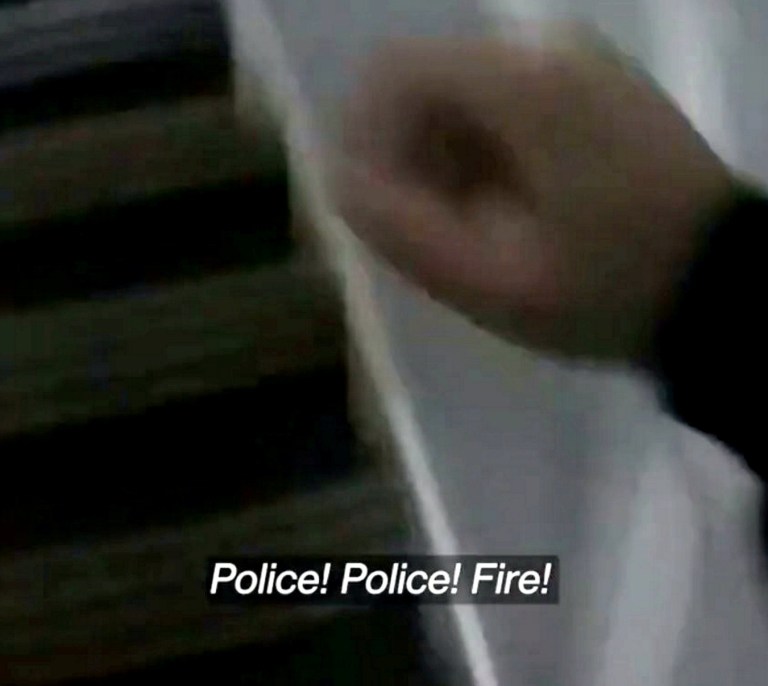 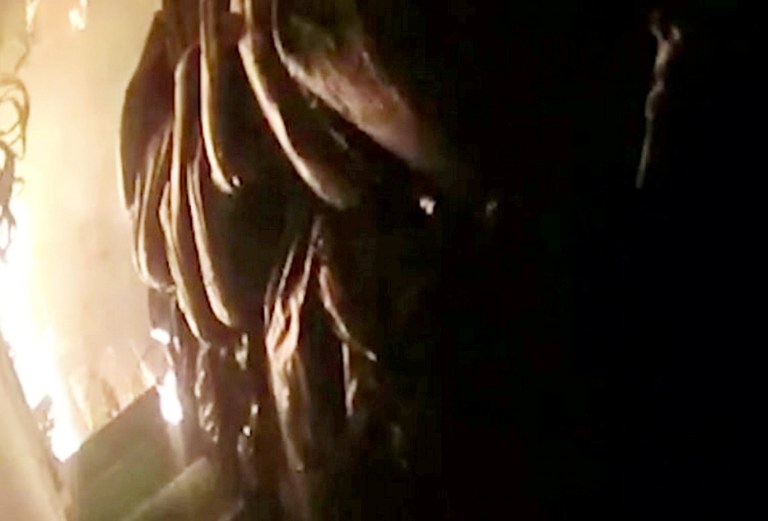 The moment PC Lunn stumbled across the cause of the blaze (Picture: West Midlands Police / SWNS)

Later, he is shown telling a colleague arriving at the scene: ‘We were literally going up, saw the flames and called it in.

‘We’ve gone round the back to try and clear all the flats out.’

PC Lunn is part of West Midlands Police’s Force Support Unit, which helps at crime scenes and other operations.

His boss, chief inspector Imran Mirza, said: ‘This was brilliant work from Spencer.

‘He put others before himself and ran toward the danger, as our officers so often have to do.

‘His efforts on that night really embodied our values of protecting the public and helping those in need.’

An investigation to identify those behind the cannabis factory which caused the fire is continuing.

How Arsenal freed up staggering £32.8m-a-YEAR in wages from Mikel Arteta offloading his unwanted flops in January