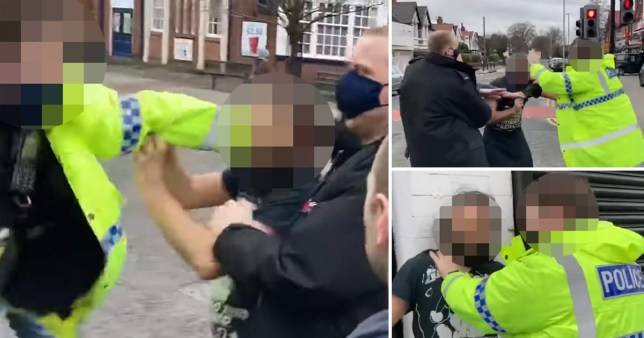 A video has emerged of a police officer appearing to punch a cafe worker after closing down a packed cafe with ‘100 customers’ in Manchester.

In the clip, the officer appears to hit the man in the face as a huge crowd surrounds the pair. More police then intervene, and the footage ends with the cafe worker laughing as he is pinned up against a wall.

A spokesperson for Greater Manchester Police (GMP) said the officers had been responding to reports of non-compliance with Covid-19 restrictions at a cafe on Burnage Lane.

One police officer was assaulted at the scene while attempting to ‘engage with individuals and disperse attendees’, the spokesperson said. They did not require hospital treatment.

A man, 38, was arrested on suspicion of assaulting an emergency worker and resisting arrest, and remains in custody. Fourteen Fixed Penalties Notices were issued to those in attendance.

GMP also said they were aware of the video showing ‘a man who appears to be struck by a police officer’ and said they would continue to assess all circumstances of the incident, including the footage. 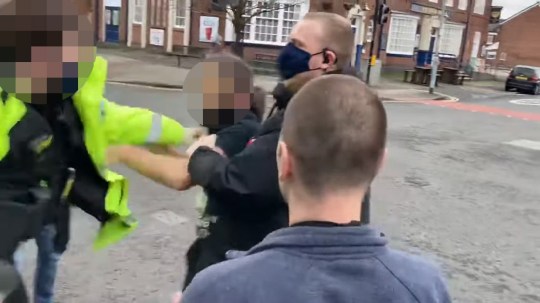 The officer was filmed hitting out at the man (Picture: @88gaz88)

They will also be examining another clip, filmed inside the packed cafe. In the footage, two police officers can be seen speaking to staff members amid tables full of customers not socially distancing or wearing masks. Children are also among the crowds.

The cafe worker, who was later seemingly hit by the police officer, is then led outside by the officers, as the customers jeer, clap and quickly follow.

During both clips, onlookers can be heard shouting at the officers, ‘he’s trying to earn a living’, ‘you will pay for this’ and ‘you will get what you deserve, have you got children?’

The owners of the cafe have been open about their defiance of lockdown restrictions and have continuously posted on Facebook about operating as normal. 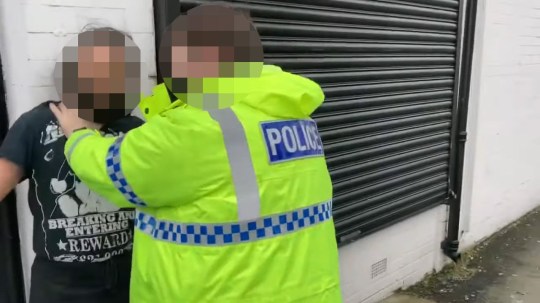 The clip ended with the cafe worker being detained (Picture: @88gaz88)

They also shared pictures of a £1,000 fine they’d received from Manchester City Council and uploaded a clip of officers visiting the cafe earlier this week.

In August they wrote: ‘Hi everyone, the Covid-19 propaganda doesn’t apply to our shop. We are open as usual. No muzzle needed when you get here.’

Speaking today, a witness said: ‘They’ve been open for takeaways, but recently we’ve seen people sitting inside. Today there were about 50 or 60 people inside and outside.

‘No-one was wearing a mask. It was like they were protesting [against the lockdown]. About 10 police cars turned up. 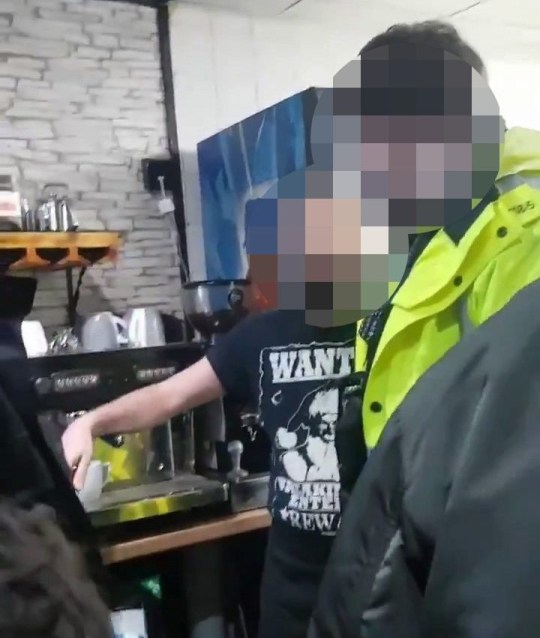 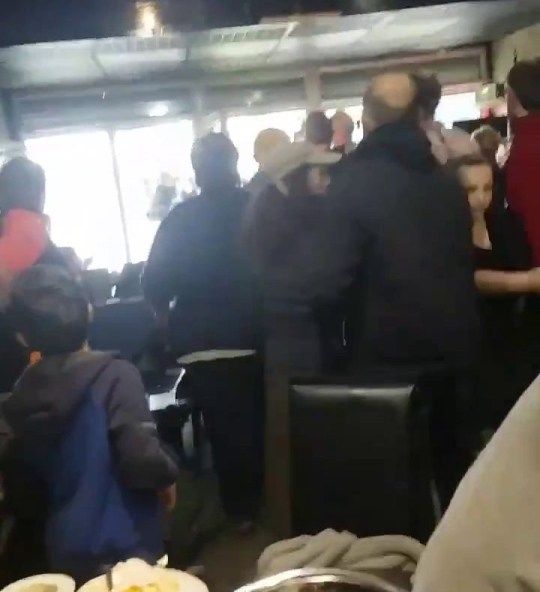 The cafe has proudly declared they are not closing despite lockdown restrictions (Picture: @88gaz88)

‘He’s a nice guy [the cafe owner]. We go there for coffee. I don’t know what’s going through their minds.’

Another bystander said: ‘I was inside, I heard lots of noise. There were so many people outside. The police caught one man and arrested him. Everybody was making movies on their phones.’