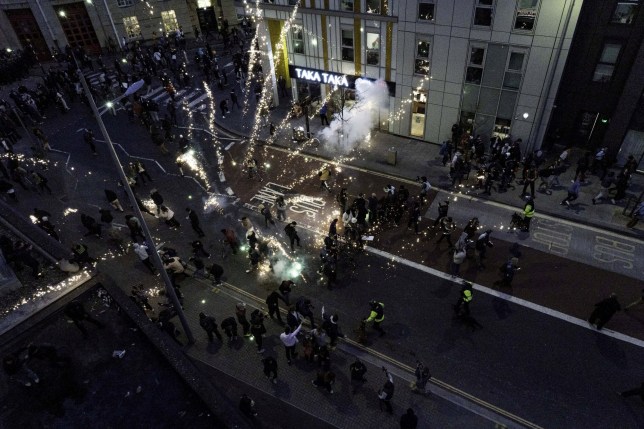 A total of 40 officers were injured during the riot (Picture: SWNS)

A police chief has admitted reports that officers had suffered broken bones and a punctured lung during a riot in Bristol were not true.

Speaking outside the damaged police station on Monday morning, Chief Constable Andy Marsh revealed two officers had suffered the serious injuries amid the violence on Sunday.

But a statement from the force has now confirmed Mr Marsh believed their injuries to be more serious than they were when he addressed the media.

‘We clarified the extent of injuries proactively in our official media update this morning to be as transparent as possible,’ the force said. 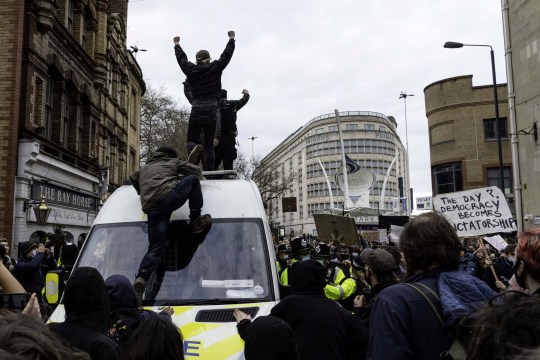 The officer who was said to have suffered a punctured lung still needed hospital treatment and a CT scan, the statement added.

Forty officers and one member of the press were attacked after the peaceful ‘Kill the Bill’ protest descended into chaos.

Police vehicles were set on fire, rocks and fireworks were thrown into crowds and the windows of a police station were smashed.

So far nine people have been arrested in connection with the disorder on Sunday. 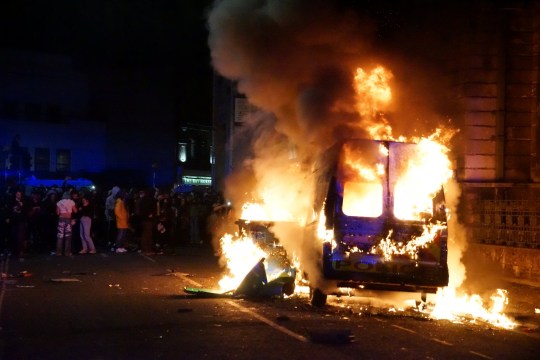 Police cars were set alight during the chaos (Picture: SWNS) 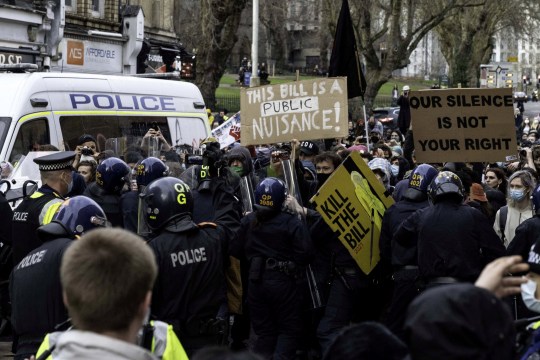 One member of the media was also attacked (Picture: SWNS)

The original ‘Kill the Bill’ demonstration was against the Government’s Police, Crime, Sentencing and Courts Bill, which would see the police handed new powers to tackle protests.

Chief Superintendent Carolyn Belafonte said the investigation into Sunday’s riot could be one of the largest in the history of Avon and Somerset Police.

She added: ‘The fact we’re investigating 40 assaults on officers and a member of the media as the result of one incident shows the scale of wanton disorder which took place that night. 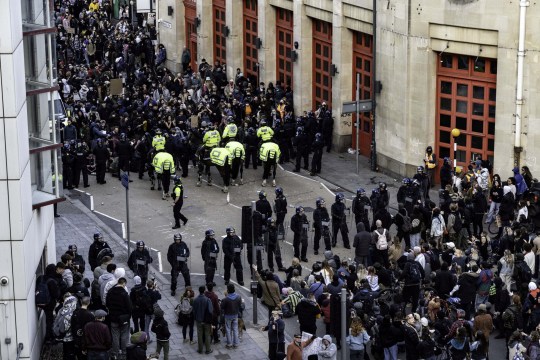 Avon and Somerset Police said the number of attacks ‘shows the scale of wanton disorder which took place that night’ (Picture: SWNS) 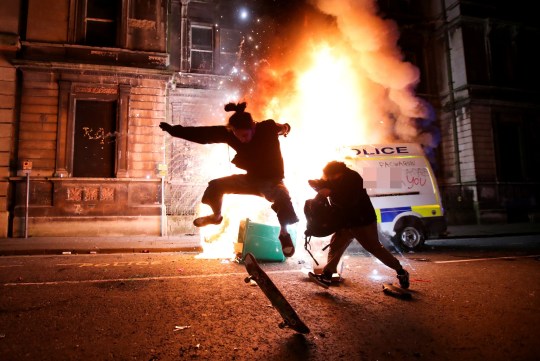 A protester skateboards in front of a burning police vehicle (Picture: Reuters) 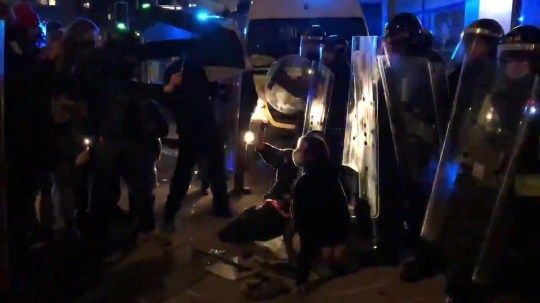 A woman pulls her pants down and squats in front of police during the Kill the Bill protest (Picture: SWNS) 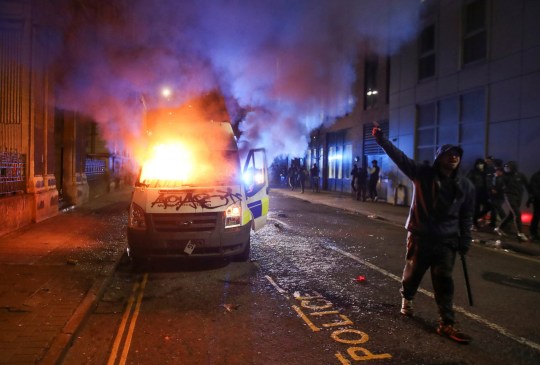 ‘Through painstaking work to examine more than two terabytes worth of digital footage, we believe we’re making clear progress to identify those responsible and anticipate further images will be released soon to the online gallery we’ve set up.

‘One of the people we believe we’ve already identified is a suspect in the fire which destroyed a mobile community police station.

‘We’d like to thank every member of the public who’s got in touch to provide footage, information or to pass on their well-wishes and kind thoughts.’

On Tuesday, 14 people were arrested during a second night of protests after a crowd gathered at Bristol’s College Green.

Kelly Clarkson ‘Can’t Even Imagine’ Getting Married Again After Divorce