Following the mass sacking on Thursday — which saw some staff escorted off ships — ferries between Liverpool and Dublin have been crewed by Filipinos on contracts that pay below the minimum wage, The Rail, Maritime and Transport union (RMT) has said.

Reports suggest a Maltese company has been put in charge of recruitment.

Shipping companies that are registered in other countries and operating routes from UK ports to Europe can pay below the minimum wage because they are exempt from UK employment law.

Mick Lynch, RMT general secretary said: ‘The weakness in UK employment law has not only allowed the mass dismissing of UK seafarers it has also incentivised this barbaric behaviour because employers know there may be no effective sanction to stop them doing so, and on top of that they can get away with paying below the minimum wage.’

He said while agency staff may start on higher wages the union feared they would ‘eventually’ move to rates below the minimum ‘simply because there is nothing to stop [P&O Ferries] from doing so’.

‘We fear poverty pay will be accompanied by seafarers being chained to 12-hour day, seven-day week contracts that operate continuously for six months, with no pension,’ he added.

The union has called for a boycott of P&O services and is urging the government to look at legal options to reinstate the sacked workers. 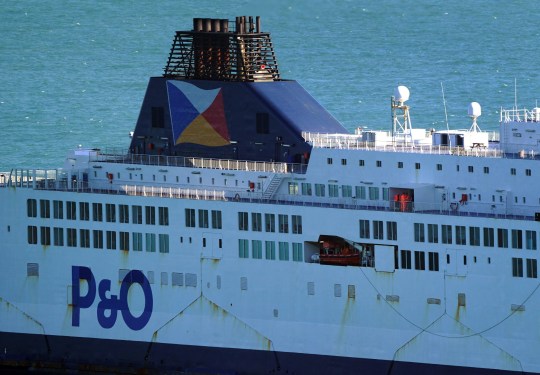 P&O, which lost £100million last year, said of the mass sacking: ‘We took this difficult decision as a last resort after full consideration of all other options’ (Picture: PA)

More demonstrations backing the calls are planned in the coming days with growing pressure on P&O to reverse its decision.

A protest will be held outside Parliament today and at the P&O ferry terminal in Cairnryan, southern Scotland, on Wednesday.

‘There was no attempt to challenge P&O on these unconscionable tactics,’ she said.

‘This a national scandal. It has to be a catalyst for change on workers’ rights. 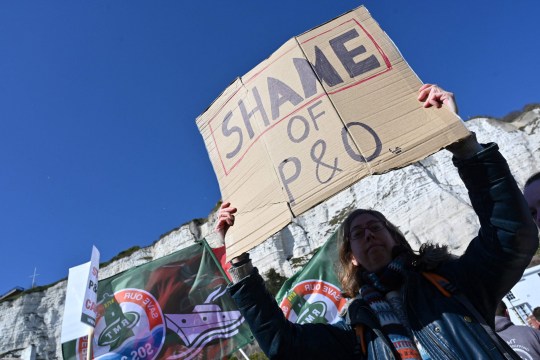 The government has been urged to act after 800 people lost their jobs (Picture: Glyn KIRK / AFP) 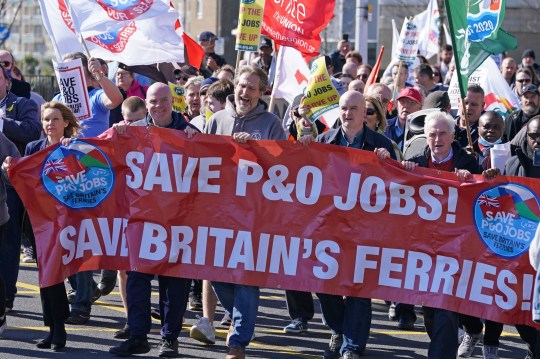 More protests are planned for this week (Picture: PA)

‘It’s time for the Government to urgently bring forward an employment Bill to stop workers from being treated like disposable labour and make sure what happened at P&O never happens again.

‘P&O has acted appallingly. The company must immediately reinstate all sacked staff with no loss of pay.’

A spokesperson for P&O Ferries said: ‘We took this difficult decision as a last resort and only after full consideration of all other options, but, ultimately, we concluded that the business wouldn’t survive without fundamentally changed crewing arrangements, which in turn would inevitably result in redundancies.

‘We also took the view, in good faith, that reaching agreement on the way forward would be impossible and, against this background, that the process itself would be highly disruptive, not just for the business but for UK trade and tourism.

‘We have offered enhanced severance terms to those affected to properly and promptly compensate them for the lack of warning and consultation.’

The firm, which lost £100 million last year, added that the teams escorting P&O staff off its vessels were ‘totally professional’ and ‘contrary to rumours’ did not wear balaclavas or use handcuffs.

Labour will today force an emergency Commons vote on the sackings and demand the so-called fire and rehire of staff is outlawed.