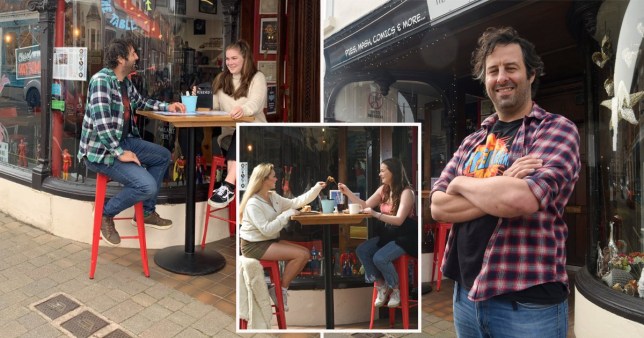 Piecaramba! only had seven bookings for its Monday relaunch but enjoyed a constant trade and a mention on Have I Got News for You (Picture: Piecaramba!/Solent)

An aperitif-sized restaurant with just one table has hailed an ‘amazing’ reopening on Monday despite only taking seven bookings.

Piecaramba! in Winchester, Hampshire, fired up its first dish for the two-person perch as the lockdown restrictions were eased yesterday.

The independent business only has one outdoor table but that hasn’t cooled the owners’ enthusiasm about welcoming its loyal customers.

The pie and mash shop, which has rave reviews from the likes of food critic Jay Rayner, described it as a ‘stepping stone’ back to relative normality.

Its cult-like status also earnt the venue a mention on the BBC’s Have I Got News for You as it became the subject of a question by host David Tennant.

Co-director Phil Linssen told Metro.co.uk: ‘It was amazing to reopen, we were obviously pretty booked up for that one table. It was absolutely fine and manageable.

‘We’ve got other sites which were crazy but it was good fun. We’ve got really loyal customers who came back to join us and we’d been booked up for quite a while.

‘It’s a bit of novelty having one table out the front for two people, we’re never going to be over-run but it was just good to get those customers back to eat with us again.

‘Seven bookings might not sound like much but it’s about keeping things spaced out and leaving our customers time to relax.’ 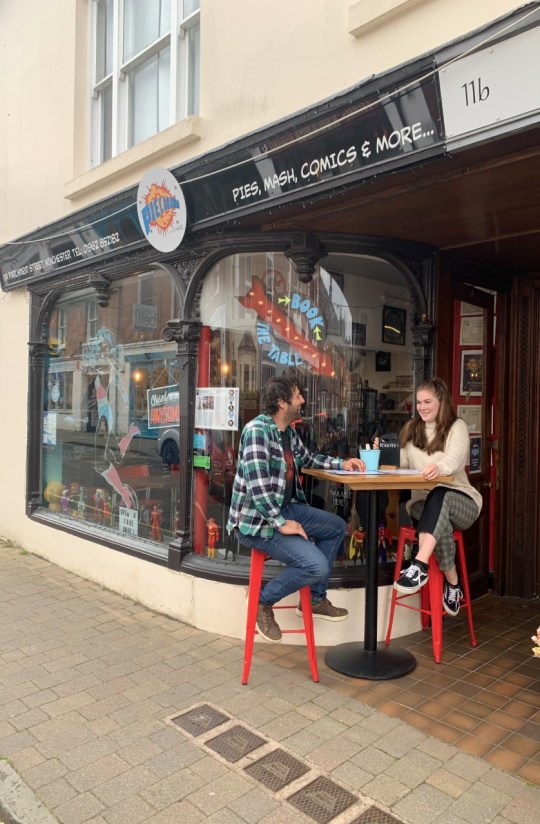 Piecaramba! in Winchester has resumed trade at its only outdoor table (Picture: Piecaramba!)

First service for the restaurant was a steak and ale pie named the ‘Holy Cow’, and was soon followed by a burger pie, featuring two patties, tomato relish and gherkins.

‘It’s a huge stepping stone to have customers return to eat with us,’ he said.

‘Our community within the business is so important and we can’t do anything without our customers, so it’s great to be able to interact with them and talk to them.

‘Everything else has been through Deliveroo or Uber Eats so it’s nice to see them again because they’re the reason we do this. It’s a milestone on the road back to normality.’ 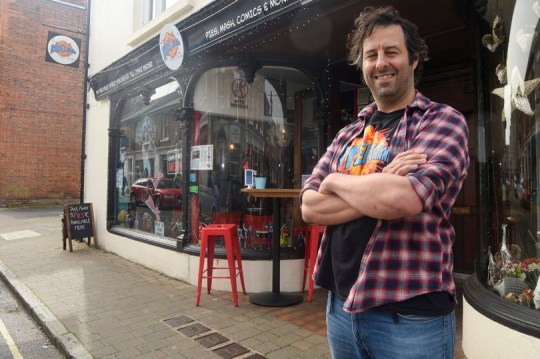 Co-owner Rob Litchfield outside the pie and mash shop which is believed to be Britain’s only one-table restaurant (Picture: Solent News) 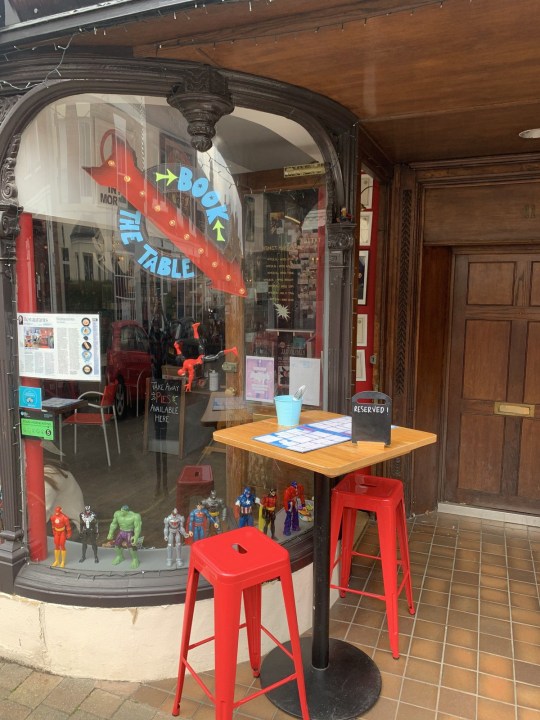 The pride of place in Piecaramba! is an outdoor table on a thin strip of pavement which seats two diners (Picture: Piecaramba!)

Thought to be the UK’s only one-table restaurant, it has made the most of the thin strip of pavement outside the shop’s entrance.

Phil said: ‘We take bookings for the table as supply is small but demand is high.

‘We have table service and follow all the guidelines with social distancing. It’s just like any other dining experience, except it’s just a lot more personal and intimate.’

The hospitality industry resumed al fresco dining and drinking yesterday as Covid restrictions were eased by the Government.

‘The roadmap looks pretty positive and I’m hoping we can reopen fully in May or June,’ Phil added.

‘Everyone looks to the Government as some sort of parent saying we can go out so everyone can go nuts. But I’m hoping we can use our wits as people by following the guidelines and using our common sense.

‘If everyone does that we should be alright.’

Phil and co-owner Rob Litchfield came up with the idea for Piecaramba! in October 2016, channeling their love of pies, comics and pop culture into the project.