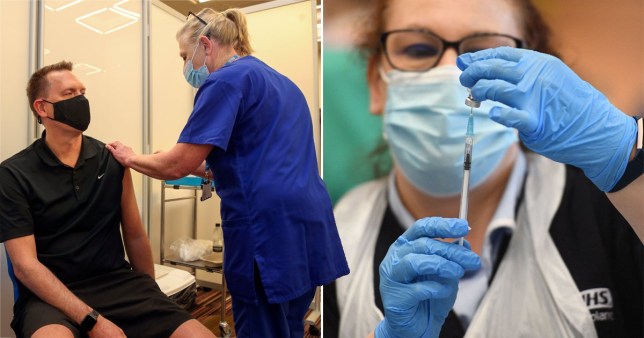 The Pfizer vaccine can reduce hospital admissions for Covid by 75% among the elderly, a study has found (Picture: Getty Images)

The Pfizer vaccine can cut emergency elderly hospital admissions for Covid by three quarters, a new NHS study has found.

Older people who have received the jab are less likely to be admitted to hospital or have a positive Covid test when compared to unvaccinated people, the research by the NHS and the University of Manchester revealed.

The study looked at data from more than 170,000 people aged 80 to 83 who received the Pfizer/BioNTech vaccine between December 15 and 20 last year.

This was then compared to data from ‘matched controls’ aged 76 to 79, who had not yet received the jab across the same period.

The research concluded that, within just 21 days of a first dose of the vaccine, hospital admissions were reduced by 50% for those who had received the jab. Infections also dropped by 55%.

Emergency admissions were then reduced by 75% between 35 and 41 days after the first dose, while infections dropped by 70%. 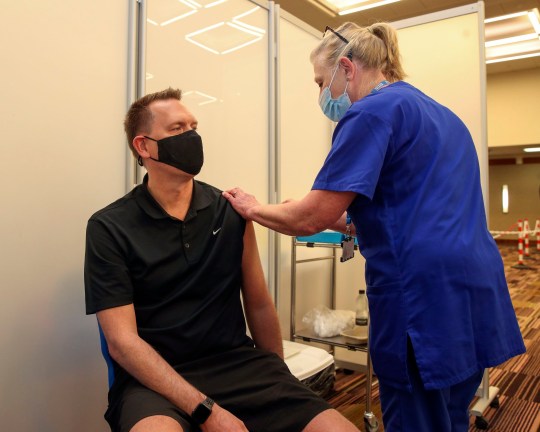 The study has now been published on the National Institute for Health Research Greater Manchester website.

Sir Simon Steven, CEO of the NHS, said of the results: ‘Vaccines are successfully reducing hospitalisations and deaths amongst the cohorts that have had the vaccine.

‘Data that we have analysed shows a 75% reduction in emergency Covid hospitalisations for the vaccination cohorts and, as more and more people are vaccinated, that effect will widen.

‘So, with the next step of the opening process that began on Monday, we obviously have to track very carefully what that means for infection rates. 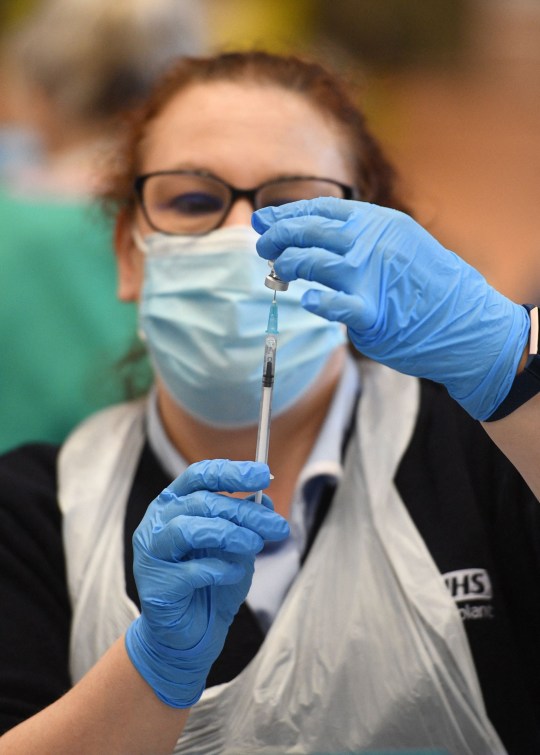 ‘In terms of the vaccination programme, that is going extremely well and it’s a huge credit to everybody involved.’

Earlier this week Health Secretary Matt Hancock celebrated more than 40 million doses of Covid vaccines being delivered across the UK. The figure is made up of 32.3 million first doses and 8.1 million second jabs.

It means that all of the country’s nine priority groups, including the clinically vulnerable and healthcare workers, have had the chance to receive their jab.

Brits between the ages of 45 and 50 are now being invited to get a vaccine as the Government seeks to fulfil its target of offering every adult a jab by the end of July.