PEOPLE smugglers could face life sentences under Priti Patel’s plans to crack down on Channel crossings.

The current maximum sentence for people smuggling is 14 years’ imprisonment, but the Home Secretary is reportedly concerned that the average sentence received is three years. 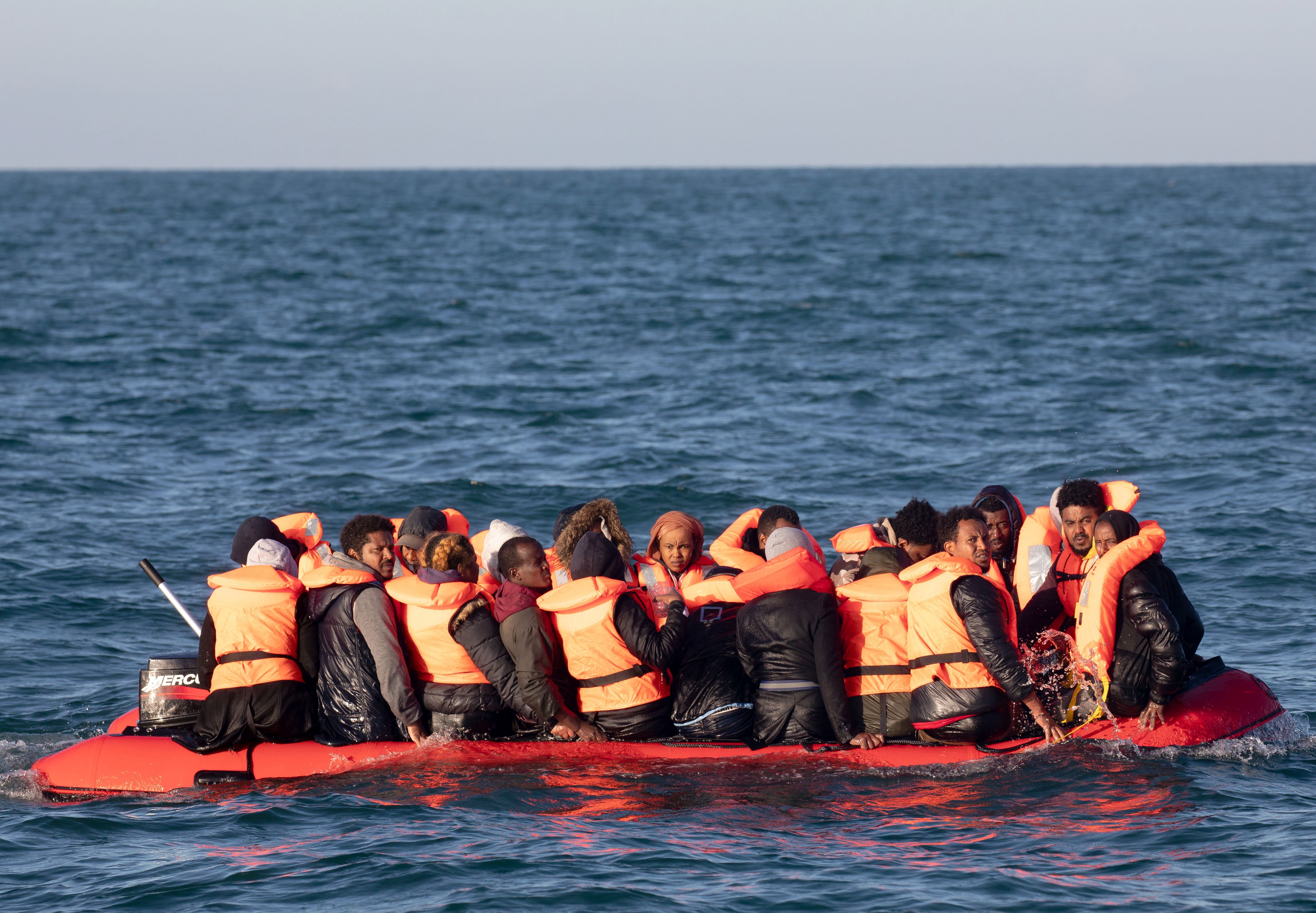 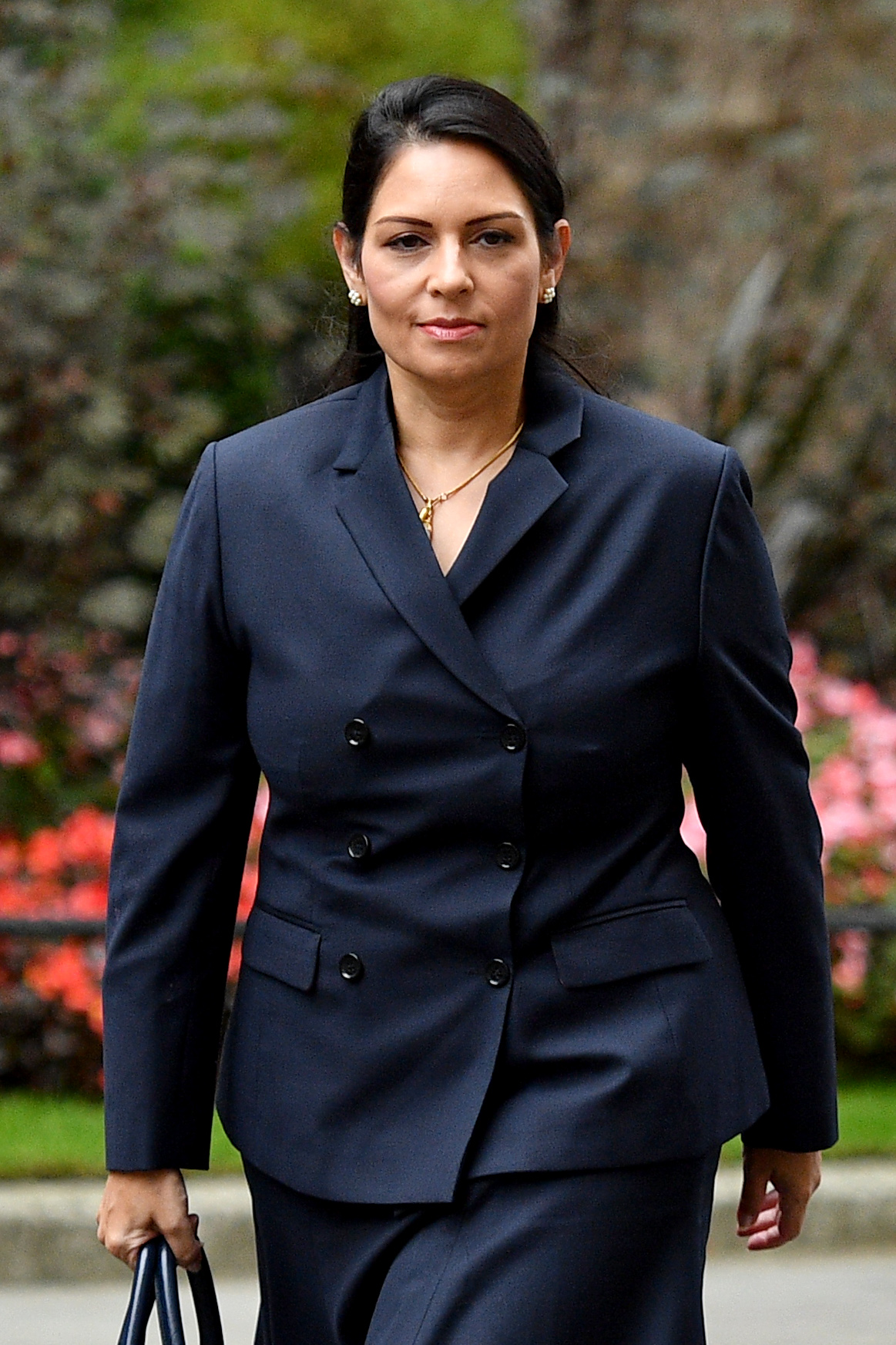 Priti Patel is expected to increase the length of sentences for people smugglersCredit: Getty Images – Getty

Ms Patel is expected to announce the move in a bid to increase the average length of sentences for gangsters convicted of assisting illegal immigration, The Times reports.

The longer jail terms would be part of a series of measures due to take effect from next year.

A Home Office spokesman said: “Whilst criminal gangs continue to put lives at risk it is right we consider every option to stop their exploitation of people.”

He added that ministers would set out further details “in the coming weeks”.

A Home Office source told The Times that the move would “send a clear message” that the government considers smuggling people in small boats in the Channel to be on a par with attempted murder.

The source added: “We need to be sentencing people on the basis it is practically equivalent to firing rifles into a crowded room in terms of the risk they are taking with other people’s lives.”

Currently, smugglers receiving the maximum sentence of 14 years are likely to serve fewer than five years.

With a guilty plea, the sentence would be reduced to nine years and four months, meaning the smuggler would be eligible for automatic early release on licence after four years and nine months.

With a maximum sentence of life, anyone receiving it would not be released early – which would lead to longer overall sentences.

A Home Office source said: “Hopefully we’ll see [life sentences] used in the worst cases, and then in other cases we will start seeing the 12, 15, 20-year sentences that these people aren’t getting at the moment.” 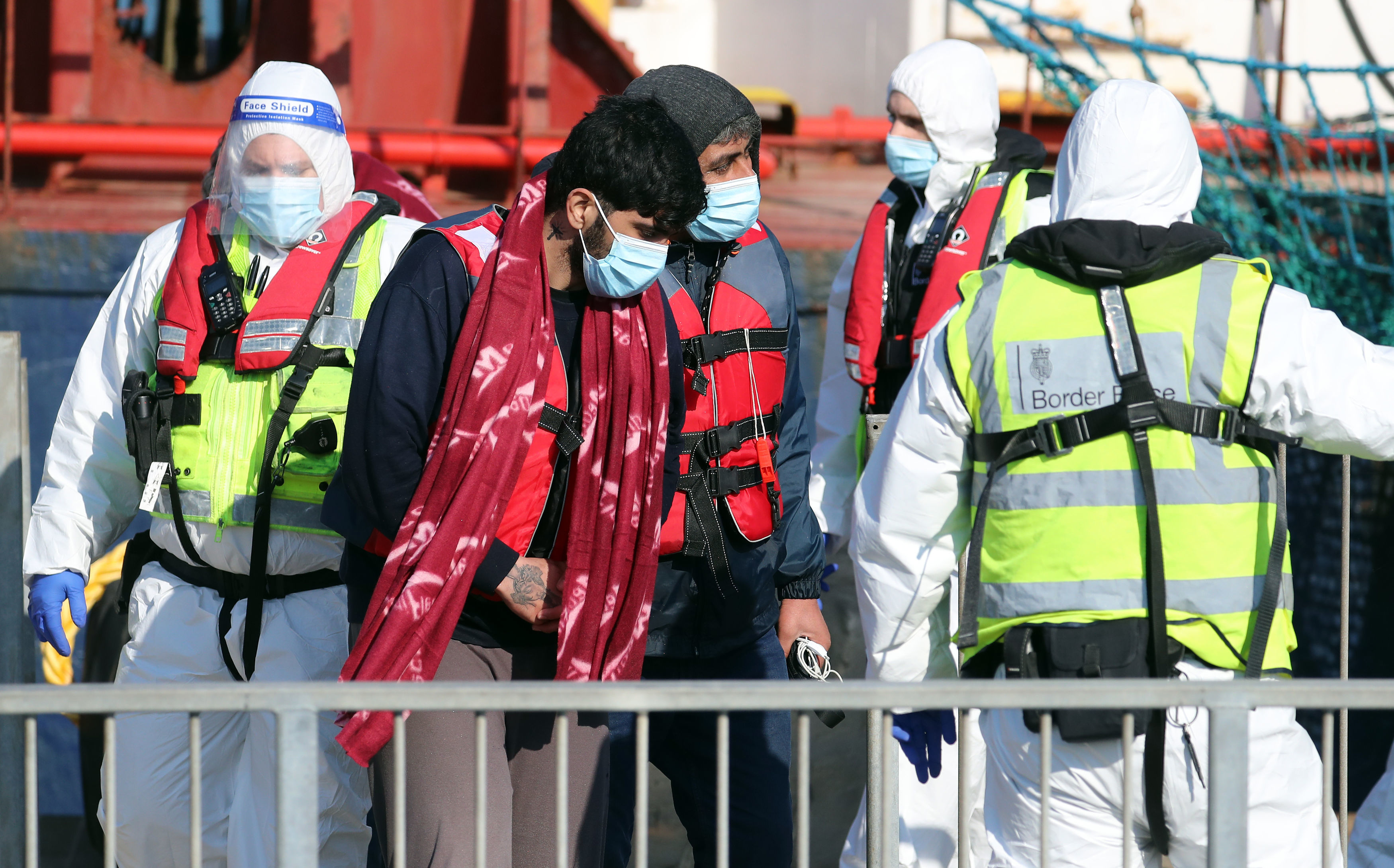 Border Force officers wearing PPE escort a group of migrants as they are brought in to DoverCredit: PA:Press Association 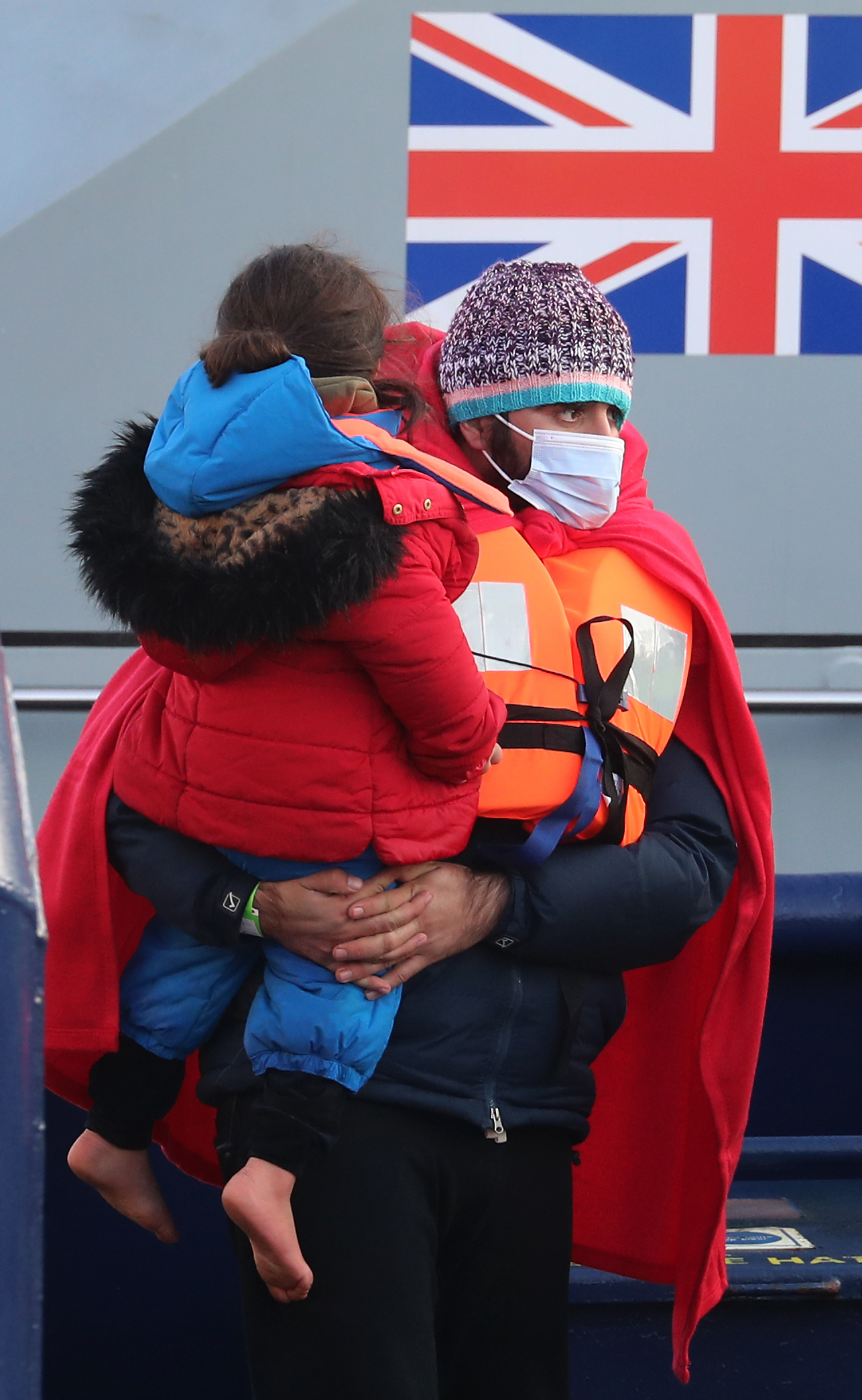 A man carries a young girl after arriving in DoverCredit: PA:Press Association

However, a government source said smugglers are often difficult to track down and prosecute as many operate overseas.

On Saturday, four small boats carrying 87 people including children made the perilous Channel crossing into the UK.

The Home Office has said all adults who arrived in Dover were tested for Covid-19 – and one person tested positive.

It comes as Ms Patel has come under criticism for housing asylum seekers at an ageing and Covid-hit military barracks in Kent.

While thousands made it, the Channel waters claimed several lives.

In October, a Kurdish-Iranian family with small children died when their boat sank off the French coast.

The numbers peaked in September, which saw more crossings than in all of 2019.

A two-week stretch in August saw crossings every day, with more than 1,200 reaching the UK. 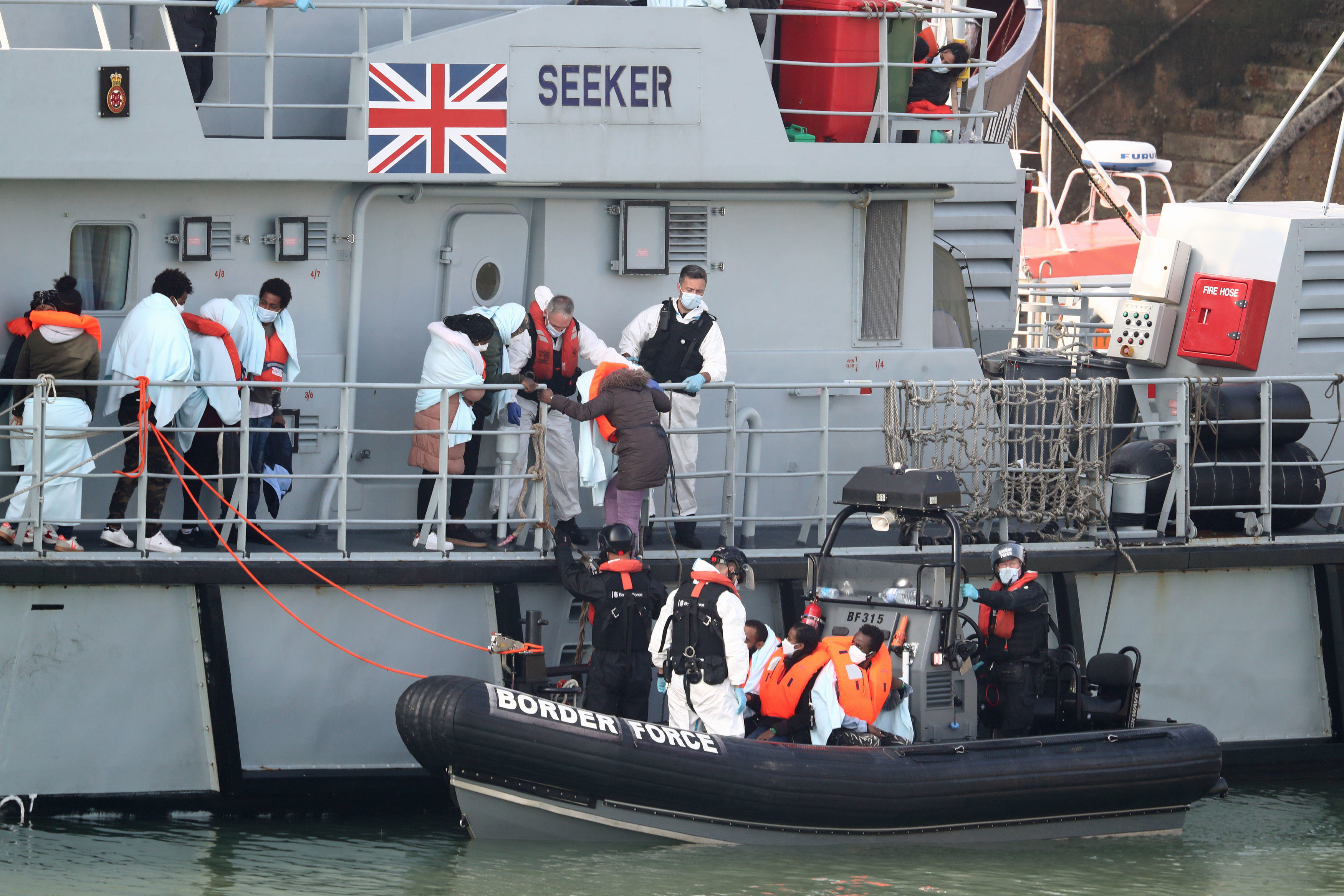 A group of migrants arriving in Dover in September 2020Credit: PA:Press Association 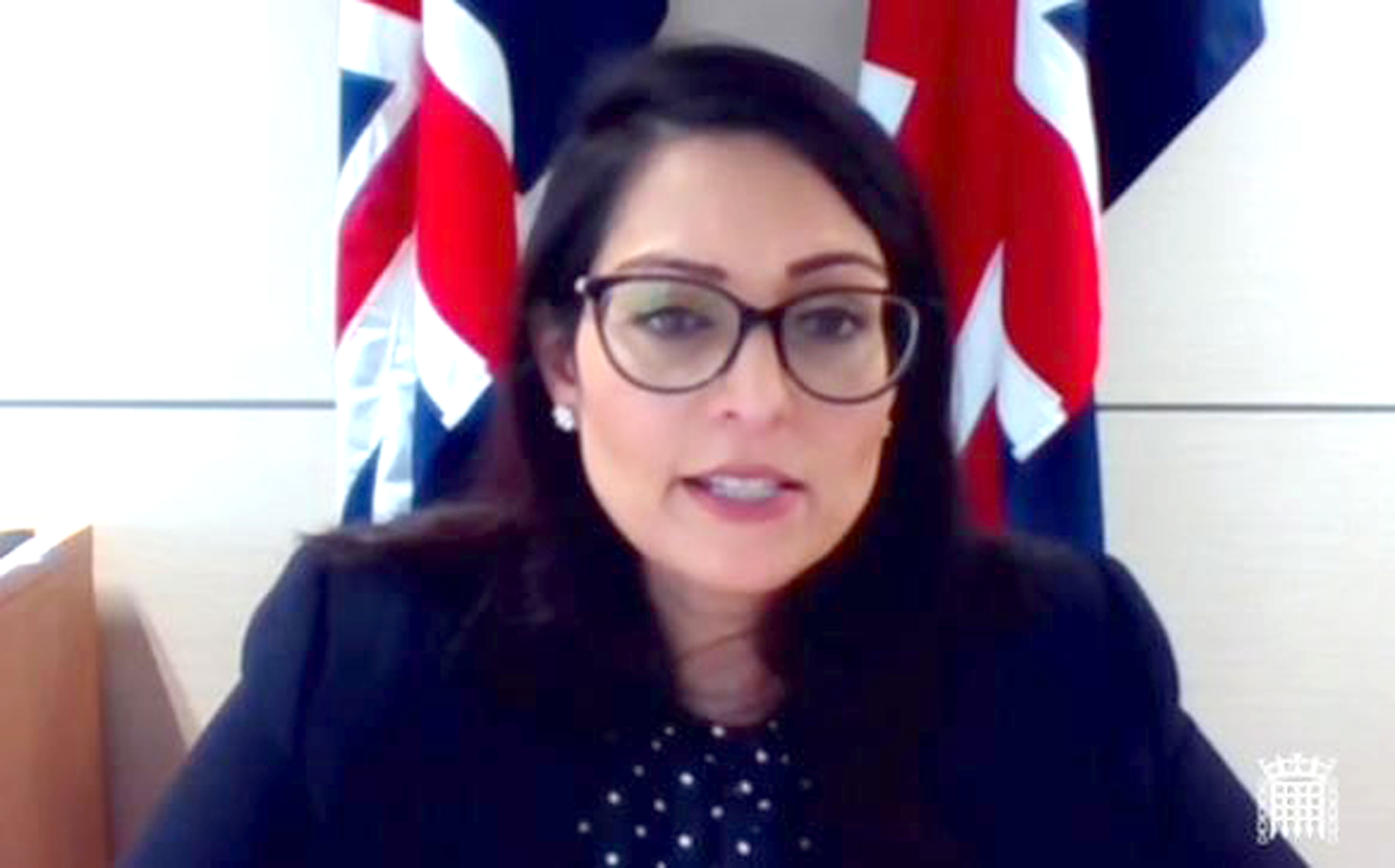 Priti Patel has been criticised for housing asylum seekers at a military barracks in KentCredit: PA:Press Association