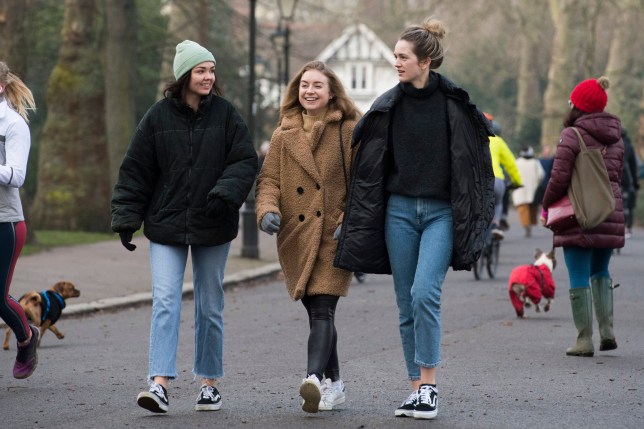 Face masks should be considered in crowded outdoor spaces, such as parks, markets and playgrounds, Government scientists have said.

Papers released by the Scientific Advisory Group on Emergencies (Sage) urged ministers to strengthen the advice on face coverings to fight against mutant Covid strains.

They are already enforced in shops, offices and on public transport, but the advice, drawn up on January 13, says people should consider wearing them in ‘outdoor spaces where it is difficult to maintain distance’.

It said: ‘Consideration should be given to using face coverings in a wider range of settings where people could be asymptomatic and may be in close proximity (less than two metres).

‘This may include outdoor spaces where it is difficult to maintain distance and people may be close together for extended periods.’

The scientists say the risk of transmission is particularly high in ‘semi-enclosed spaces’, such as market stalls and transport shelters.

But they suggest face masks could be advised for all outdoor settings where social distancing can be difficult to maintain.

It comes as the NHS announced all older residents in England’s care homes have been offered a vaccine. 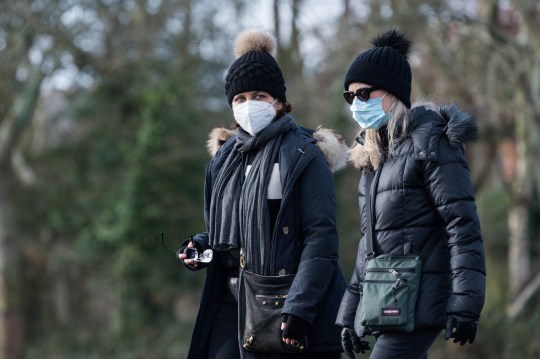 The Prime Minister said the rollout ‘will only accelerate from here on’ after the daily number of jabs administered in the UK exceeded 500,000 for the first time.

NHS England said figures are expected to show on Monday that people living at more than 10,000 care homes with older residents had been offered their first vaccine doses, meeting the deadline set by the Government.

A ‘small remainder’ were said to have had their visits deferred for safety reasons during a local outbreak but these will be visited ‘as soon as NHS staff are allowed to do so’.

Mr Johnson said: ‘Today marks a crucial milestone in our ongoing race to vaccinate the most vulnerable against this deadly disease.

‘We said we would prioritise and protect care home residents, and that is exactly what we have done.’

But he added that there will be ‘difficult moments to come’, with the number of infections and individuals in hospital still ‘dangerously high’.

Ministers are growing increasingly confident of hitting the target of vaccinating the 15 million most vulnerable people by mid-February after a record high of jabs on Saturday.

Official figures showed 598,390 first doses were administered across the UK, bringing the total number of people to have received a dose to 8,977,329.

Based on the latest figures, an average of 401,512 first doses of vaccine would be needed every day for the Government’s February 15 target to be met.

Meanwhile, there was a fresh warning over the pressure being faced by the NHS.

Chris Hopson, the chief executive of NHS Providers, which represents 240 trusts, said it will take ‘months’ for the health service to return to normal after the pandemic ends.

With staff ‘completely exhausted’, Mr Hopson told the Guardian: ‘We cannot expect the NHS to carry on at the intensity we’ve been running at. We’ve completely run the tank dry and need to give people the chance to recover.’