A PENSIONER had to repaint a garden totem pole figure white after his neighbours complained it was ”racist” and looked like a ”golliwog.”

Brian Connery who is a fan of Native American culture erected the 10ft decorative wooden feature in front of his bungalow in Brantham, Suffolk. 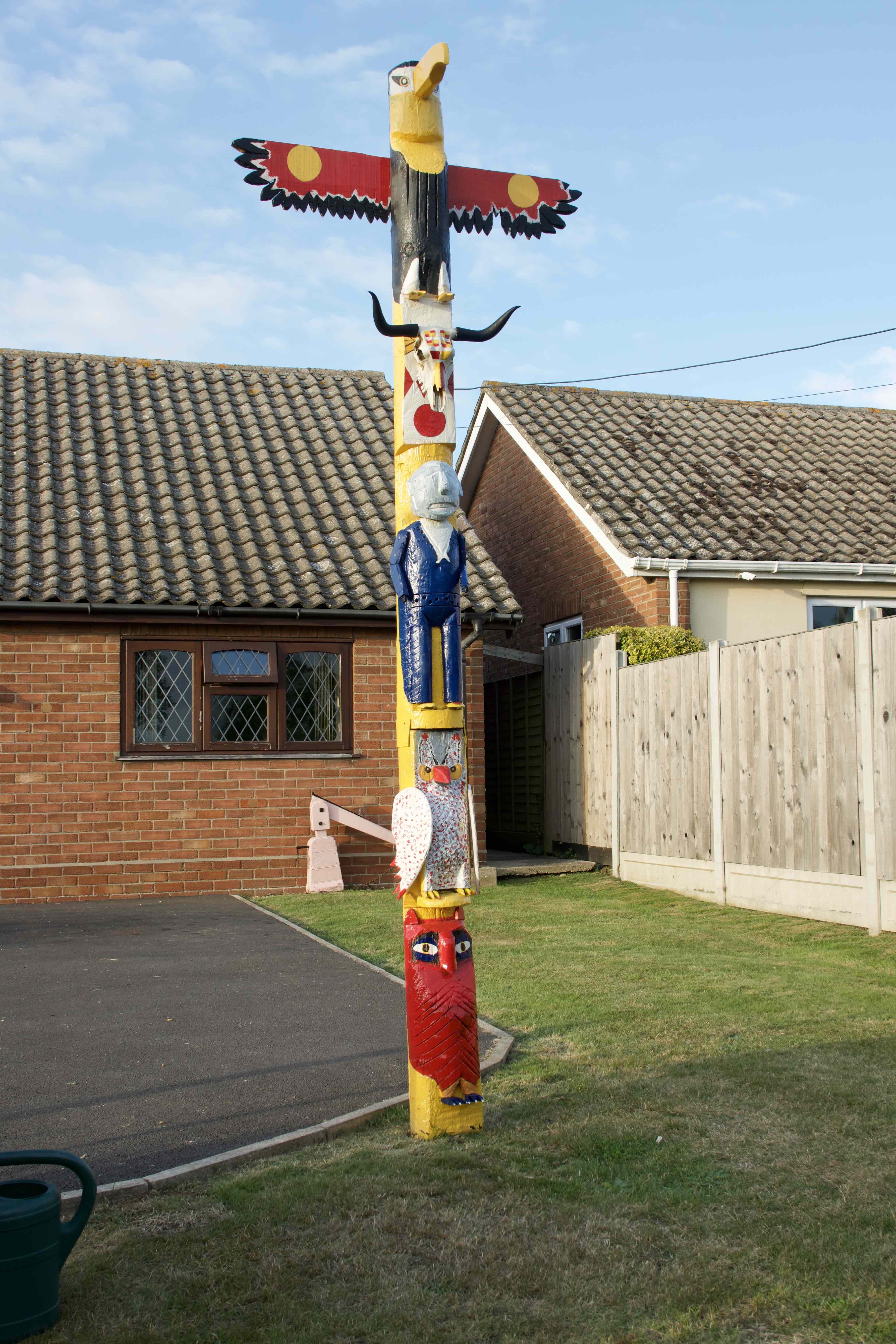 Mr Connery has put up a 10ft totem pole in front of his bungalow in BranthamCredit: East Anglia News Service 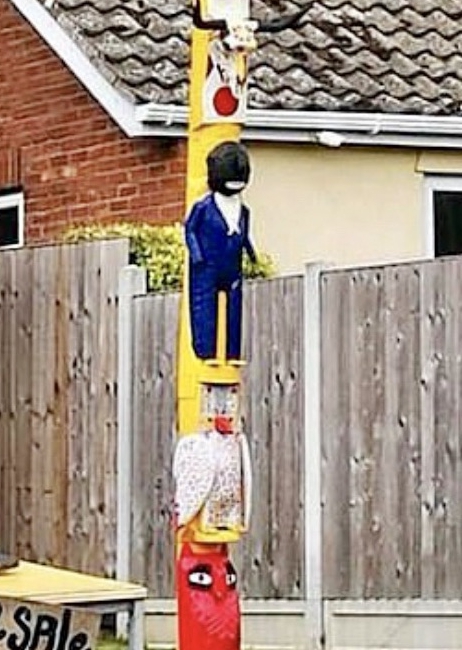 His neighbours were concerned over a wooden figure with a black faceCredit: East Anglia News Service

But concerns were raised over a carved wooden figure on the pole showing a smiling black man in a blue suit, with an anonymous local complaining to the police that the figure had ”racist overtones”.

The local resident said: ”It is pretty clearly meant to be a Negro figure, wearing a tuxedo and cravat/bow tie, dressed like a blackface minstrel, golliwog or similar figure, so fairly 20th century.

”That’s not an American Indian symbol, nor as abstract as any such symbols might be. It is what it looks like. And it’s meant to be offensive.”

Officers visited Mr Connery’s home to investigate whether a hate crime was committed.

Officers visited Mr Connery’s home to investigate whether a hate crime was committed.

The incident was recorded as ”a possible public order offence, due to the visual representation which caused alarm and distress to members of the public,” Shotley Peninsular Nub News reported.

The owner insisted that his totem pole was a piece of art and he had no intention of it being perceived as racist or hateful so officers are said to have taken no further action.

Mr Connery, who drives a pick-up truck decorated with pictures of bison and Indian chiefs, has now painted the face white to avoid causing any further offence.

He said: ”That is the agreement I had. All I want to say is that someone made a complaint it was racist, and I repainted it white, and that’s it.

Mr Connery has the support of his neighbours who said have no problem with the totem pole and described him as a ”lovely man.”

His neighbour Marion said: ”Brian has lots of different flags that he flies. Right now, he is flying the England flag, but sometimes he has American ones.

”He was flying the England fan during the Euros football tournament and he had it at half-mast when Prince Philip died.”

Another neighbour, said: ”I have got nothing against his totem pole. I have never taken much notice of it. I just think it’s a shame that some people complain about anything these days.”

A Suffolk Police spokesperson said: ”Police are aware of the concerns raised by members of the public and are engaging with the homeowner regarding the matter.” 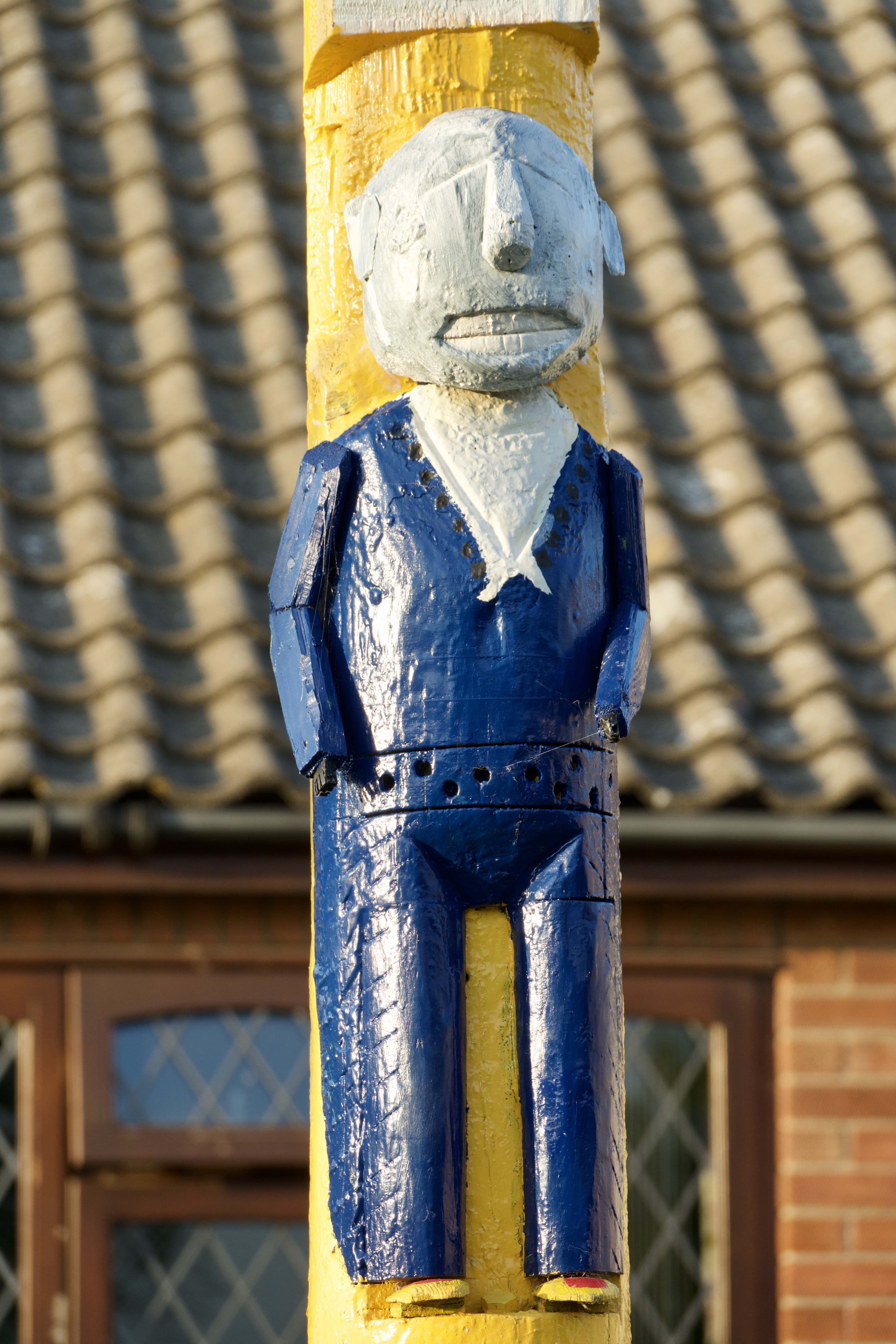 Mr Connery had to repaint the face white not to cause any further complaintsCredit: East Anglia News Service