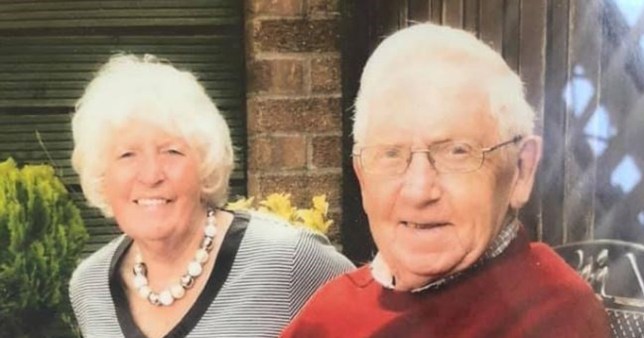 Elizabeth Mahoney, 89, was taken to another woman’s house and tucked into her bed without anyone realising she was the wrong person for house

A pensioner was tucked into a stranger’s bed and left there for hours after an ambulance crew took her to the wrong house.

Elizabeth Mahoney, 89, had been fighting coronavirus at County Hospital in Pontypool, South Wales, for 10 weeks.

She defeated the disease and was due to return home on March 12 but she never showed up.

Ms Mahoney’s daughter-in-law waited an hour before the family called the hospital.

Medical staff told her son, Brian Mahoney, that there was ‘a bit of a problem’.

The 65-year-old was informed that his mum had been taken to a house in Newport, more than eight miles from where she lived.

He said: ‘They apologised and told me they were on their way to pick her back up.

‘I just went: “What do you mean? Please don’t tell me you’ve left her there”, at which point my sister burst into tears – we were all worried sick.’

Whilst the official details are yet to be confirmed, Brian thinks his mum’s address was mixed up with another female patient with dementia who was also being taken home that day.

The warehouse manager said: ‘As far as I can tell, mum was taken to this other lady’s house by mistake and, somehow, whoever answered the door told the ambulance staff to take her into the bedroom and make her comfortable.

‘How they failed to notice it wasn’t their relative, I can’t say. But apparently they went to check on her a little while later and that’s when the penny finally dropped and the alarm was raised.’ 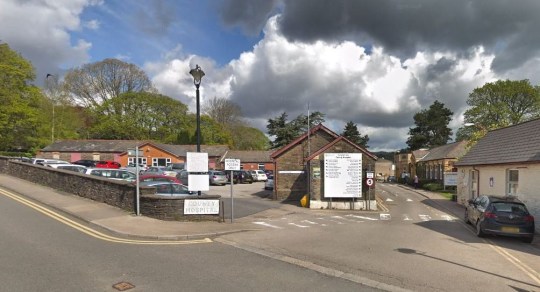 Brian thinks the ambulance crew mixed up Ms Mahoney’s address with another women who was being discharged from County Hospital on the same day (Picture: Google)

Brian thinks his mum did not mention that she was in the wrong house because she was in a ‘frightened and confused’ state.

‘Mum’s a very quiet woman anyway and has been on her own since Dad
died in 2019,’ he said.

He told the South Wales Argus: ‘We asked mum what she remembered. She said she knew she was not in her own house, and when she went in she had tried to tell the ambulance workers this was not her house.

‘They also kept calling her Margaret, and continued to take her into the home.’

Although the ambulance wanted to bring Ms Mahoney straight home from the stranger’s house, her family insisted she return to the hospital to check everything was okay.

The family were worried about Ms Mahoney, who had recently suffered a stroke.

‘We were concerned something bad had happened to her,’ he said.

‘God knows what the house she was taken to was like. The whole thing was a catalogue of errors from start to finish.’

The Welsh Ambulance Service told local media that they are working with the Aneurin Bevan University Health Board to understand how the mix-up happened.

The Service has also apologised to both families involved.

Metro.co.uk has also contacted the Welsh Ambulance Service for comment.