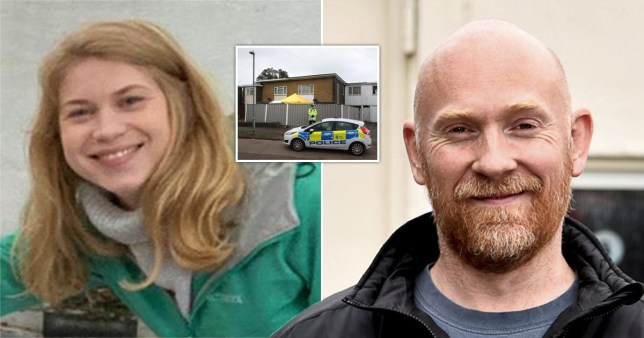 Serving Met Police officer Wayne Couzens has been charged with the murder and kidnap of Sarah Everard.

Human remains found in a woodland in Kent this week were identified as those of Ms Everard on Friday.

The Crown Prosecution Service has confirmed Couzens, who was not on duty at the time of Ms Everard’s disappearance, will be charged with her murder and kidnap. He is due to appear at Westminster Magistrates’ Court on Saturday.

In a statement, Rosemary Ainslie, head of special crime at the CPS, said: ‘Following a referral of evidence by the Metropolitan Police related to the death of Sarah Everard, the CPS has authorised the police to charge Wayne Couzens with murder and kidnapping.’

Speaking outside Scotland Yard on Friday evening, Metropolitan Police Assistant Commissioner Nick Ephgrave said: ‘Sarah’s family of course have been informed of this development and remain supported by specialist officers.

‘I would like at this stage to pay tribute to Sarah’s family for their fortitude and forbearance through what can only have been the most intensely difficult few days. Our thoughts remain with them as this matter progresses.

‘The investigation continues of course supported by hundreds of officers from across the Met as well as colleagues in Kent Police. 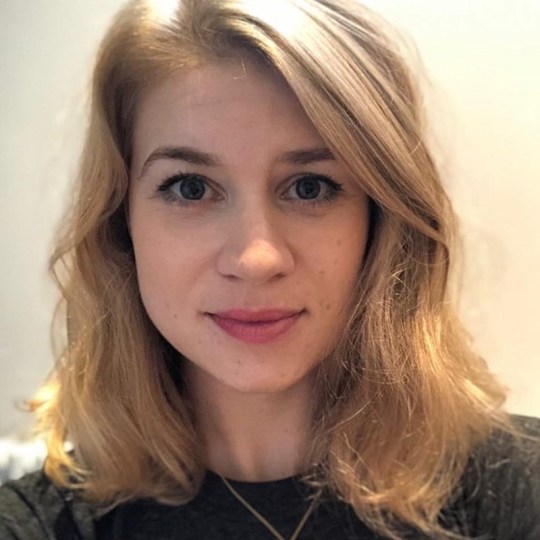 Ms Everard disappeared on the night of March 3 (Picture: LambethMPS)

‘I would also like to thank at this stage all members of the public who have come forward with information or support for the investigation and would use this opportunity to encourage anyone who thinks they might have useful information to give to get in contact with us.’

The Met said Couzens had worked for the force for around two and a half years after joining in September 2018.

His first posting was to South Area where he joined a response team covering the borough of Bromley before moving to the Parliamentary and Diplomatic Protection Command on February 1 last year.

Here his primary role was on uniformed patrol duties of diplomatic premises, mainly a range of embassies. 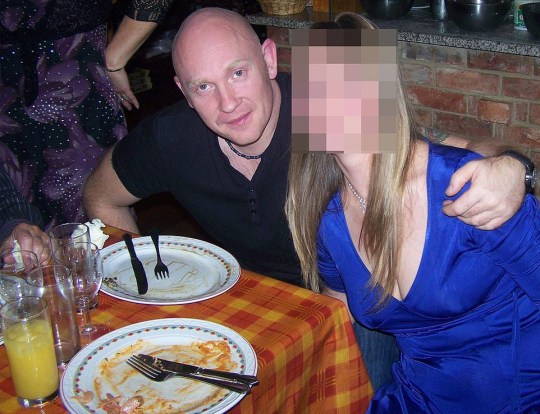 Couzens was not on duty at the time of Ms Everard’s disappearance, said police

It is understood Couzens worked a 2pm to 8pm relief shift on Wednesday at the US Embassy in Nine Elms, south-west London.

The officer’s role entitles him to carry a firearm and a Metropolitan Police warrant card.

On the night of her disappearance, Ms Everard is thought to have walked from her friend’s house in Clapham through Clapham Common towards her home in Brixton – a journey which should have taken around 50 minutes.

She was seen on footage from a doorbell camera walking along the A205 Poynders Road towards Tulse Hill, south of Brixton, at around 9.30pm. Police later searched the Poynders Court block of flats. 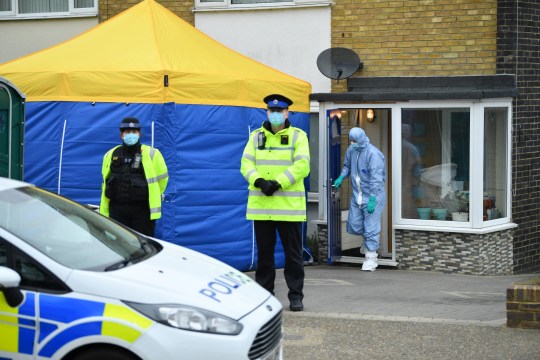 A forensic tent was set up outside Couzens’ home in Deal on Wednesday (Picture: Getty) 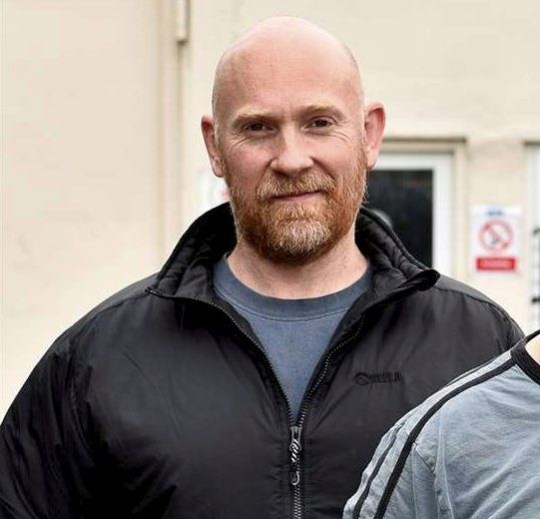 Couzens was charged with murder and kidnap (Picture: Kent Messenger/SWNS)

Ms Everard’s family and friends described her as ‘beautiful’ and ‘incredibly kind’ as they came to terms with the tragic news that remains had been found amid the search.

A relative of her boyfriend Josh Lowth, 33, described Ms Everard as ‘lovely’ and said the couple had been ‘very happy together’.

University friend Rose Woollard said Ms Everard had only recently told her how ‘excited’ she was to start her new role as a senior marketing account manager.

Describing her as ‘beautiful, thoughtful and incredibly kind’, Ms Woollard, a teacher, told the BBC: ‘She has always been an exceptional friend, dropping everything to be there to support her friends whenever they need her.’ 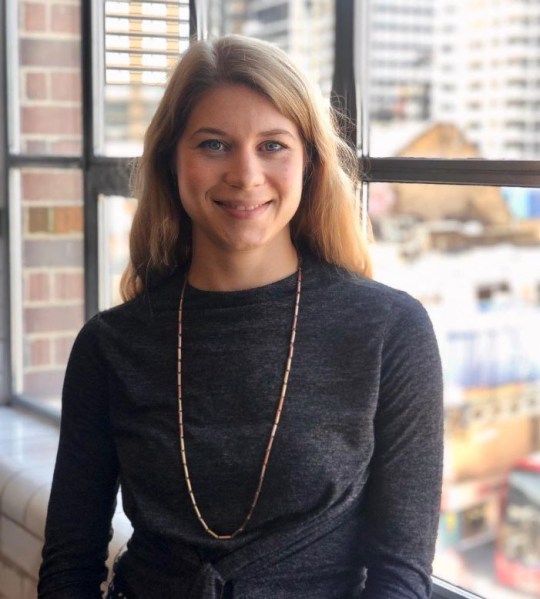 Father Jeremy, a professor of electronics at the University of York, and charity worker mother Sue are believed to have travelled to London from their home in York to help find their daughter.

His family home where he lives with his wife and two children, in Deal, Kent, was searched by detectives on Wednesday, with witnesses reporting seeing his garden dug up.

Multiple cars were taken away before a metal fence was put up around the property.

A forensics team searched an area of land outside the back fence of the Couzens’ house on Friday, while uniformed officers were posted at a derelict garage in Dover, which was run by his family. 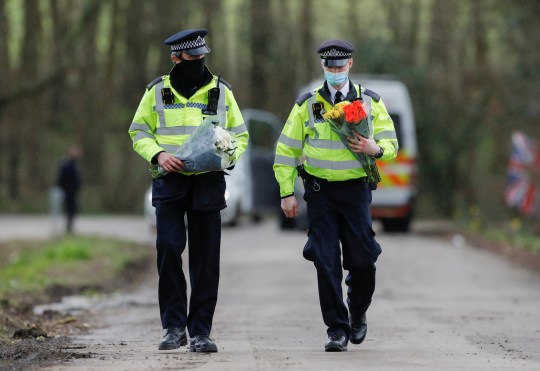 Officers left flowers in honour of Ms Everard close to where the search took place in an Ashford woodland (Picture: Reuters) 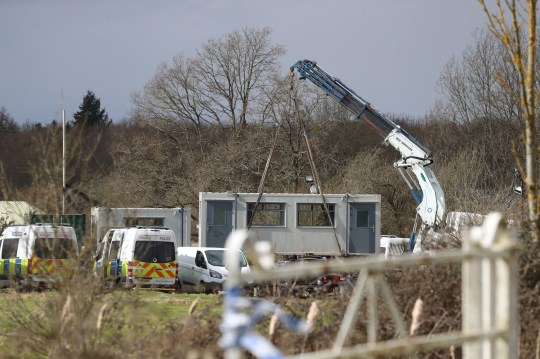 A woman in her 30s was arrested at the same address on suspicion of assisting an offender. She has now been released on bail to return to a police station on a date in mid-April.

Scotland Yard is facing an investigation by the police watchdog into its handling of separate allegations of indecent exposure against Couzens.

He was alleged to have twice exposed himself at a south London fast food restaurant three days before Ms Everard went missing.

The Independent Office for Police Conduct is to probe whether two officers ‘responded appropriately’ in their investigation.

The Celebrity Circle 2021: When was Channel 4 show filmed and where?