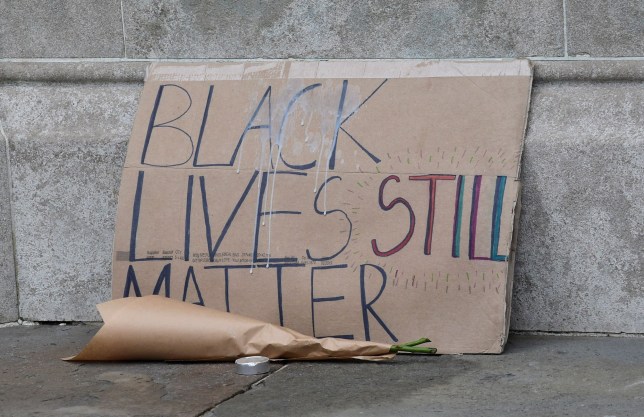 The report, commissioned in the wake of the BLM protests, has been roundly blasted (Picture: Reuters)

A host of prominent authors and academics have expressed their surprised at being labelled participants in the government’s controversial report on racism.

Amid a growing backlash to the review, which suggested it could not find examples of institutional racism in the country, a growing number of people named as participants have expressed disbelief at the inclusion of their names.

One historian took to Twitter on Thursday to outline his ‘horror’ at being named in the report, asking: ‘I wonder how many others were consulted without their knowledge?’

Stephen Bourne, who has written about black British history for 30 years, said that last June he was contacted by Boris Johnson’s most senior black adviser Samuel Kasumu – who has stepped down amid outrage at the report – and asked if he would take part in a meeting with other historians of black Britain.

He said accepted an invitation to Downing Street in October but this ‘didn’t say anything about a commission’ and was later named in the Commission on Race and Ethnic Disparities’ (Cred) report stakeholders list.

Mr Bourne said he later contacted Mr Kasumu and ‘read him the riot act’, saying it was ‘unprofessional and discourteous’ to lead him to believe he was attending a roundtable discussion when it was for the commission.

The Government-backed landmark report has been roundly condemned, particularly for suggesting that slavery was ‘not only about profit and suffering but how culturally African people transformed themselves into a re-modelled African/Britain.’ 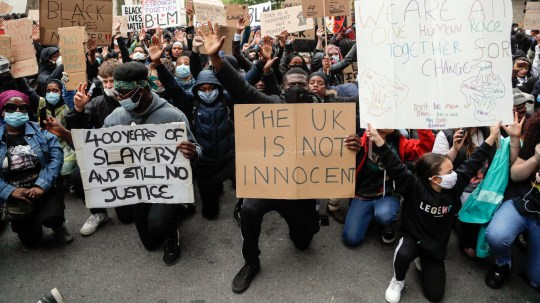 The report suggested slavery was ‘not only about profit and suffering’ (Picture: AP)

Author SI Martin, who is black, told i that the statement was a ‘gross insult’, after only discovering his name was in the report on Thursday morning.

He claimed the commission had not contacted him ‘ever in any way, shape or form’ and said: ‘Of all of the names that could have appeared on that document attesting to its credibility, mine would have been the least.

‘If they’d known the first thing about me I’d have been the last person chosen.’

He said that ‘publicly and in writing, in every public arena, all of my ideas and sentiment are diametrically opposed to practically everything in that document’.

It is understood that Mr Martin was named in error and will be removed from the acknowledgements.

To my horror I named as one of the ‘academics & individuals’ who was consulted by the Commission on Race & Ethnic Disparities. I wonder how many others were consulted without their knowledge? pic.twitter.com/2Vhnygjsd7

But Mr Bourne and others have made similar accusations.

He said he was later asked to deliver a presentation to a group of people on Zoom without being introduced to them, said he was ‘gobsmacked’ to learn that they were in the commission after looking up their names online.

He said he had been ‘misled’ and felt ‘very disappointed and very upset’ that his name was ‘attached to a report as a stakeholder when I didn’t have anything to do with it and I don’t actually agree with the report’.

‘The report is flawed and I’m not happy with the report,’ he added.

At the top of the document’s Appendix D: Stakeholders list of organisations and individuals, the commission said it had ‘heard evidence from many during the course of its work’ and ‘would like to thank the following for their participation’.

Among them is Sir John Bell, regius professor of medicine at the University of Oxford who, after seeing his name on the list, told the Telegraph: ‘Totally news to me. I never spoke to them… I did support this office and had a call with them, but that is not the report – it is different.’

The report also said the commission requested new research from sources, including Veena Raleigh and Shilpa Ross from the King’s Fund.

But the think tank said ‘that’s not strictly true’, clarifying that the work sent to the commission had already been carried out.

A spokesperson for Cred said: ‘Stephen Bourne participated in a 10 Downing Street event for Black History Month, in which he made a valuable contribution about the curriculum which influenced the thinking of the commissioners on the subject.

‘We thanked him as a courtesy.’

Earlier today the Prime Minister Boris Johnson said the UK had ‘serious issues’ with racism and more needed to be done.

When are the EFL playoffs? Dates, kick-off times and TV channels for Championship, League One and League Two