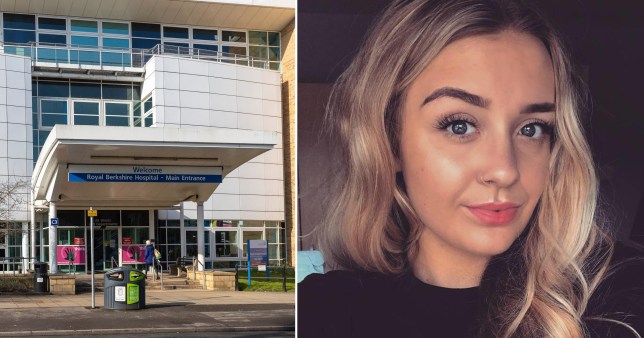 A paramedic’s handbag has been stolen from an ambulance as she worked a 10 hour shift on the coronavirus frontline.

Hannah Wyndham noticed the small black rucksack containing her purse was missing when she and her colleague parked up outside the Royal Berkshire Hospital in Reading.

It happened on Tuesday night, but was not caught on CCTV in the ambulance bay.

Hannah, who works at South Central Ambulance Service NHS Foundation Trust, said: ‘This is a very long shot but I had my handbag stolen from the ambulance last night while I was on shift.

‘The most likely place was outside the Royal Berkshire Hospital, but I can’t be 100 per cent sure.

‘It had my purse and other valuables in it. 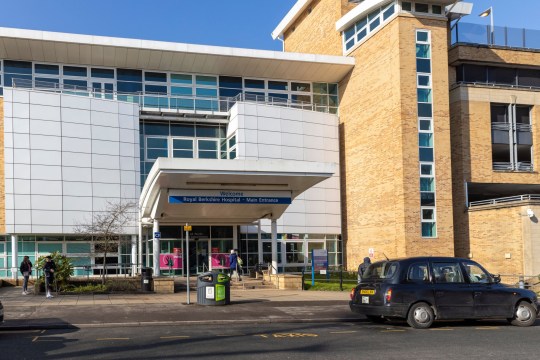 The theft was noticed outside the Royal Berkshire Hospital in Reading (Picture: Rex)

‘If anyone finds a little black rucksack lying around anywhere or my purse please contact me.’

Her colleague Stephanie Hudson added: ‘My lovely crew mate Hannah had her bag stolen last night from the front of our ambulance whilst we were working.

‘It was taken at some point during our 10 hour night shift.

‘Rubbish isn’t it, she wasn’t even angry about it, she was just heartbroken and upset, 2020 and 2021 is taking its toll.

‘There are some absolutely heartless people around! Praying some of her belongings turn up.’

Hannah said she has asked the hospital to look into any CCTV but said: ‘Cameras don’t cover the ambulance bay so they can’t see anything.’

People offered support after the news was shared on Facebook.

One user said: ‘Disgusting that someone would steal out of an ambulance. I hope you get it back and they get caught.”

Another added: ‘What is wrong with people.’