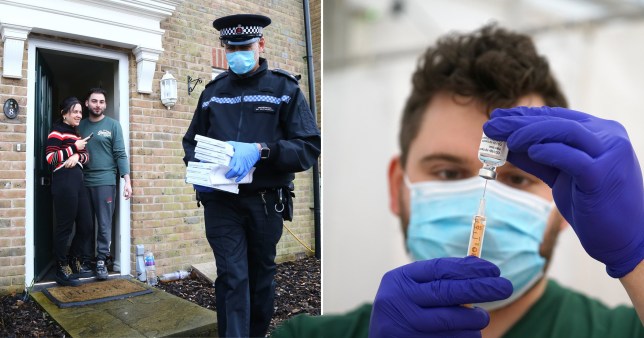 Oxford scientists have confirmed their Covid vaccine with AstraZenica is effective against the more contagious Kent variant.

Researchers who developed the jab say it has a similar efficacy against the mutant strain compared to the original one it was tested against.

Andrew Pollard, Professor of Paediatric Infection and Immunity, and chief investigator on the Oxford vaccine trial, said: ‘Data from our trials of the ChAdOx1 vaccine in the United Kingdom indicate that the vaccine not only protects against the original pandemic virus, but also protects against the novel variant, B.1.1.7, which caused the surge in disease from the end of 2020 across the UK.’

The so-called Kent variant discovered at the start of December was partially blamed for Covid cases rocketing to record-high levels over Christmas and in January, when lockdown was imposed across the country.

It has recently emerged that the Kent strain has morphed further, showing a worrying mutation known as E484K. Scientists have warned variants with E484K mutations – such as the South Africa and Brazil strains, might be more resistant to Covid vaccines.

Mass testing is being rolled out in areas where concerning mutations have been discovered. 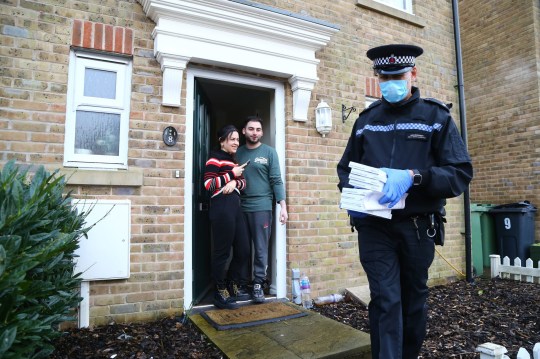 The Oxford University findings, released in a pre-print paper and not peer-reviewed, also detailed recent analysis showing that the vaccine not only protects people from falling ill with Covid, but also stops them spreading it.

The UK Government has ordered 100 million doses of the jab, which is currently being rolled out to people in the top four priority groups.