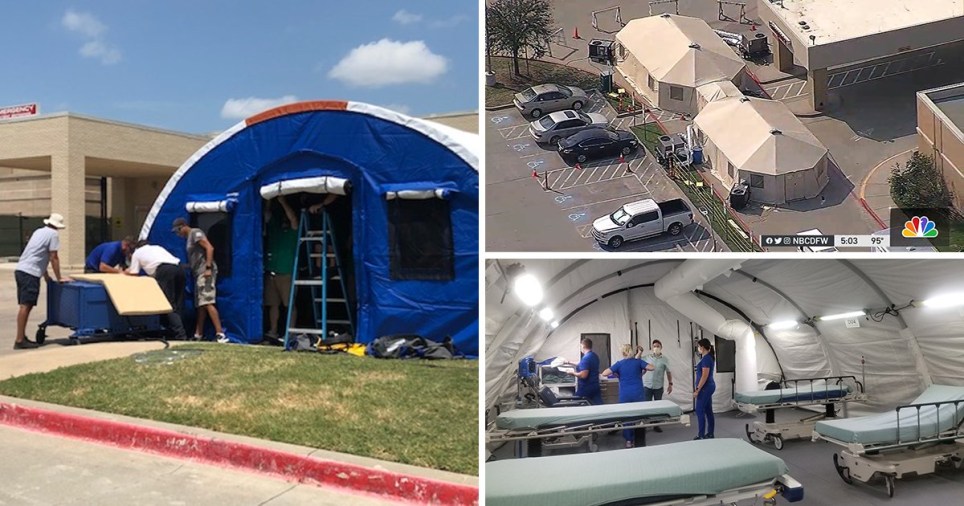 Hospitals in Texas have been forced to erect overflow tents to cope with an expected wave of new Covid patients – as cases hit record highs and ICU beds fill up.

Around 87.1% of all hospital beds in the Lone Star State are currently in use – the highest level since the start of the pandemic.

The surge in Covid patients has been fueled by a dramatic spike in new cases. On Tuesday 12,881 cases were reported in Texas alone, just a month after case rates were as low as 2,300.

The third wave of coronavirus infections has been blamed on the highly-infectious Delta variant, which was first detected in India and is now responsible for around 73% of new cases in Texas, according to the Centers for Disease Control and Prevention (CDC). 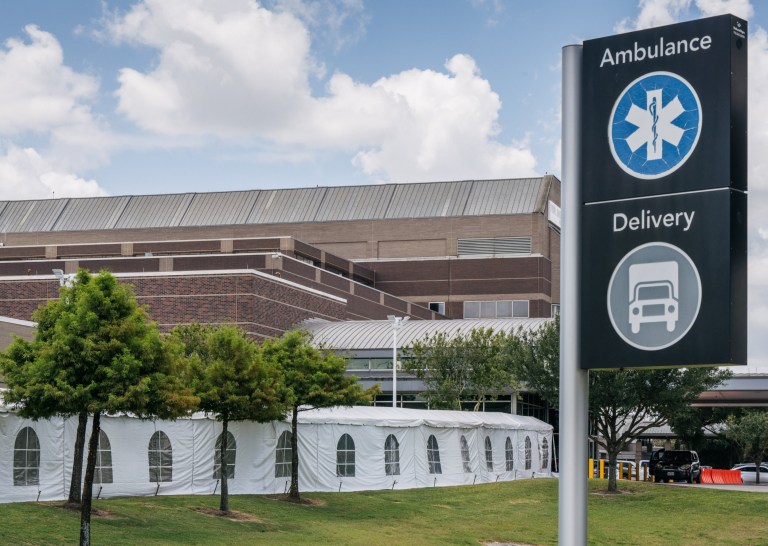 Medical tents outside of the Lyndon B Johnson Hospital in Houston, Texas on August 10, 2021 (Picture: Getty) 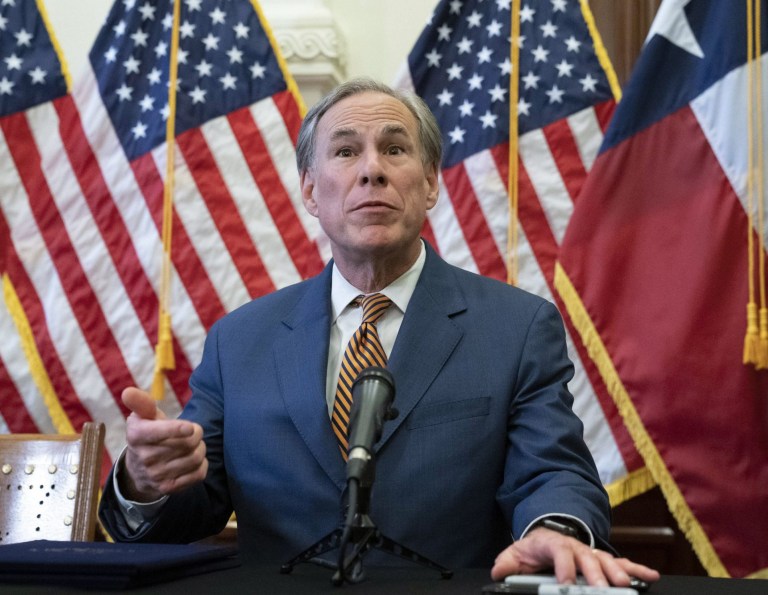 It’s also thought that the low vaccine take up in the state, fueled by widespread vaccine hesitancy, has allowed the virus to spread unchecked now that restrictions are lifted.

Only 45.81% of Texans have taken advantage of the vaccine, according to John Hopkins University – putting Texas well into the bottom half of the national vaccine ‘league table’.

The emergency tents that will be used as wards have been set up outside Texas Health Hospitals in Rockwall and Greenville, both suburbs of Dallas, as well as at the Lyndon B Johnson hospital in Houston, where intensive care units are entirely full, reports CNN.

Harris Health System in Houston said that the emergency tents, outside in temperatures well over 90 degrees Fahrenheit, have been erected to deal with any new patients as hospitals are overflowing.

‘There is no pre-determined time for when they will begin to be used, but they want the tented environment to be ready to go in the event they are needed’, said Bryan McLeod, Harris Health spokesperson. 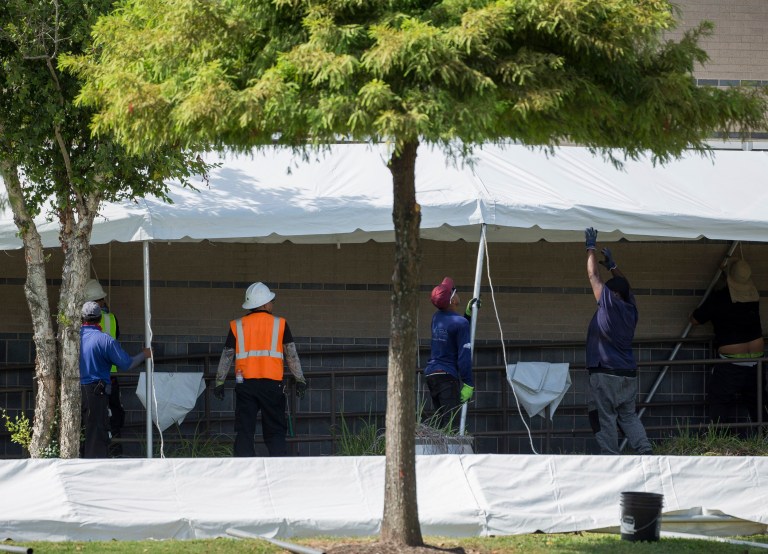 A construction crew works to set up tents that hospital officials plan to use for an overflow of Covid patients at the Lyndon B Johnson Hospital (Picture: AP) 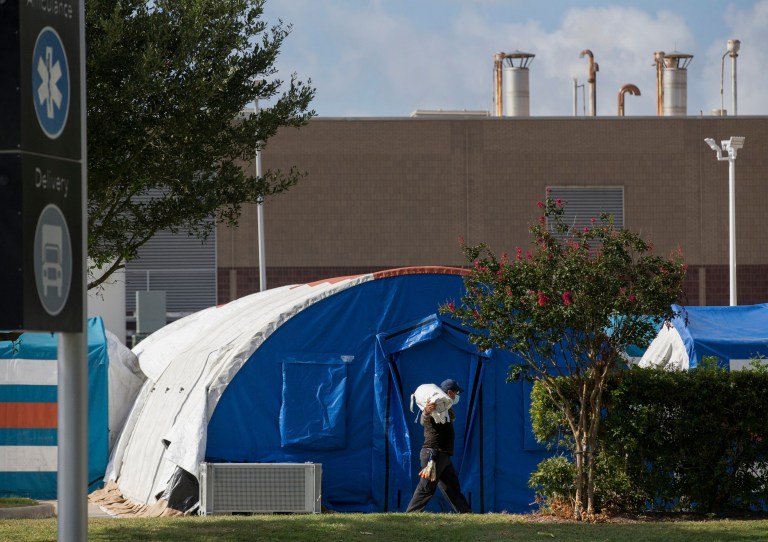 Almost 90% of hospital beds are in use in Texas (Picture: AP)

Esmaeil Porsa, president and CEO of Harris Health System, added: ‘What is intriguing about this surge is not so much the magnitude of the numbers, but the speed at which the numbers are going up.

‘When I look at the last surge, it took us three months – the rapid rise in the amount of Covid patients is very concerning.’

Currently there are about 122 patients being treated for the virus at its two hospitals, Porsa said.

Another hospital, the Ben Taub, is currently at 95% capacity in its intensive care unit as the rapid rise in cases shows no sign of slowing down.

‘The situation is bad and only getting worse’, Porsa added.

‘We are not heading towards a crisis, we are in the middle of a crisis.’

On Monday Greg Abbott, the Republican governor of Texas, issued an urgent appeal for all medical staff to come and assist with treating Covid patients – but still resisted calls to reinstate a mask mandate.

Earlier this week Abbott banned schools from requiring students and staff to wear masks as he steams ahead with his belief that masks are no longer needed. 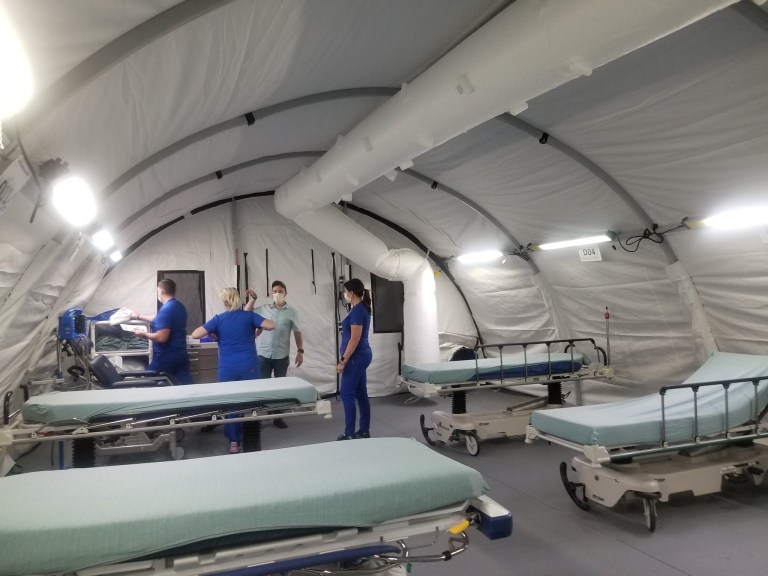 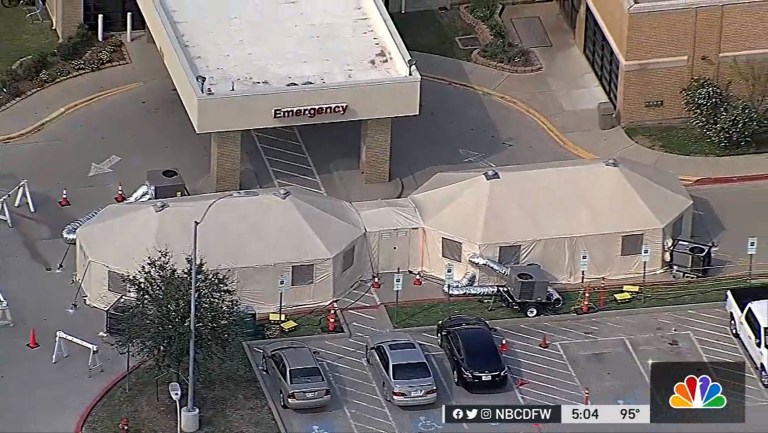 Two medical tents have been set up outside Hunt Regional Emergency Medical Center in Greeneville, Texas, on August 10, 2021 (Picture: NBC 5 Dallas-Fort Worth) 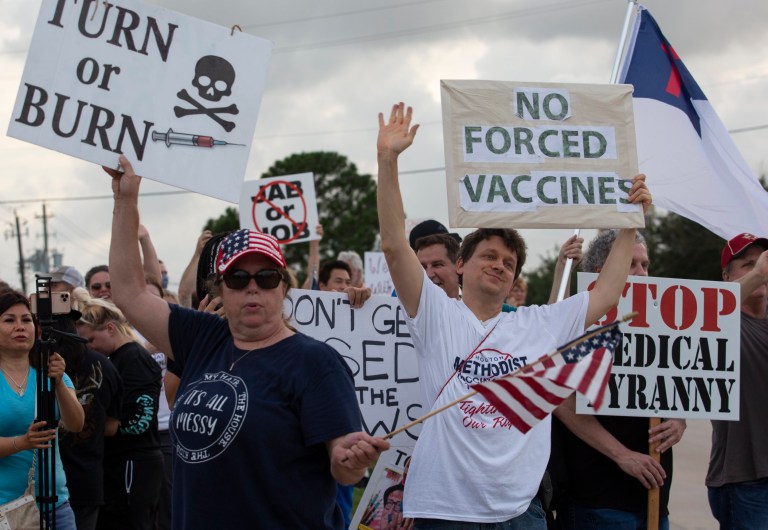 Vaccine hesitancy has been high in Texas (Credits: AP)

The move was condemned by president Joe Biden, who told Abbot to ‘if you aren’t going to help, at least get out of the way’.

Biden said: ‘the most extreme of those measures is like the one in Texas that say state universities or community colleges can be fined if it allows a teacher to ask her un-vaccinated students to wear a mask.

‘What are we doing? Covid is a national challenge and we have to come together, all of us together, as a country to solve it.’

The rolling two-week daily average of new Covid cases in Texas has increased by 165% to 8,533.

Since the pandemic began in March 2020 the US has recorded 36 million cases of Covid and has recorded 110,600 deaths from the virus.

Stevie Nicks cancels all concerts for 2021 amid Covid-19 concerns