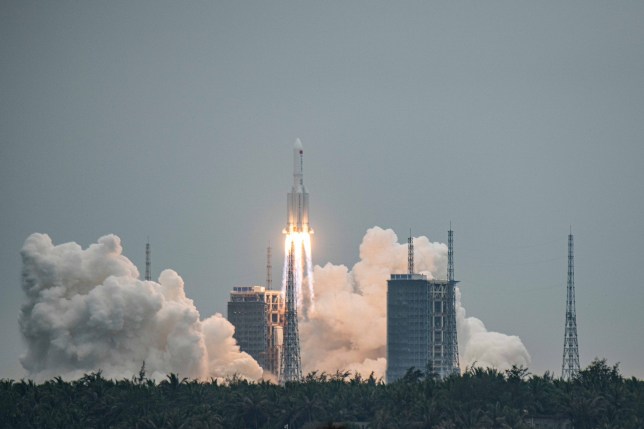 An out-of-control Chinese rocket is predicted to crash back down to Earth later this week.

The Long March 5b rocket launched on Thursday and was supposed to splash back down in the ocean. However, Chinese space officials have now lost control of re-entry and experts are worried the debris could strike populated areas.

Remains from the 21-tonne rocket could land anywhere within that range as some of the larger pieces won’t burn up in the atmosphere.

According to satellite trackers, the rocket is travelling at more than four miles per second.

‘It’s potentially not good,’ said McDowell, who works at the Astrophysics Center at Harvard University.

‘Last time they launched a Long March 5B rocket they ended up with big long rods of metal flying through the sky and damaging several buildings in the Ivory Coast,’ he said.

‘Most of it burned up, but there were these enormous pieces of metal that hit the ground. We are very lucky no one was hurt.’

The rocket was fired into space to carry the first module of China’s next space station into orbit. 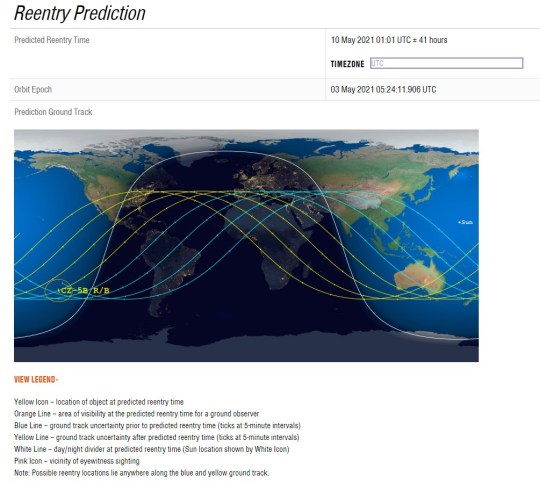 Experts have been predicting where the rocket will land (Aerospace.org)

The launch was the first of 11 missions necessary to construct and provision the station and send up a three-person crew by the end of next year.

At least 12 astronauts are training to fly to and live in the station, including veterans of previous flights, newcomers and women, with the first crewed mission, Shenzhou-12, expected to be launched by June. 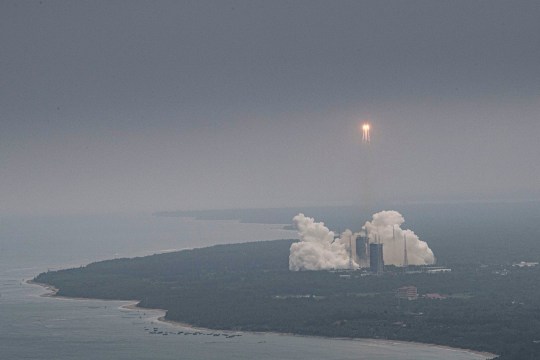 Another view of the launch, which took place last Thursday (Credits: AP)

Tianhe will have a docking port and will also be able to connect with a powerful Chinese space satellite. Theoretically, it could be expanded to as many as six modules. The station is designed to operate for at least 10 years.

Back in 2018, the country also lost control of the remains of its earlier space station, Tiangong-1, as it fell to Earth.