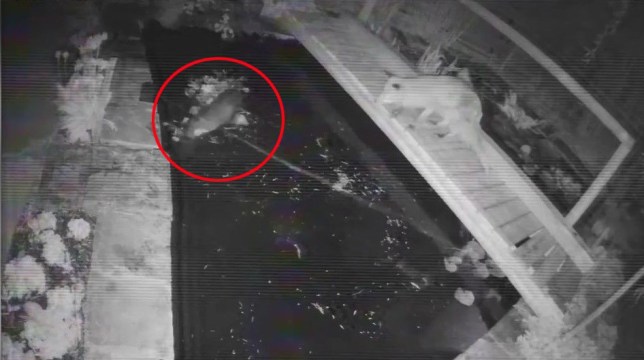 A fox waited for scraps as the otter pillaged the pond for pricey koi (Picture: SWD Media)

An otter with very expensive tastes was filmed eating more than £1,000 worth of koi fish from a garden pond.

The initial prime suspect had been a local heron before a CCTV camera captured the brazen otter in the act on Saturday.

Safety nets and protective wiring had just been installed over the pond in Edinburgh, but they proved no obstacle for the greedy animal.

Footage shows the otter chasing the fish at spectacular speeds, as an equally hungry fox watches from the edge.

Moments later, the otter drags a live fish along the pond’s edge before diving back underwater for some more.

Three koi fish worth over £500 were taken on Saturday alone, leaving just one left in the pond.

It’s estimated that at least six koi have been eaten in recent months costing in excess of £1,000.

Steve Macpherson, 37, said his family have spent a few hundred hours digging out the pond over the last two years. 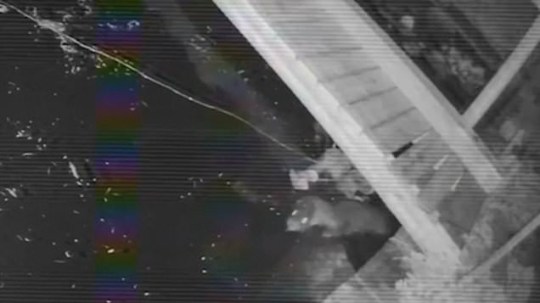 The hungry otter made light work of the nets put up to protect the fish (Picture: SWD Media)

He said: ‘My dad’s goal was to have a pond in which he can keep koi as well as other wildlife like frogs and newts.

‘It’s also attracted some other wildlife. There’s a heron that has visited a few times and has managed to snipe some of the fish.

‘So when my dad’s latest batch of fish started going missing he assumed it was the heron.

‘He installed a CCTV camera to keep an eye on the heron from his laptop. 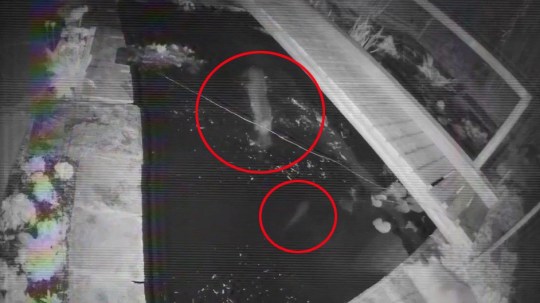 The otter ate his way through £1,000 worth of fish (Picture: SWD Media)

‘When he lost two more fish on Friday night, he went and had a look at the footage, and discovered this time it wasn’t a heron, but an otter – with two foxes tagging along, trying to scavenge the fish.’

He added: ‘The poor fish were terrified, and were swimming around at speed, crashing into the sides of the pond to get away from the otter.’

Steve and his dad are still thinking about the best way to keep the otter out.

He said: ‘These fish were over £100 each, so the otter clearly has expensive tastes and there is not much point in getting any more fish, even small ones, since the otter will just be back to grab them.’

UK Covid cases drop 43% in a month as 2,166 more people test positive but death rise slightly after another 29 die

Who is Viewpoint actress Bronagh Waugh?