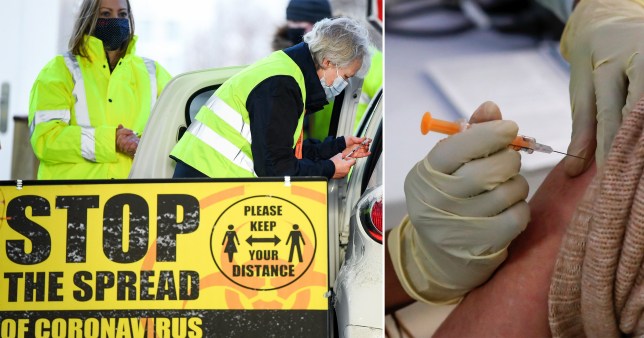 The percentage of those who turn down the jab change with age groups but in the most vulnerable group, over-70s, it is only 1% (Picture: Getty Images)

Just 1 in 100 people who are offered a coronavirus vaccine have declined it, new figures show.

It means that on average only 1% of people invited to have a jab have turned the opportunity down – but that figure varies by age group, according to the Office for National Statistics (ONS) data.

It comes as the Government’s met its target of giving 15 million vulnerable people a first jab on Sunday, one day early.

Asked about the ONS research, Paul Hunter, a professor of medicine at the University of East Anglia, warned that the numbers may not be fully representative because people who have accepted the jab are also more likely to participate in surveys.

Vaccine take up also appears to be lower among non-white people, with particular concerns raised about the number of mixed race people being jabbed.

The Government has launched several campaigns to encourage people to get the vaccine. 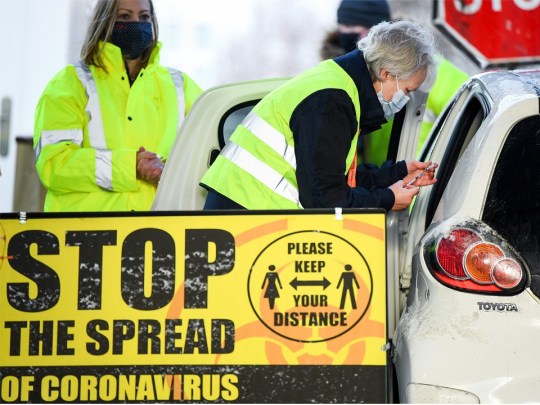 The Government has launched multiple campaigns to encourage people to get the vaccine (Picture: Getty Images) 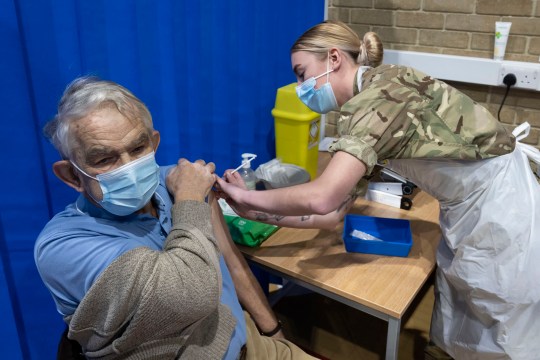 A few days ago Health Secretary Matt Hancock told a Downing Street press conference that anyone over 70 who has not been offered a dose should contact the NHS and book an appointment.

Mr Hancock said: ‘I am determined that we protect as many of our country’s most vulnerable people as soon as possible.

‘It is so important that everyone aged 70 and over who hasn’t yet had a vaccination comes forward this weekend and contacts the NHS to book in their jab.’

It is hoped that those who may have turned down the jab previously could yet be persuaded to change their minds.

Twice as many white over-80s have had their first doses of the vaccine compared to black over-80s, analytics platform OpenSAFELY reported.

Vaccines Minister Nadhim Zahawi said the report was ‘very concerning’ and told Sky News that the Government would work to ‘explain to people how good it is for them to stay safe, for them personally, for their family and for their community’.

Couple renovates property nobody wanted into dream home during lockdown