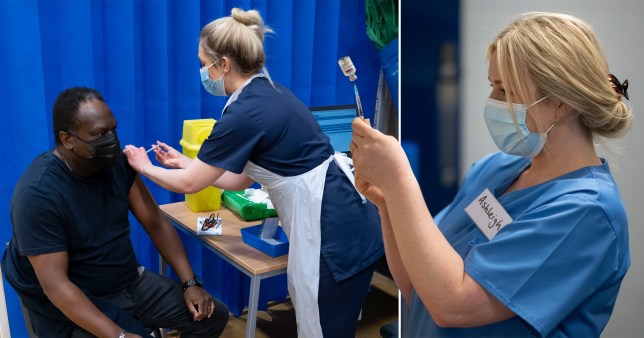 More than one third of the UK population have received their first dose of a vaccine (Picture: Getty Images)

More than one third of the UK population have received their first dose of a Covid vaccine as deaths with the virus dropped to their lowest daily total in five months.

The vaccine rollout will now begin inviting those aged between 56 and 59 to receive their jabs. This category includes Boris Johnson, with his press secretary Allegra Stratton stating today his invitation was ‘on the horizon’.

As of today, more than 22.3 million people have now received their first dose of a vaccine, while 1.1 million have also had their second jab. It comes as just 65 deaths with Covid were recorded over the past 24 hours, the lowest figure recorded in the UK since October.

During a Downing Street press conference this afternoon, Johnson was asked whether he would consider speeding up the easing of lockdown restrictions due to the continued success of the vaccine rollout.

He responded: ‘Of course I understand the urgency that people feel but we have to be driven by the data, we have to look at the rates of infection.

‘Don’t forget they are still very high by the standards of last year – we still have thousands of people in hospital with Covid. 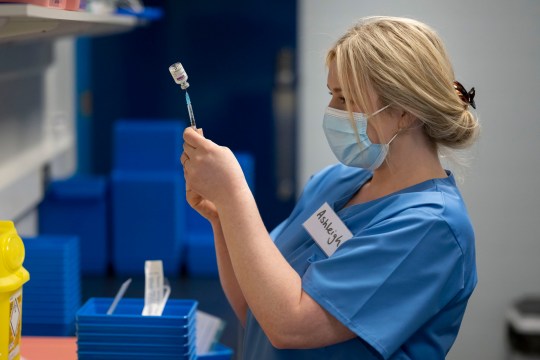 Those aged between 56 and 59 will now be invited to get their jabs (Picture: Getty Images)

‘We have seen, alas, in other European countries that the curve is going up again and we remember frankly what happened every time we’ve seen those upwards curves in our friends and neighbours that it is not too long after that that we see an increase in this country as well.

‘We’ve just got to remain prudent and the whole point about this road map is it is intended to be cautious but irreversible and we think we can do that because of the success of the vaccine rollout.

‘I think people would really rather trade some urgency and some haste in favour of security and certainty about those dates that we have set out.’

Today children across England went back to school in the first step of the Government’s roadmap out of lockdown. The easing of restrictions also allow for people to meet with one person outside their household for a coffee or picnic outdoors, while care home residents can have one named visitor see them indoors. 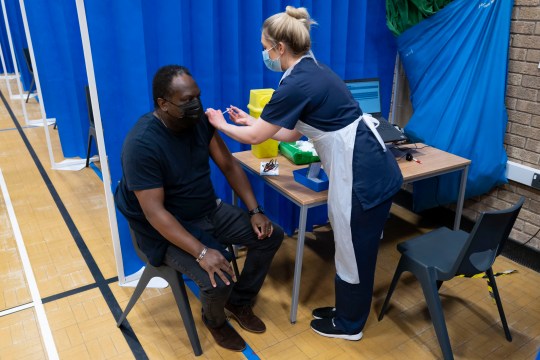 More than 1.1 million people have also had their second dose of a vaccine (Picture: Getty Images)

Johnson said an increased risk of transmission was ‘inevitable’ in opening up schools again, but emphasised how important it was to have children learning in the classroom once more.

He added: ‘We think that we can do it now in the way that we are because we have the proportion of the population vaccinated that I described, the groups one to four, having had the immunity bedded in after least three weeks.

‘The data on the vaccinations and the impact that they are having is very encouraging, but we have to remain very, very cautious.’