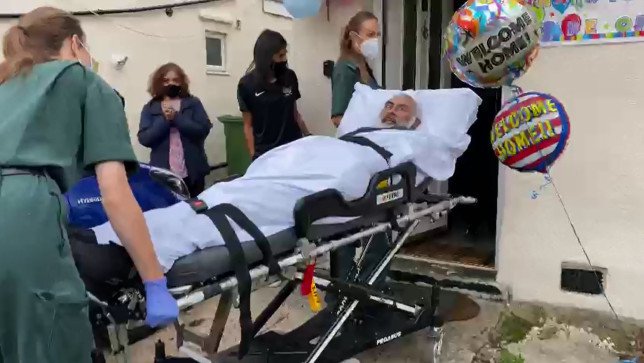 Anil Patel is still struggling to get back on his feet two months after being discharged from hospital (Picture: Anil Patel/Metro.co.uk)

A father-of-two who spent 179 days fighting Covid says he does not believe he will ever be fully free of the virus.

Anil Patel, 63, fought back from the brink in hospital and is making a slow recovery at home in Chadwell Heath, east London.

He expects it will take at least a year to get anywhere near full strength as he is still struggling to walk after being discharged in November.

Anil said: ‘It’s been a nightmare. I’m not too bad at the moment, I can’t walk a lot but at least I’m home, that’s the main thing.

‘I can take nine or ten steps with the Zimmer frame but I get tired very quickly. Mentally, I still have slight memory loss and there are a lot of things I can’t remember but it’s still coming back.’

The building manager spoke amid growing concern about the number of people suffering from post-Covid syndrome, also known as ‘long Covid’. 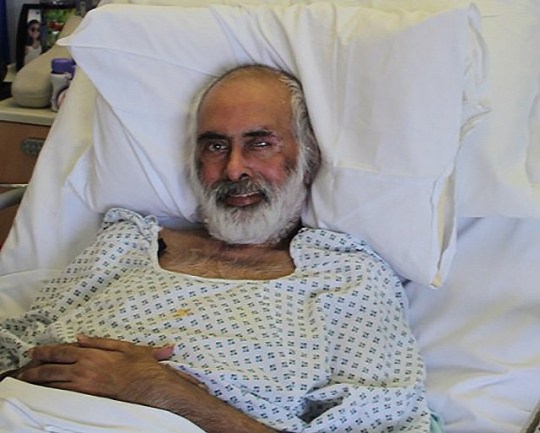 Anil Patel spent 179 days fighting Covid in hospital where he says exemplary medical care and the thought of his family kept him going (Picture: Anil Patel/Metro.co.uk)

Around 300,000 people in the UK are thought to have had ongoing complications between five to 12 weeks after seeing off the initial virus.

Cases are not just restricted to older age groups, with concerns about people under the age of 18 being affected.

Patients include a two-year-old girl still seriously unwell nine months after developing symptoms, as reported on by Metro.co.uk last week.

‘I think it will take me another year or year and a half maybe to get back most of my strength.

‘I lost a lot of weight recently and I’m putting on weight and have some muscle now. I don’t think I’ll ever fully recover, but I will do better.

‘The main thing is I’m with my family and they are here for me twenty-four hours a day.’

Anil’s ordeal began in April when he his legs ‘turned to jelly’ and he collapsed at home, with his family calling an ambulance.

He spent 149 days in King George and Queen’s hospitals – including four months in intensive care – before being moved to an NHS rehabilitation centre at Goodmayes Hospital. 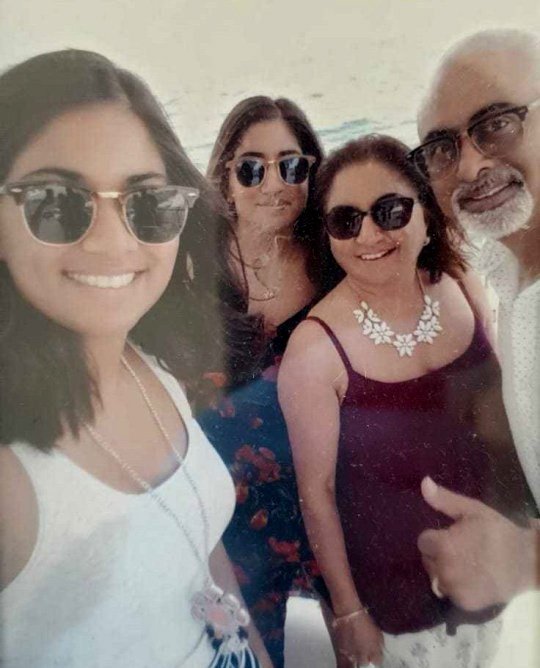 Anil Patel with wife Darshee’s cooking and his two daughters who he says helped him overcome Covid while he was in hospital (Picture: Anil Patel/Metro.co.uk)

Anil won hearts after appearing from his hospital bed on Good Morning Britain, where he broke off from his replies to enquire about the well-being of Kate Garraway’s husband, Derek Draper, who has been struggling with ongoing health issues resulting from the virus.

He has urged people to follow official health advice after returning home to wife Darshee and their two adult daughters.

Dr Katie Coleman, a GP in Islington, said today that services in north central London are being integrated to cope with an expected surge in demand from people affected by post-Covid syndrome.

Dr Coleman, a clinical lead for NHS services in the borough, said: ‘This second wave of the pandemic has been significant and the demand has been huge. With that is likely to follow, unfortunately, a high demand from people with this post-Covid syndrome.

‘We all recognise that we are still learning and there is a lot for us to get to grips with and understand.

‘It’s really important for people to recognise there needs to be a very specific pathway for people with post-Covid syndrome and it needs to be separate from acute Covid.’

The GP told a virtual meeting of councillors from north central London that combining different NHS and community healthcare services into one point of access was crucial to ensuring patients’ recovery.

She said: ‘We have now begun to bring together what are calling a post-Covid, integrated service and that’s very much ensuring an equity of access for all of our patients across north central London.’