ONE of the oldest paperboys in Britain has postponed his retirement thanks to a special new set of wheels.

George Bailey was given the new Raleigh electric bike for his 80th birthday. 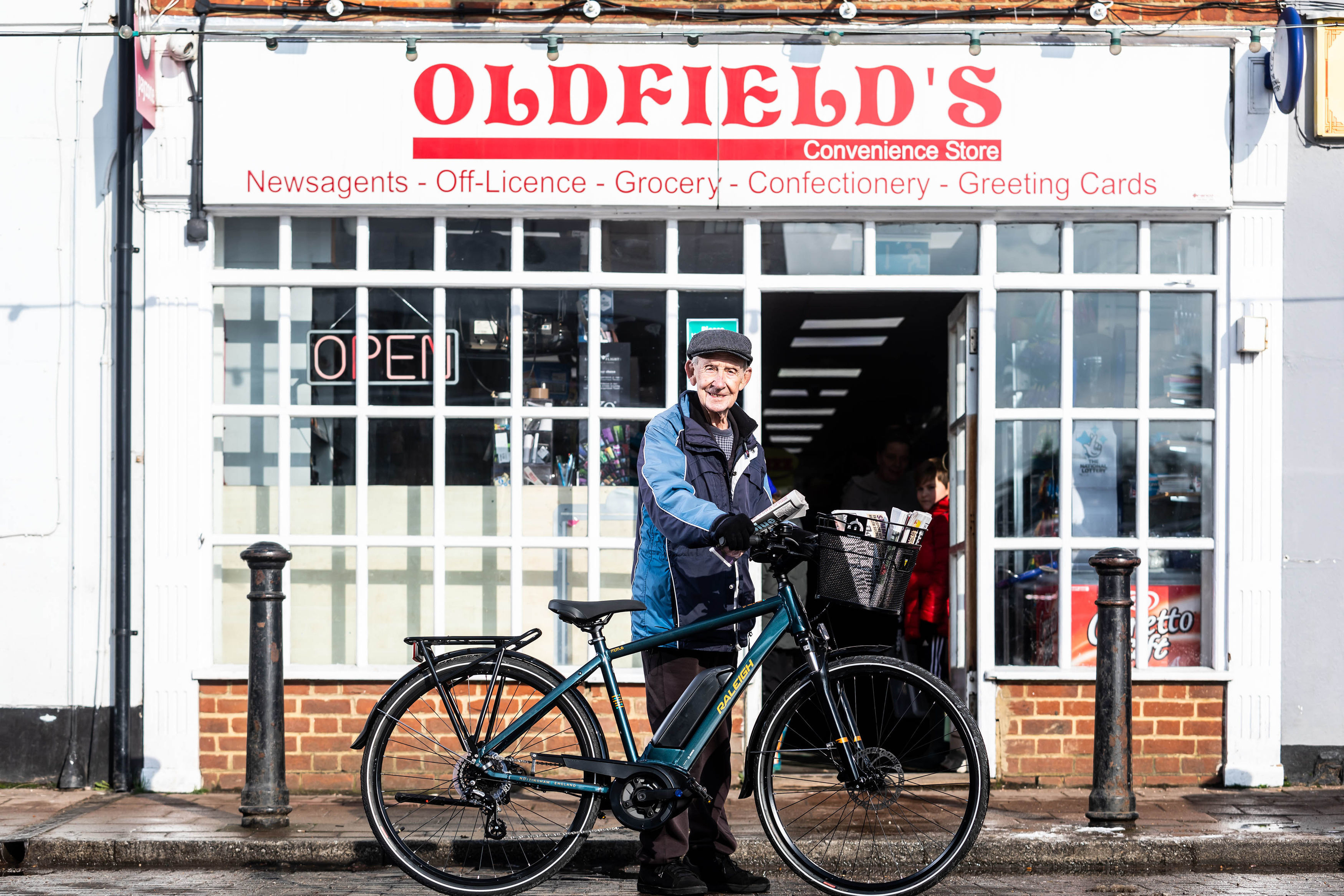 George Bailey, 80, one of the oldest paperboys in Britain has postponed his retirement thanks to a special new set of wheels for his birthdayCredit: PA:Press Association 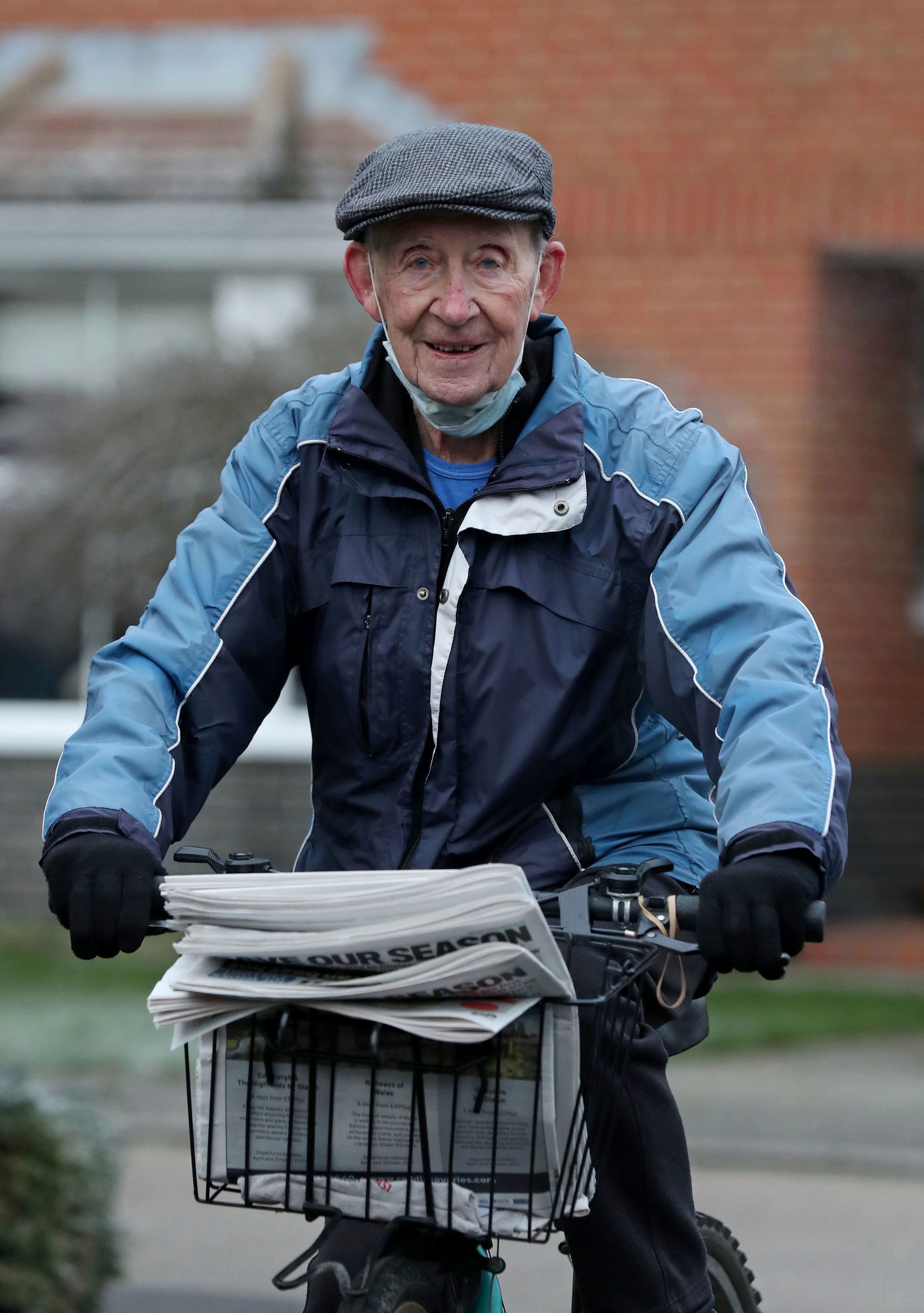 British cycling giants Raleigh and Evans Cycles were keen to help after hearing the great-grandfather was considering retiring – so they surprised him with the new set of wheels which he picked up from his local Evans Cycles store in Maidstone.

“After celebrating my 80th birthday I was seriously considering whether it was time to now ‘hang up my boots’ and retire from the paper round.

“Knowing I can now continue doing what I love – with a little help from modern technology – is fantastic, especially on a Raleigh; a brand I’ve always admired growing up! I might even still be doing this when I’m 90.”

The Sun told how George, a former stockbroker, was back on his bike two weeks ago after having his coronavirus jab.

The pensioner won the hearts of the nation when he told The Sun of his astonishing drive to weather the dark, cold and wet winter mornings to deliver newspapers to his local community throughout the pandemic – even on his 80th birthday morning and after receiving his covid jab.

Coming complete with a super-lightweight Bosch motor, disc brakes and mudguards, George’s new ride offers an assisted energy output up to 250 per cent of his pedal power, up to 15.5mph, and is perfectly suited for the worst the weather can throw at him.

David Greenwood, head of marketing at Evans Cycles, said: “We recognised what the daily routine of riding meant to George and so were more than happy to help him continue to enjoy the ride.” 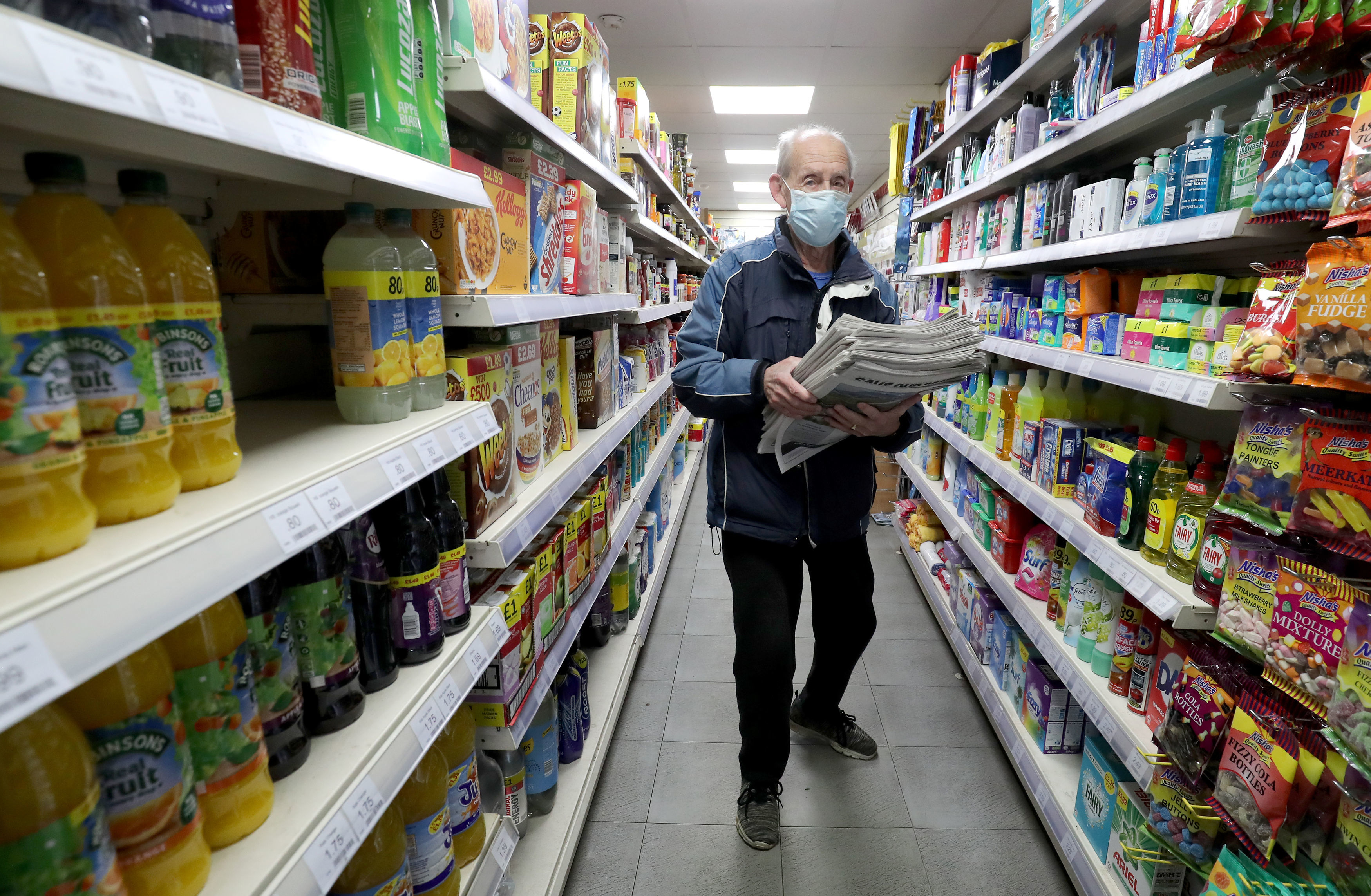 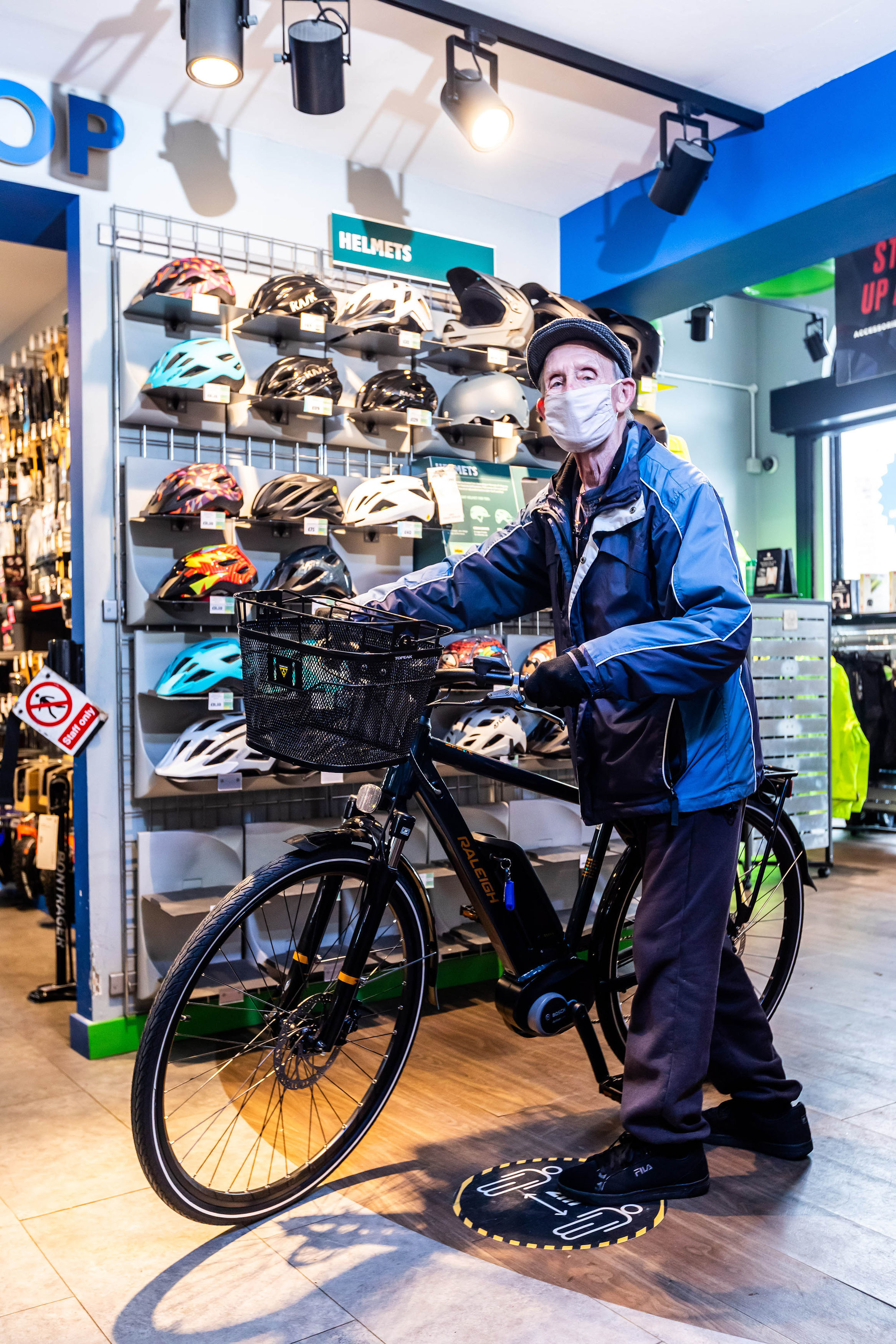 Great-grandfather George said: ‘Knowing I can now continue doing what I love – with a little help from modern technology – is fantastic, especially on a Raleigh’Credit: PA:Press Association

Michelle Jakeway, head of Marketing at Raleigh, added: “When we heard George’s story, we felt compelled to give him a little boost.

The Raleigh Motus Crossbar is one of our most popular everyday E-bikes.

Coming with a high powered Bosch motor, pannier racks and disc brakes, George can continue doing what he loves in comfort and spread the joy of cycling along the way.”

Boy, 2, wows internet with bike jumps and stunts while most toddlers are still on stabilisers