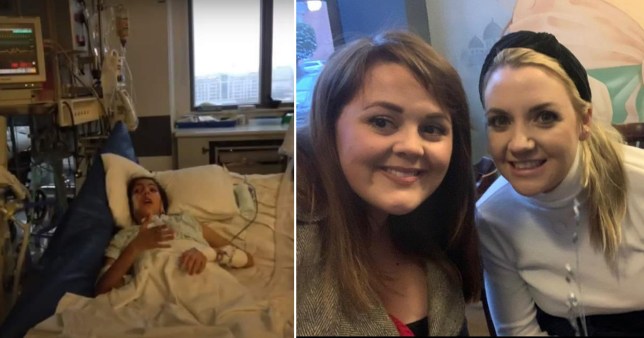 Hayleigh Wellerd, 28, was diagnosed with anti-NMDAR receptor encephalitis after friend Lauren Knowles suggested she get tested for it (Picture: Liverpool Echo)

A nurse saved her friend’s life by pushing her to get tested for a rare condition that causes inflammation of the brain when doctors couldn’t find what was wrong with her.

Hayleigh Wellerd was 19 when she first started struggling with mood swings and memory loss. She was admitted to hospital after having her first seizure in December 2012.

Doctors believed the university student, now 28, had epilepsy and sent her for several tests and MRI scans which all came back inconclusive.

She was put into an induced coma for six weeks in 2013 after her condition deteriorated over time.

But Hayleigh’s friend Lauren Knowles, who is a nurse at the Royal Liverpool Hospital, had recognised her symptoms from a patient who was experiencing something similar.

Lauren had pushed her to get tested for encephalitis and even phoned Hillingdon Hospital, where she was being treated, to share her diagnosis.

The day after Hayleigh was put in a coma, doctors diagnosed her with anti-NMDAR receptor encephalitis – an autoimmune disease where the body creates antibodies against the NMDA receptors in the brain, which help with memory function. 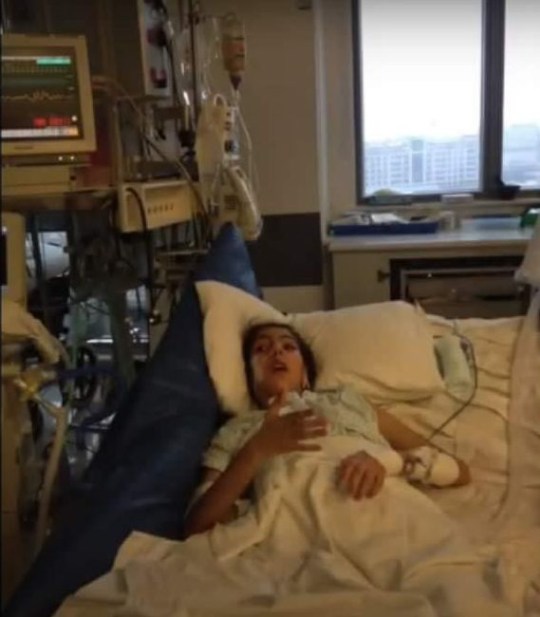 The Londoner was put into a coma for six weeks in 2013 (Picture: Liverpool Echo) 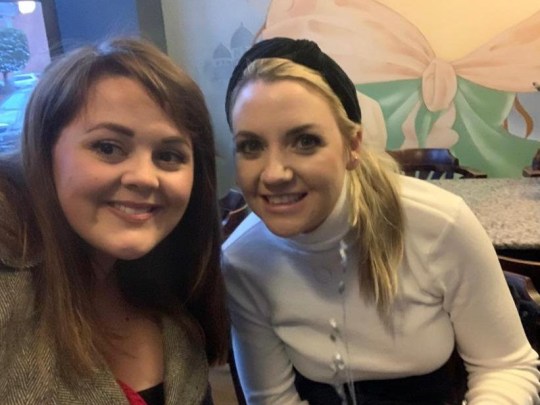 Hayleigh (left) said Lauren (right) does not ‘realise how much she did’ (Picture: Liverpool Echo)

The Londoner was brought out of her coma a month and a half later, but struggled to recognise people.

The devastating consequences of her illness saw her forced to learn how to walk, talk, eat and spell her own name again.

She told The Liverpool Echo: ‘It was harder for my family because thankfully I didn’t really remember it.’

Speaking about how much Lauren helped with her diagnosis, Hayleigh added: ‘I don’t think she realises how much she did, even if it seems like a small thing.

‘I can’t thank my family and Lauren enough for everything they all did.

‘I was in a very happy place – I was living with my twin sister, I was at university, I had a job, I had friends, and then through no fault of my own this illness struck me down and took eleven months of my life.’

Hayleigh was transferred to the Royal Hospital For Neuro-disability in South West London in June and remained in hospital for five months.

She still takes immunosuppressants and sometimes struggles with fatigue and short-term memory loss but has otherwise made a full recovery.

She says she ‘counts her blessings every day’ after returning to university and making a documentary about her story.

Hayleigh and her family now work to raise awareness on encephalitis and help to raise money for The Encephalitis Society.