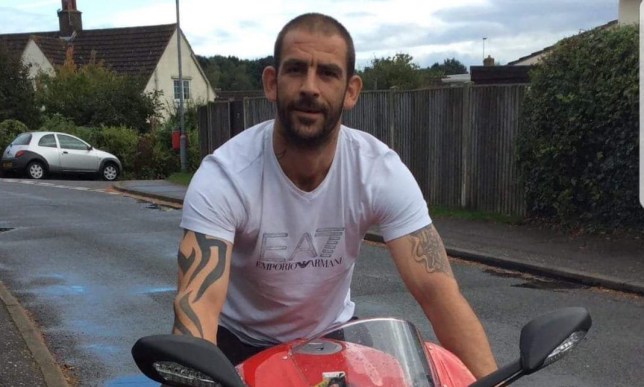 A father with a ‘heart of gold’ was stabbed to death during a fight about motorbike noise, neighbours have claimed.

Dean Allsop, 41, was taking his trail bike out on Wednesday evening when another man began arguing with him by his home in Thorpe St Andrew, near Norwich, witnesses said.

Neighbour Aaron Barkshire, 29, claimed the dispute ‘turned nasty pretty quickly’. He said: ‘He just didn’t like the noise. That something so trivial has led to this is phenomenal.’

Mr Barkshire said a fight broke out between the men, and he locked himself in his garage fearing for his life. When he came back out he saw Mr Allsop ‘covered in blood’.

He said the victim’s son told him: ‘Aaron, call the police – Dean’s been stabbed multiple times.’ Mr Barkshire added: ‘The news he’s passed away has hit me quite hard.’

He had bonded with Mr Allsop over motorbikes and said he and his teenage son kept trail bikes in a shed in their garden.

Mr Barkshire said: ‘The guy had a heart of gold, he really did. He treated my kids like one of his own. It’s very difficult.’ 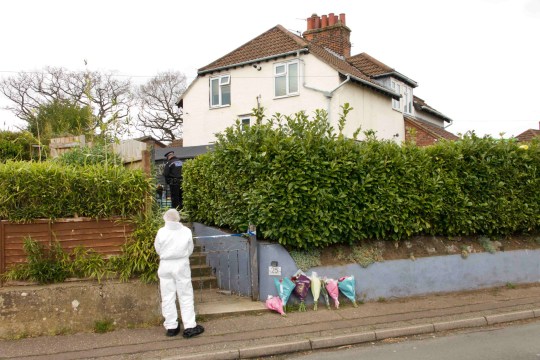 Flowers laid outside home of Dean Allsop who was stabbed to death during alleged fight over motorbike noise (Picture: East Anglia News Service)

They arrived at the scene to find four people injured, with paramedics unable to save Mr Allsop.

A 47-year-old man and two women in their 40s and 50s, including Mr Allsop’s partner Louise Newell, were taken to hospital with knife wounds. None of them suffered life-threatening injuries and all are believed to be in a stable condition.

The unnamed male has been arrested on suspicion of murder and will be brought in for questioning in due course, police said.

A 17-year-old boy was also arrested at the scene on suspicion of assault occasioning grievous bodily harm and is being quizzed at Great Yarmouth Police Investigation Centre.

A white forensic tent was erected in a garage area on the estate as investigations continued on Thursday, with a section of road nearby sealed off by police tape.

Two trail bikes under covers – believed to be Mr Allsop’s and his son’s – were parked within the area of the road taped off by police. A Home Office post-mortem examination will establish the victim’s cause of death.

Detective Chief Inspector Phill Gray, from the Norfolk and Suffolk Major Investigation Team, said: ‘We are working to establish events leading up to this incident and have spoken with a number of witnesses and will continue with our inquiries at the scene today.

‘Initial findings lead us to believe this was an isolated incident involving local residents.

‘We’re still keen to hear from anyone who may have witnessed the incident and hasn’t yet spoken to police or anyone with information about it to come forward.’

Additional officers will be on patrol in the area over the next few days to offer reassurance to residents. Anyone with information should contact the Norfolk and Suffolk Major Investigation Team on 101.