There are fears North Korea could test its nuclear weapons next (Picture: KCNA / AP / AFP)

North Korea has tested its most powerful missile since 2017 with a record-breaking seventh launch since the start of the year.

A projectile, believed to be a single ballistic missile, was fired from the country’s Jagang Province toward the ocean at 7.52am local time on Sunday, according to South Korea’s Joint Chiefs of Staff.

It reached a maximum altitude of 1,242 miles and travelled for nearly 500 miles, indicating it had the longest range of any of the missiles tested during the most recent launches.

Pyongyang has never test-fired this many missiles in a calendar month before and has threatened to abandon a nearly five-year-long ban on testing long-range and nuclear weapons.

South Korea’s President Moon Jae-in fears the north appears to be following a ‘similar pattern’ to 2017 – when tensions were last at breaking-point on the peninsula – and has warned nuclear and intercontinental missile tests could restart imminently.

Despite the threat of more sanctions, Kim Jong Un has been flexing his military muscles and has vowed to modernise the regime’s armed forces.

He’s trying to increase the pressure on the Biden administration and ‘wants to warn Washington and Seoul that trying to topple it would be too costly’, according to Leif Easley, a professor at Ewha University. 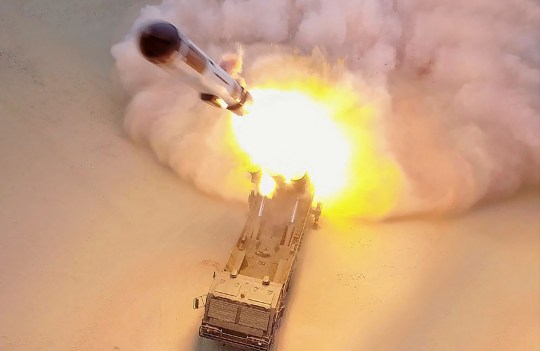 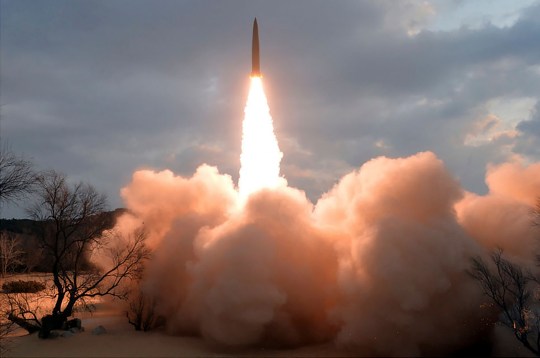 ‘So this would imply today’s test involves one of those missile types – or potentially something new. In other words, a big deal.’

The North Korean leader in April 2018 declared that ‘no nuclear test and intermediate-range and inter-continental ballistic rocket test-fire’ were necessary for the North any longer after talks with then-US President Donald Trump. 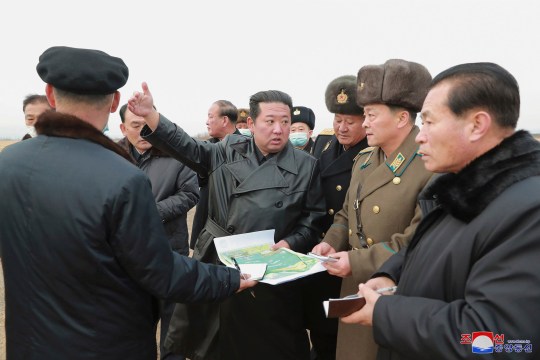 Kim Jong Un is flexing his military-muscles due to is country’s economic problems (Picture: AP)

Mr Moon described the North’s latest tests as a violation of UN Security Council resolutions and a ‘challenge toward the international society’s efforts to denuclearise the Korean Peninsula, stabilise peace and find a diplomatic solution’ to the nuclear standoff.

The North ‘should stop its actions that create tensions and pressure and respond to the dialogue offers by the international community including South Korea and the United States,’ Mr Moon said.

The US Indo Pacific Command said the US condemns North Korea’s testing activity and calls on the North to refrain from further destabilising acts. It said the latest launch did not ‘pose an immediate threat to US personnel, territory, or that of our allies’.

Pyongyang has tested hypersonic missiles twice this month, as well as carrying out four launches of short-range ballistic and cruise missiles.

Washington imposed fresh sanctions in response, prompting Pyongyang to vow a ‘stronger and certain’ response to any attempt to rein it in.