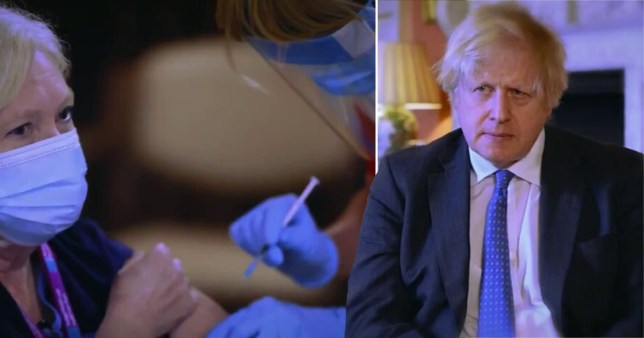 The film was due to be released a month ago (Picture: No10)

Downing Street has defended the production of a film about the UK’s vaccine programme that is yet to see the light of day a month on from its release date.

Officials have refused to say how much A Beacon Of Hope: The UK Vaccine Story has cost the tax payer.

The documentary was attacked as ‘expensive propaganda’ after a trailer featuring dramatic music was shown on March 10.

The teaser accompanied a Tweet from No 10 which said: ‘Extraordinary. Unexpected. Fantastic. “A Beacon of Hope: The UK Vaccine Story. Coming soon”.’

At the time, a Cabinet Office spokesperson said the full film was scheduled to go out ‘later this week’.

But over a month on it has yet to materialise, with Downing Street still unable to give an official release date.

The Prime Minister’s spokesman said on Wednesday that the documentary ‘will be published’ but did not say when.

He insisted it was produced ‘entirely in house by No 10 staff as part of their work’ and ‘within the existing budget for the digital communications team’.

Any costs for the musical soundtrack would have come from within that budget, the spokesman added.

Asked whether it was right that taxpayers’ money was spent on a promotional film, the spokesman said: ‘It’s important that the public are able to understand this important public health issue about the vaccine rollout.’

In response to the trailer being released, Labour’s deputy leader Angela Rayner said: ‘The government must come clean about how much taxpayers’ money was spent making this ‘documentary’ and for what purpose. 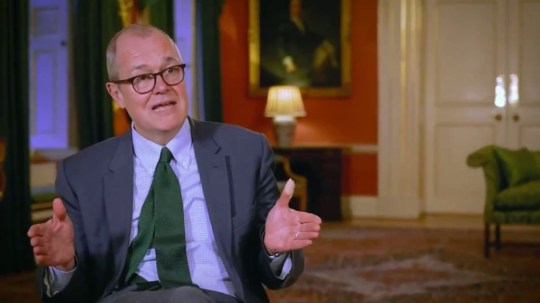 ‘Surely the money would be better spent on pay rises for the NHS staff who have been saving lives throughout this pandemic and are now rolling out the vaccine?’

‘Sorry for the spoiler, but we already know the plot twist will be the prime minister choosing to cut the pay of the same nurses delivering the vaccine to the British people, while handing out billions in contracts to Conservative Party donors and cronies.’

The 51-second trailer features interviews with familiar faces including England’s chief medical officer Professor Chris Whitty and the full version is thought to be around 30 minutes long. 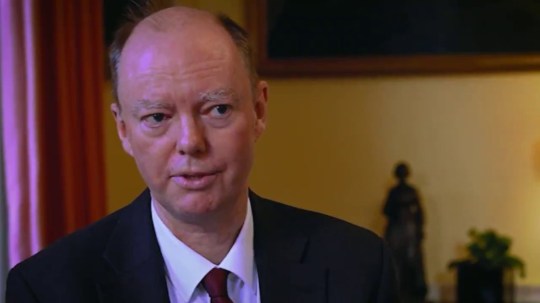 Chris Whitty will also appear in the film

Responding to criticism at the time, A No 10 spokeswoman said the video was ‘a thank you video for everyone involved in developing and distributing vaccines in the UK’.

The UK’s vaccine rollout has hit some stumbling blocks since the trailer was released.

A week after the teaser was first aired, the NHS warned a vaccine shortage would affect appointments in April.

The picture has changed further after evidence linking the Oxford jab to very rare blood clots came to light, with regulators last week recommending that under 30s have a different one.

The Government has released a number of glossily-produced videos in recent months, including a six-minute-long video posted by Chancellor Rishi Sunak in the run-up to the Budget in which he reflected on his time in No 11.

The video was ridiculed by opposition MPs, with shadow health minister Jonathan Ashworth joking ‘the ego has landed’.