NISSAN has become the first car manufacturer to sell ONE MILLION crossover vehicles in the UK – with more than 90 per cent built on British soil.

Crossovers, which combine SUVs and family hatchback traits, have experienced mass growth over the past decade, with Nissan manufacturing the Qashqai, Juke and X-Trail models. 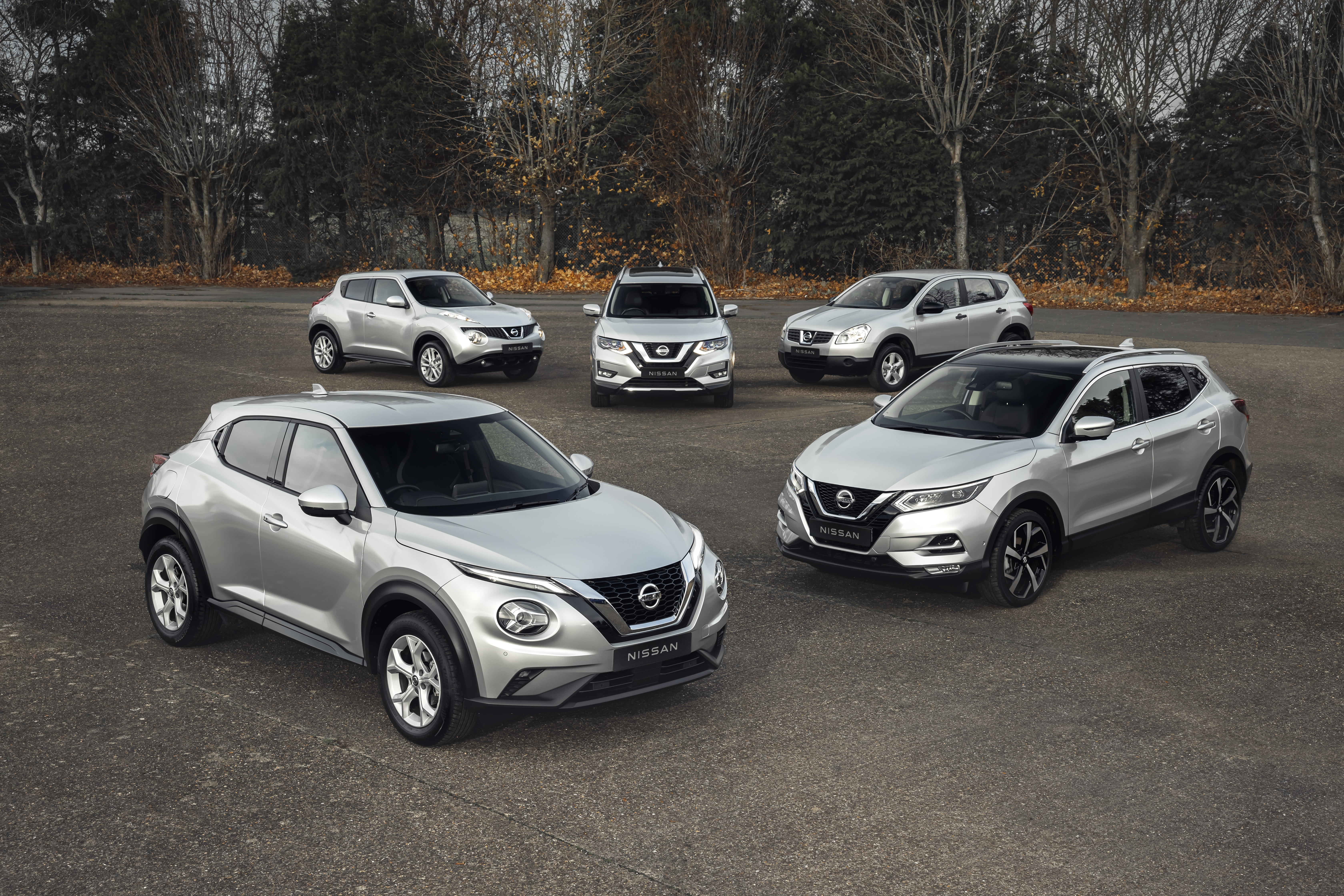 Nissan has become the first car manufacturer to sell ONE MILLION crossover vehicles in the UKCredit: David Shepherd 07831 586 258

The car manufacturer, which operates the UK’s biggest car factory in Sunderland, reached the one million sales figure in just 14 years.

And a whopping 93 per cent of these UK sales are of crossovers which were built in the north east, with the remaining seven per cent imported from Japan.

To celebrate the milestone, Nissan wrapped the models that contributed to the sales milestone in platinum – a nod to the music industry where a platinum record is awarded to artists who achieve one million sales of their album or single.

Andrew Humberstone, managing director, Nissan Motor Ltd. said: “We are thrilled to have reached this unprecedented sales milestone and wish to express sincere gratitude to our customers for putting their trust and loyalty in the quality of Nissan’s vehicles.

“Quite simply, if you are thinking of buying a crossover you will not find another brand that has even close to the number of happy customers as Nissan.

“We’re the market leaders in this segment because we put our customers first – in the design and engineering of our vehicles, but also in the purchasing and ownership experience.”

The Qashqai is a main fixture in the UK’s top 10 selling cars, with the Nissan Juke regularly entering the top 15 best-selling models.

And in a boost to British manufacturing, Nissan will next week unveil the new Qashqai, which will again be built at the Sunderland plant, and go on sale later in the year.

The Qashqai is the UK’s largest volume manufactured car with more than three million manufactured in Sunderland and sold worldwide.

Nissan’s Sunderland plant is also the largest automotive factory in UK history, with one in three British-made cars coming off its production lines, making Nissan the UK’s biggest car manufacturer.

Humberstone added: “As a brand Nissan is always looking to our future and ensuring we exceed both the demands and desires of our customers.

“We launched the next generation Nissan Juke at the end of 2019 and in July 2020 we unveiled Ariya, our first all-electric crossover.

“The next generation of Qashqai will also be with us very soon featuring two electrified powertrains that will reinforce its benchmark position in the segment.

Whilst Nissan has had to close showroom doors during the national lockdown, the brand’s [email protected] service is supporting customers with their next purchase from the comfort of their homes.

Customers can browse and configure models, explore finance options, and even click-and-collect from their nearest COVID-secure Nissan showroom.