NICK Clegg has been called to resign over Facebook’s ban on Australian news after MPs blast the site’s “staggering lack of respect”.

The former Deputy Prime Minister, who in 2018 became the tech giant’s head of global affairs and communications, has been slammed by British MPs. 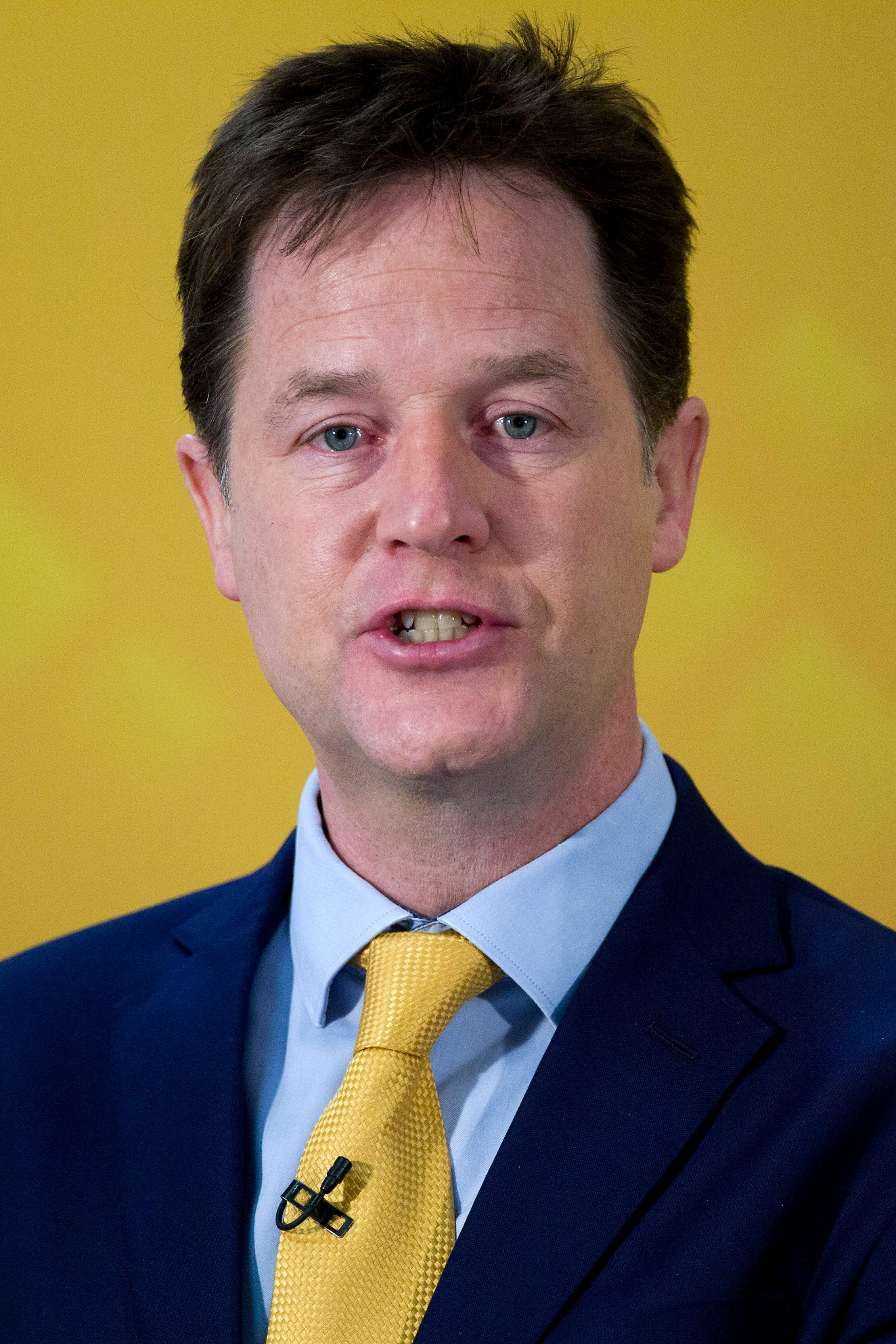 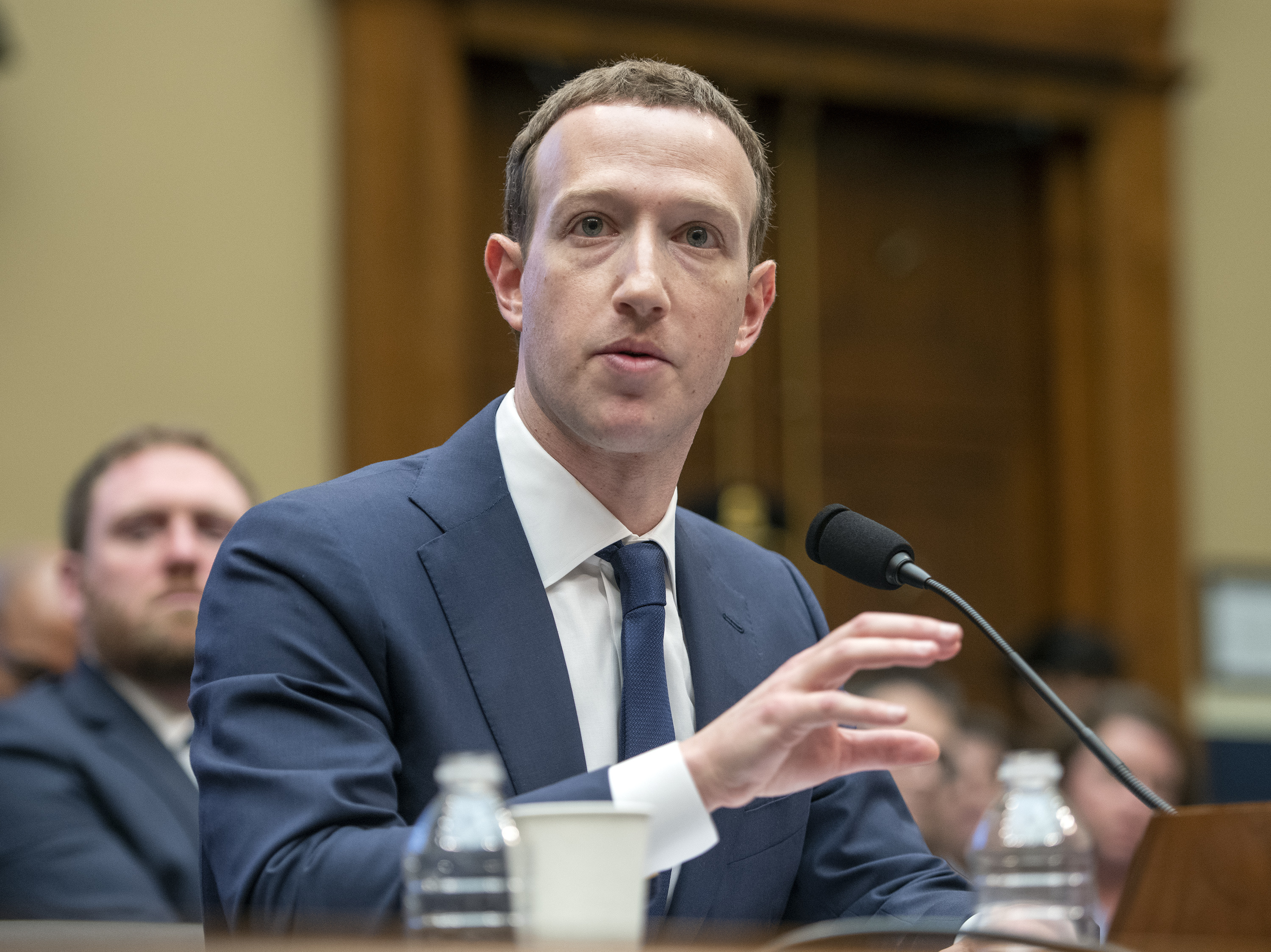 Social media giant Facebook was founded in 2004 by Mark ZuckerbergCredit: The Mega Agency 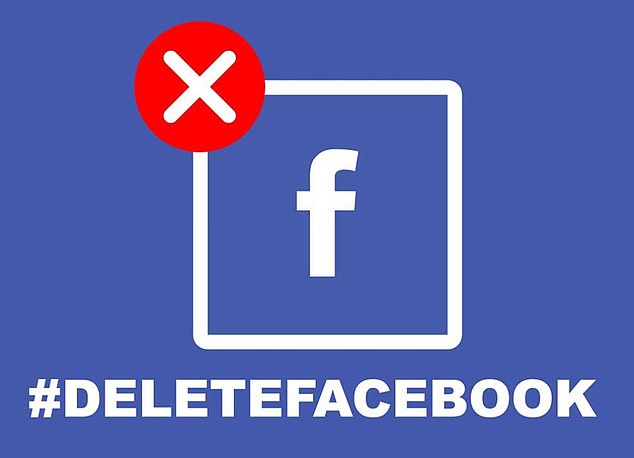 Hashtags #DeleteFacebook and #BoycottZuckerberg have been trending

Outraged users have begun to boycott the site, with hashtags like #DeleteFacebook and #BoycottZuckerberg becoming popular.

Flocks of users have also posted farewell messages on their pages before deleting their accounts.

He told The Times: “These bully-boy tactics are absolutely crass and irresponsible, particularly at a time of global pandemic when people need trusted news sources.

“It’s Australia first, who will be next?”

Other MPs have called for Nick Clegg, who became head of global affairs and communications at Facebook in 2018, to “rethink this position”.

Mr Knight added: “If I was Nick Clegg, I would be doing more than appearing in videos saying “I’m sorry”, I would really consider my position at this point.

“This action by Facebook shows a staggering lack of respect for democratic processes.”

The extraordinary move to block news feeds on the platform in Australia came in response to a proposed law compelling tech giants to pay for journalism.

It means “international” publishers can continue to publish news content on Facebook, but links and posts cannot be viewed or shared by Australian audiences.

The brazen decision to “unfriend Australia” has been slammed as “disgraceful” by politicians in Australia.

And enraged Facebook users have been sharing their final posts before permanently deleting their accounts – and have urged others to boycott the platform after the “bullying” news ban.

Former Deputy Mayor of Maribyrnong, Victoria, Megan Bridger-Darling, said she would be deleting her Facebook account and told followers they could find her on “Twitter, email, phone, and occasionally in the news”.

“I choose reliable news sources over a platform that benefits and enables anti-vaxxers, klan members, doxxers, fear-mongerers, and extremists to peddle their messages entirely unopposed.” 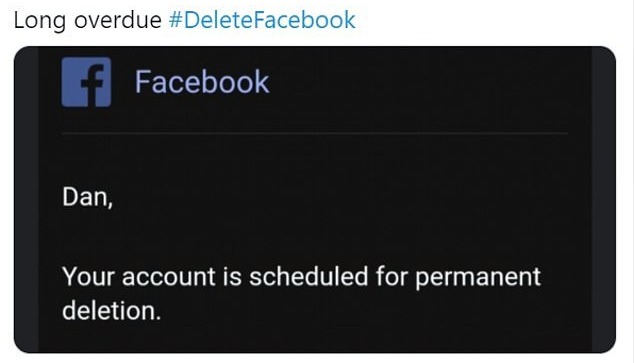 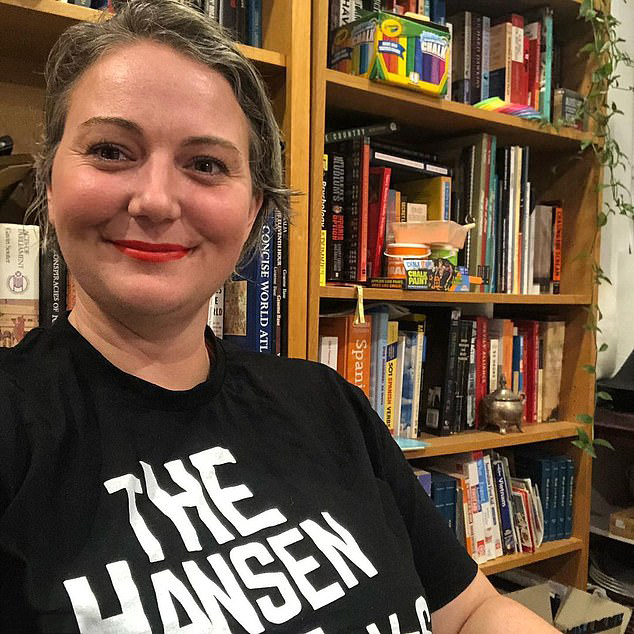 A Newcastle man urged his Facebook friends to delete their profiles with him.

“Bushfire warnings, flood warnings and Covid-19 warnings all turned off by Facebook in Australia,” he said.

“Facebook has turned off all Australian publishers because they object to laws being passed by a democratic government.

“[It] is time to send Mark Zuckerberg a message #deletefacebook.”

Journalist Benjamin Arie wrote: “It is time to #DeleteFacebook.

“I’ve had a FB account since 2005 – yes, sixteen years ago, back when it was still ‘TheFaceBook’ and you needed a .edu email address to join.

“It has become a censorship and privacy nightmare… the promise of communicating your thoughts with others has now been fully replaced by a platform which controls who you can talk with, what you can think and post, which political views you can hold.

He added: “You failed, Facebook. People flocked to you as a platform of communication and expression, and you dismantled everything that made it good and useful.

Another Australian user simply wrote: “The process has begun. Email, text or call me instead.” 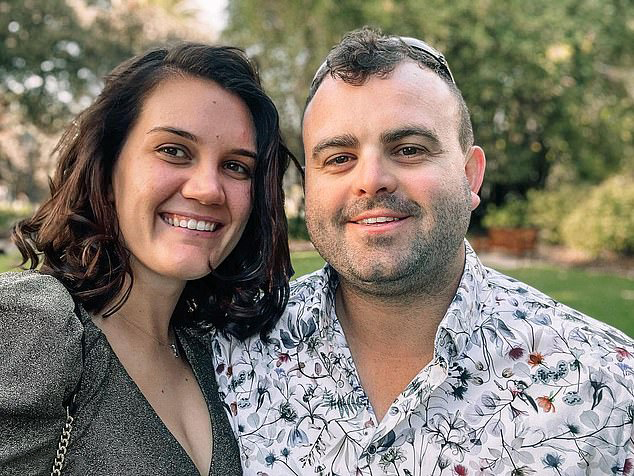 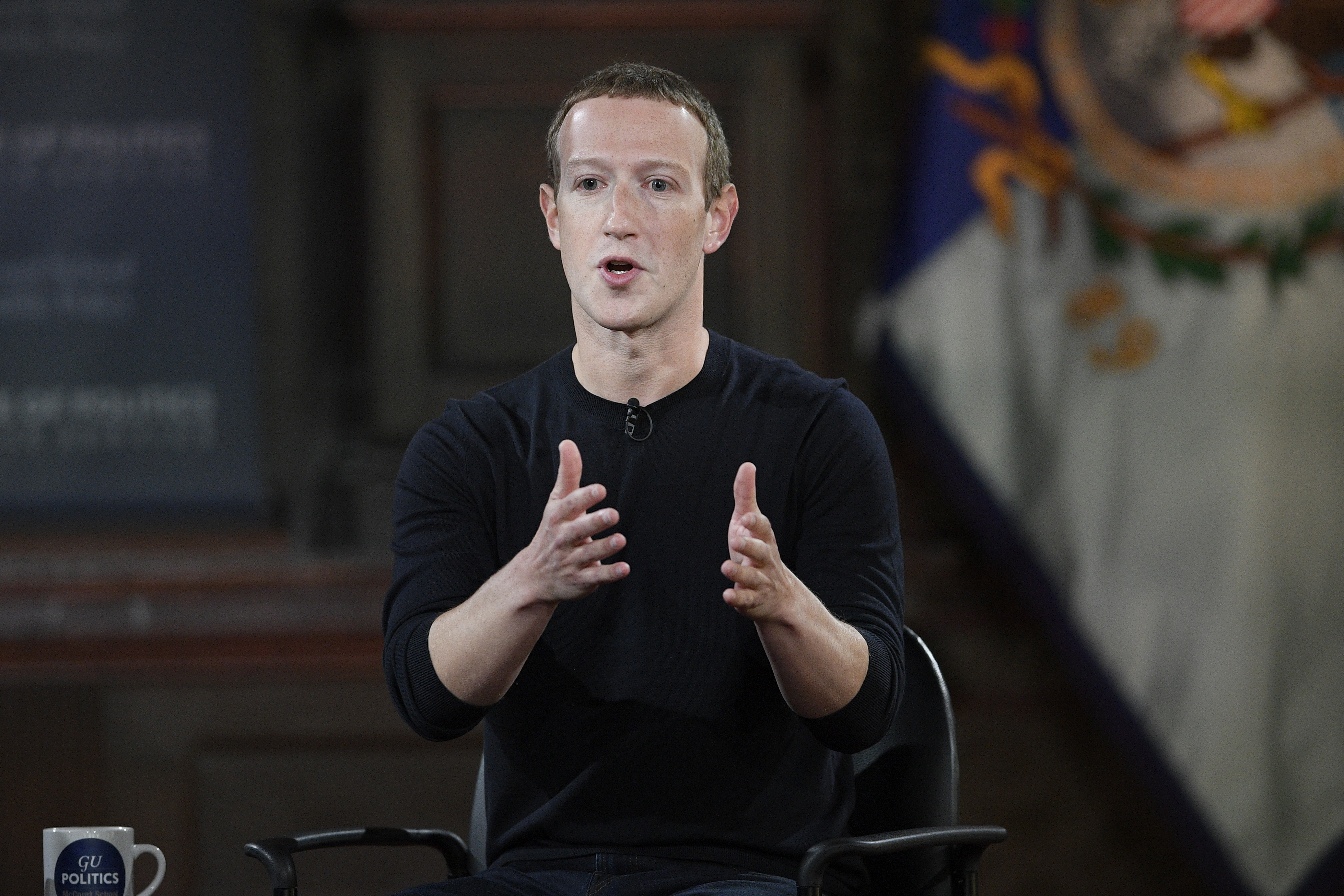 “Send me your mobile number in messenger if you still want to contact me. This social platform has played it’s last card.

“Let’s go back to the old method of talking to each other. With our phones that we pay for every month to use.”

Meanwhile, Western Australia entrepreneur Jared Fitzclarence said he was pulling all paid advertising from the platform.

“I am making a commitment to immediately cease all paid advertising on any Facebook platform and to refrain from clicking on any paid advertisements,” he said.

“To all Australian entrepreneurs, I challenge you to do the same for your advertising budgets.”

He also urged others to “refrain from clicking on any paid advertisements within the Facebook interface until such times as Australian news content is fully restored to their platform and negotiates fair compensation for news content creators”.

“Pilbara Party Hire spends over $3,000 on paid advertising through Facebook every year and has done for the past 4 years,” it said.

“This forum has been effective and money well spent however Facebook has now banned all Australian media companies and private profiles from sharing news on Facebook.

“So we find it fair that we cease spending with Facebook until the ban is lifted and they pair their fair share to Australian Media Companies for quality content creation.”

“So Australians are now gagged on Facebook,” she wrote. 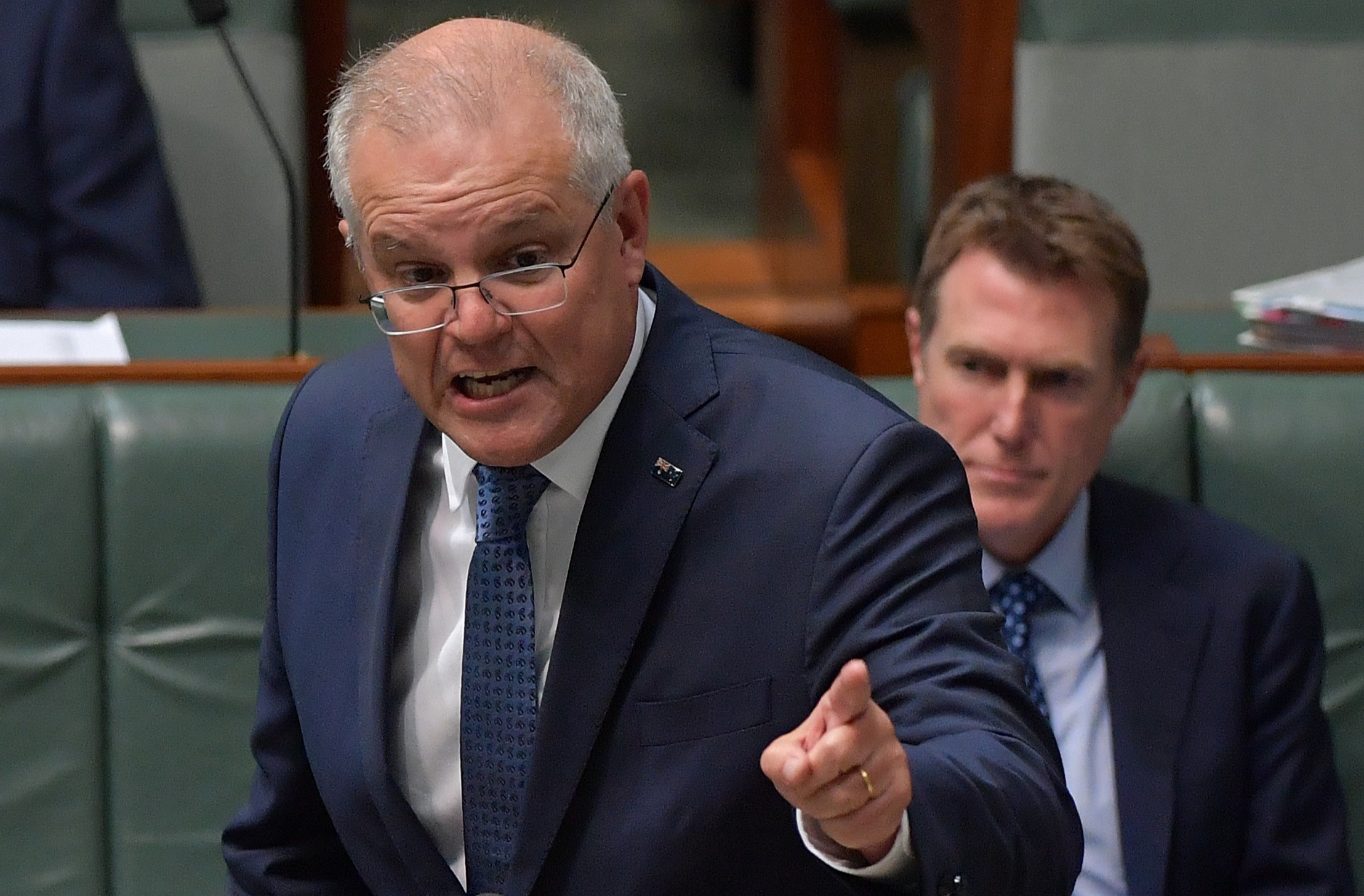 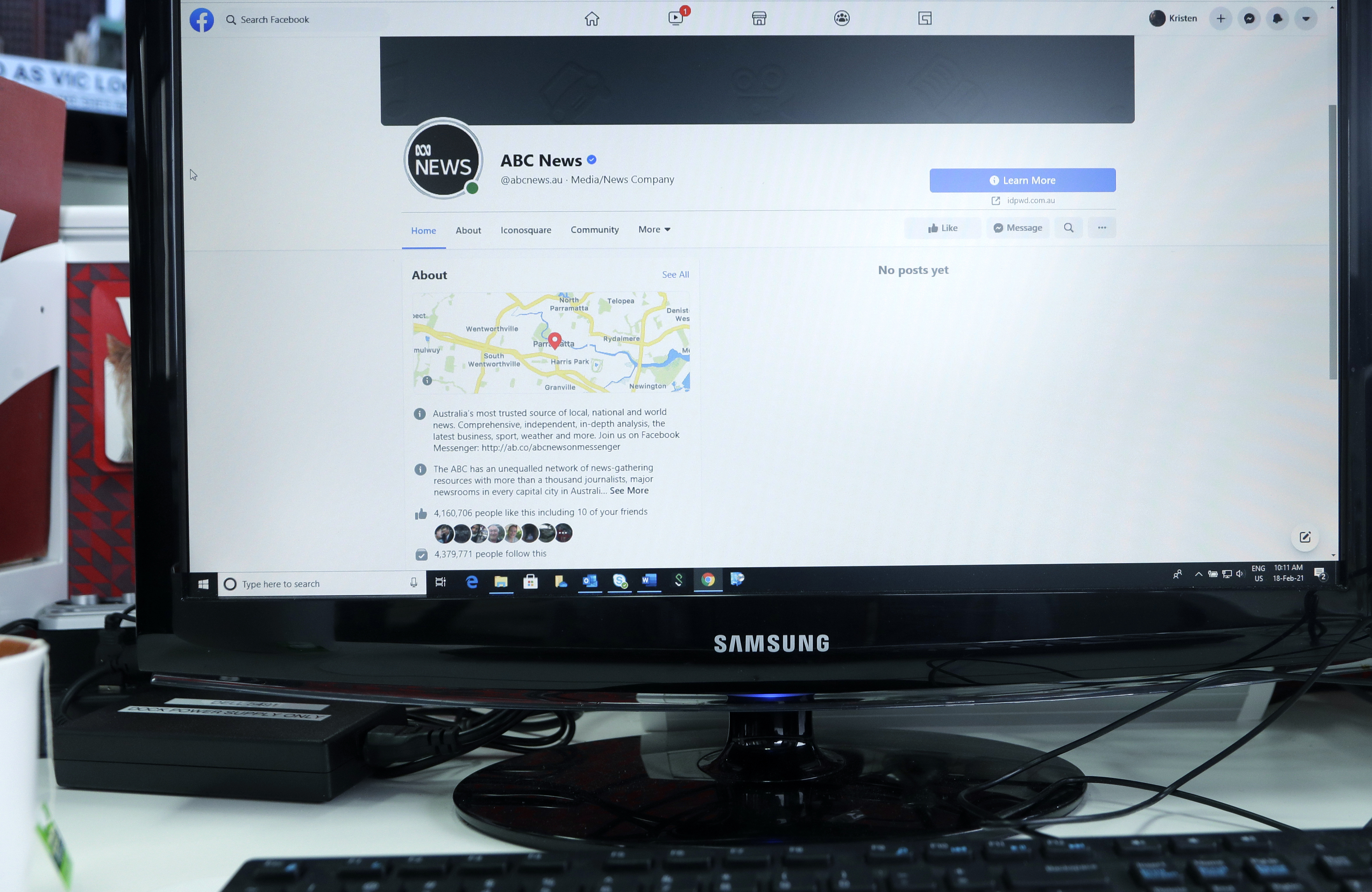 “I’ll be over at reddits r/Australia.”

Facebook’s decision to ban news on the platform in Australia has been slammed as an “abuse of power”.

“This is an assault on a sovereign nation,” Health Minster Greg Hunt told Parliament.

“It is an assault on people’s freedom and, in particular, it’s an utter abuse of big technologies’ market power and control over technology.”

Australian news organisations could not post stories and people who tried to share existing news stories got notifications saying they were blocked from doing so.

The official Facebook social media page on the platform was also caught in the firing line, according to Daily Mail Australia.

Facebook later said this was a mistake and many of the pages have been reinstated.

Prime Minister Scott Morrison said Australia would not be “intimidated” by the brazen move by the tech giant.

“Facebook’s actions to unfriend Australia today, cutting off essential information services on health and emergency services, were as arrogant as they were disappointing,” Morrison posted on Facebook.

“These actions will only confirm the concerns that an increasing number of countries are expressing about the behavior of BigTech companies who think they are bigger than governments and that the rules should not apply to them.

“They may be changing the world, but that doesn’t mean they run it.

“We will not be intimidated by BigTech seeking to pressure our Parliament.”

“Their push for end-to-end encryption will make it easier for paedophiles to share child sexual exploitation material.”

End-to-end encryption – already used by WhatsApp – means only the people communicating can see their messages.

Dutton said he fears that thousands of paedophiles will never be caught under the new secret messaging system.

“I think it’s a complete outrage. I think there is a moral obligation on people like Mark Zuckerberg to step up and do the right thing,” he said.

“At the moment they’re facilitating these criminals, these networks, these organised criminal syndicates who are exploiting and destroying the lives of young children and we need to call it out.”

A Facebook spokesman told Daily Mail Australia it has “zero tolerance” for behaviour which exploits children. 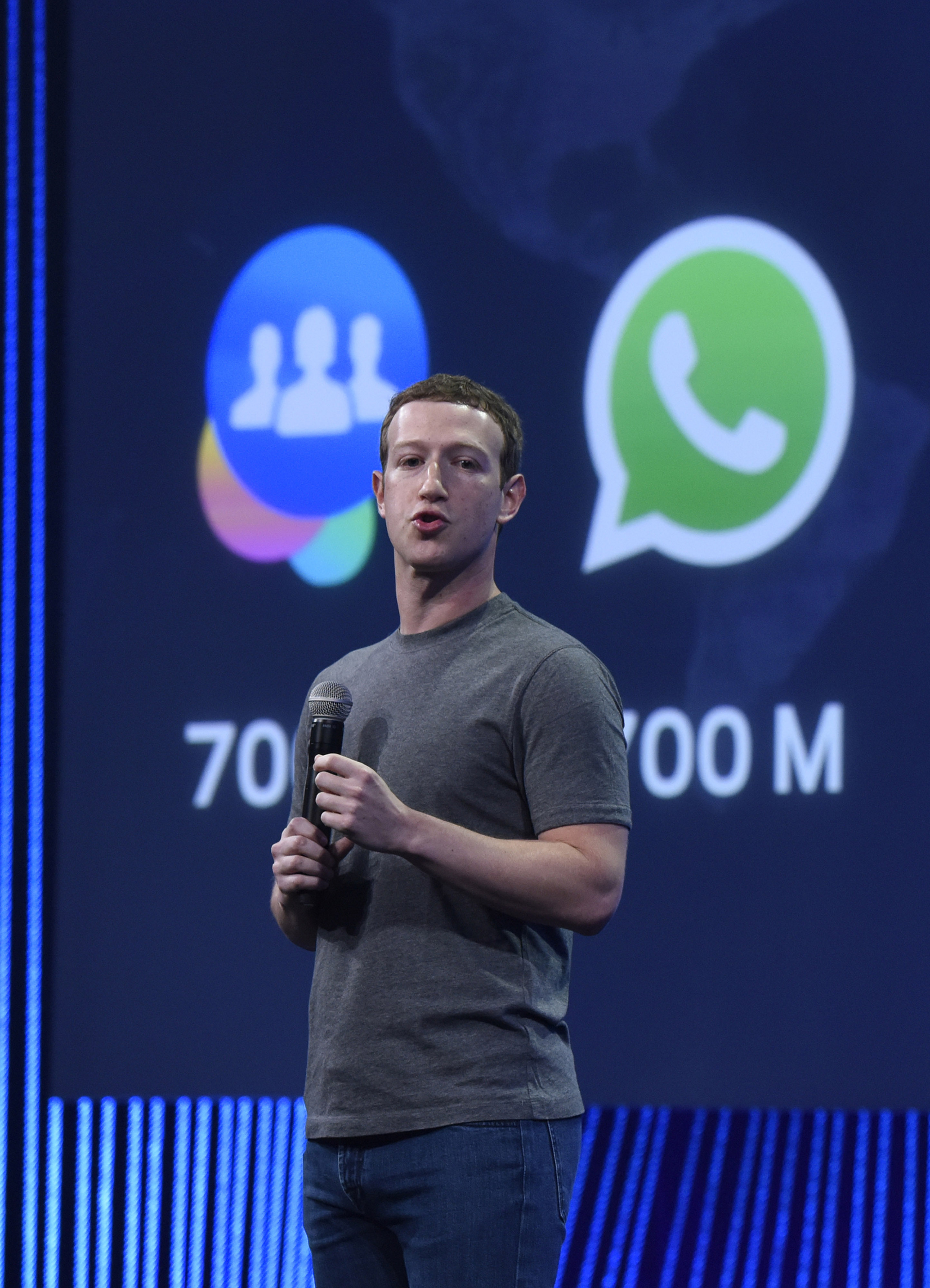 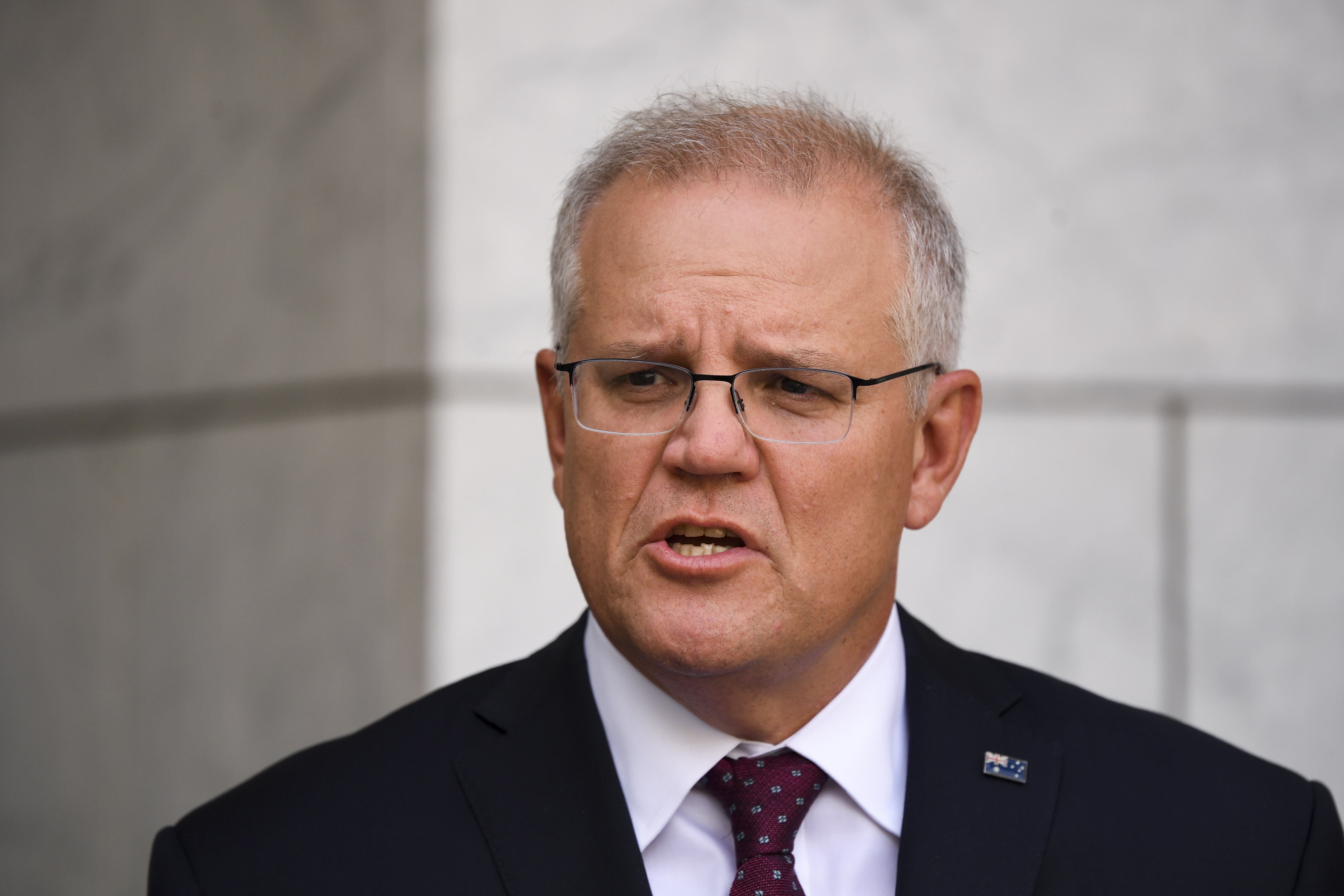 “We work closely with law enforcement agencies in Australia and around the world to report and remove harmful content,” he said.

“Facebook leads the industry in combating child abuse online and we’ll continue to do so on our private messaging services.”

Facebook’s move to ban news on its platform in Australia comes as politicians are considering forcing digital businesses to reach paid-for-news agreements with media companies.

The draft legislation being looked at could create a so-called News Media Bargaining Code.

On Wednesday, William Easton, managing director at Facebook Australia and New Zealand, said the “proposed law fundamentally misunderstands the relationship between our platform and publishers who use it to share news content”.

“It has left us facing a stark choice: attempt to comply with a law that ignores the realities of this relationship, or stop allowing news content on our services in Australia,” Easton said.

“With a heavy heart, we are choosing the latter.”

Tim O’Connor, Amnesty International Australia campaigner, said: “It is extremely concerning that a private company is willing to control access to information that people rely on.

“Facebook’s action starkly demonstrates why allowing one company to exert such dominant power over our information ecosystem threatens human rights.

“It’s alarming that community support groups, emergency services and charities have had their content blocked.”

He added: “Facebook’s willingness to block credible news sources also stands in sharp distinction to the company’s poor track record in addressing the spread of hateful content and disinformation on the platform.”

Even Stephen Scheeler, former boss of Facebook Australia and New Zealand, accused the social media giant of trying to “bully and intimidate” the country. 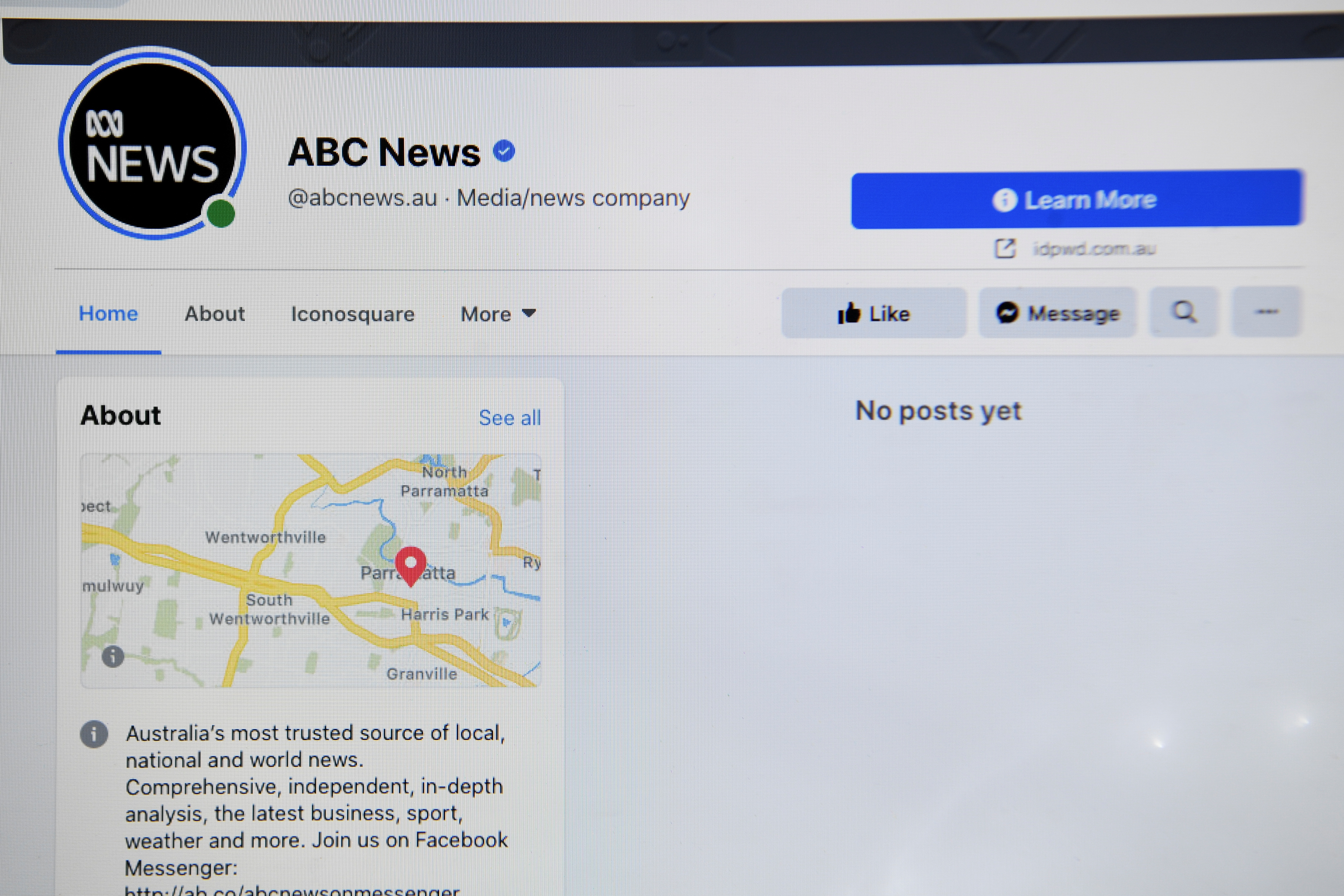 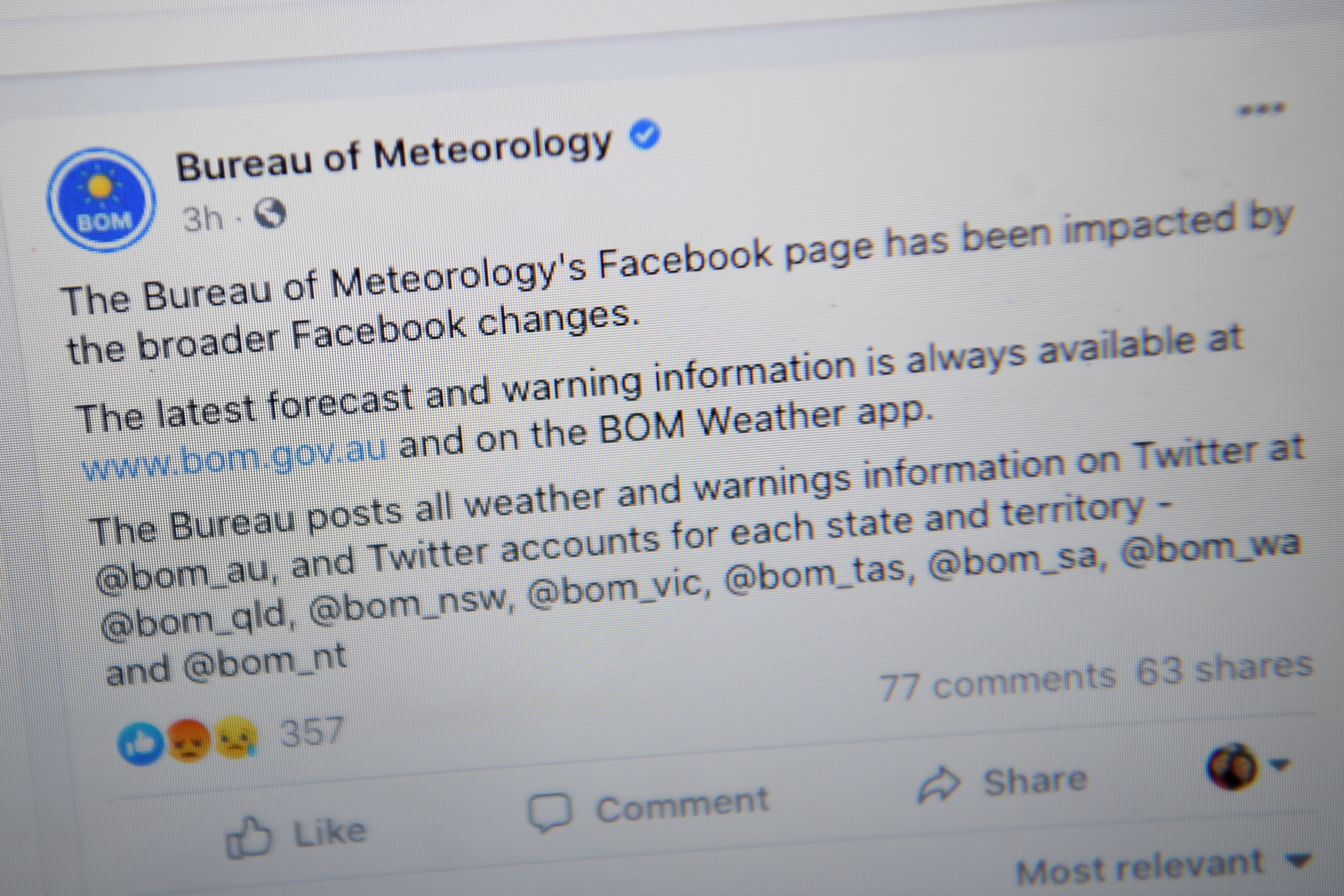 Deals have been done elsewhere to enable search engines to pay media companies for news, as Australian politicians debated amended legislation to create the code.

It comes after Rupert Murdoch’s News Corp announced a global agreement with tech giant Google that will see them pay for stories.

The ground-breaking deal by the ultimate owner of The Sun and The Times will see the media company contribute to Google News Showcase, an update to its news search platform.

“Google Search is inextricably intertwined with news and publishers do not voluntarily provide their content,” he said.

“On the other hand, publishers willingly choose to post news on Facebook, as it allows them to sell more subscriptions, grow their audiences and increase advertising revenue.”

He said the social media giant receives a “minimal” business gain from news, which makes up less than 4 percent of content users see on their news feed.

“Journalism is important to a democratic society, which is why we build dedicated, free tools to support news organisations around the world in innovating their content for online audiences,” he said.

Mr Easton claimed the proposed legislation seeks to “penalise” Facebook for “content it didn’t take or ask for”.

He said the company is prepared to launch Facebook News in Australia to “significantly increase our investments with local publishers”, but would only do so “with the right rules in place”.

Death In Paradise viewers fume at cliffhanger for Neville and Florence