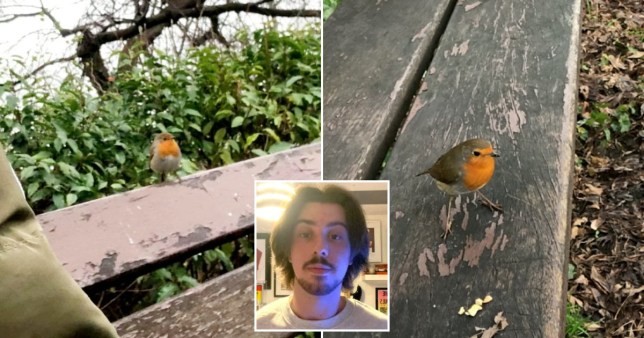 Richard Coates says the same robin, nicknamed ‘little dude’, has been joining him on breaks for more than a year (Picture: SWNS)

An apparently fearless robin is sending an NHS worker’s spirits soaring by meeting him for lunch every day.

Richard Coates, 25, who works in the critical care unit at Newcastle’s Royal Victoria Infirmary, said his unlikely feathered friend has been joining him on a bench at break times for more than a year.

He was used to taking short 20-minute breaks during his 12-hour shifts unaccompanied. But that changed when the robin decided to sit next to Richard for the whole of his break in December 2019.

And Richard said the very same bird – nicknamed ‘little dude’ – has returned every day to the same bench, in Leazes Park, opposite the hospital, to keep the key worker company.

Richard, from Bedlington, Northumberland, said his pal helps him stay positive during a difficult shift.

‘It’s absolutely crackers! He just popped out of the bush behind me and kind of never left!’ he said.

‘I work three days a week and he comes pretty much every day for breakfast and lunch, but not always at teatime because it gets a bit dark. 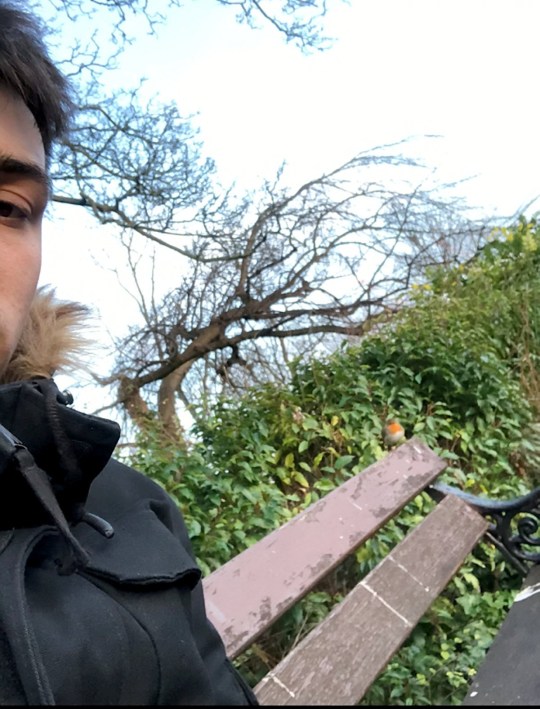 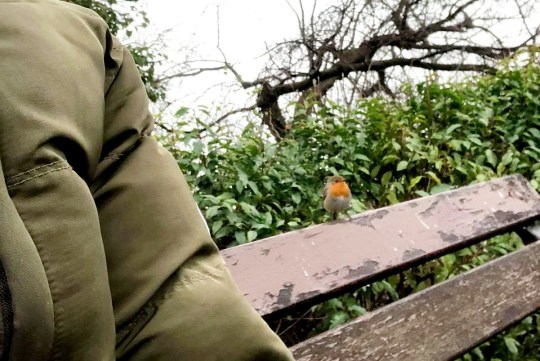 Richard said the robin, who he affectionately calls ‘little dude’, flies straight over when he arrives in the park (Picture: Richard Coates/SWNS)

‘As soon as he realises who it is on the bench he flies straight over!

‘It’s peaceful when he pops up, also gives me a break from the hectic life on the unit at the moment.

‘Just a reminder that eventually everything will be okay and back to normality, just going to take some time that’s all.’

Richard said ‘little dude’ sits just six inches away from him – but flies away if anyone else gets too close.

He brings along bird food or dried fruit for his feathered pal – but sometimes gives him a bit of milk from his cappuccino as a treat.

Richard added: ‘I know he has a family in a tree about 20 or 30 feet away, as he sometimes picks up some food and goes away to drop it off, and then comes back to eat his own!’ 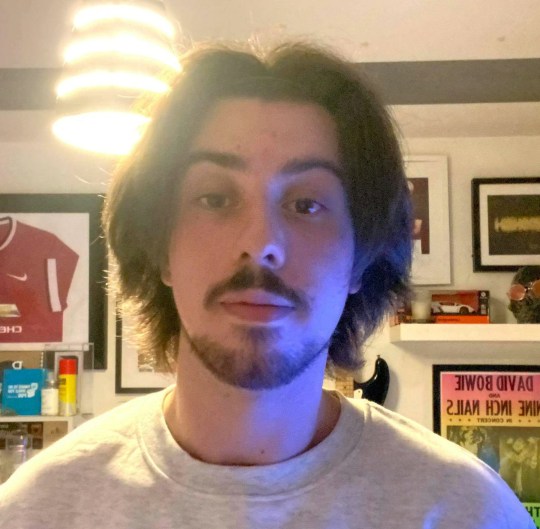 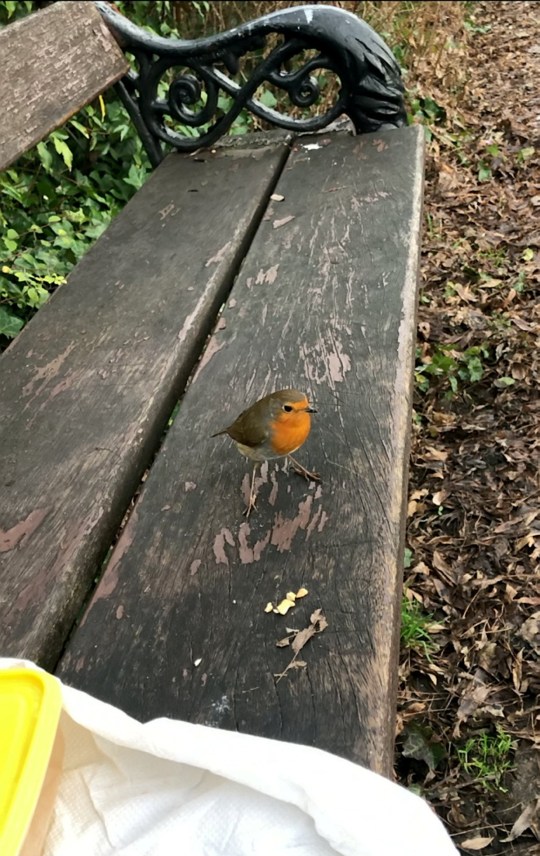 Richard said he and the robin like to ‘just sit and chill’ (Picture: Richard Coates / SWNS)

And if he sits on a different bench, his red-breasted friend will fly over – before returning to their usual spot.

‘I chatter away to him sometimes about any old stuff, but mostly we just sit and chill,’ he said.

Richard, who has been working at the hospital for more than three years, hopes to qualify as a nurse in the future.

He told how he ‘absolutely loves his job’ – as colleagues revealed how he makes shifts in full PPE more bearable, describing him as a ‘true joy to work with’.

Richard is part of three generations of healthcare workers including his mum, who served the NHS for 30 years, and his grandmother, who worked for the health service in its early days.