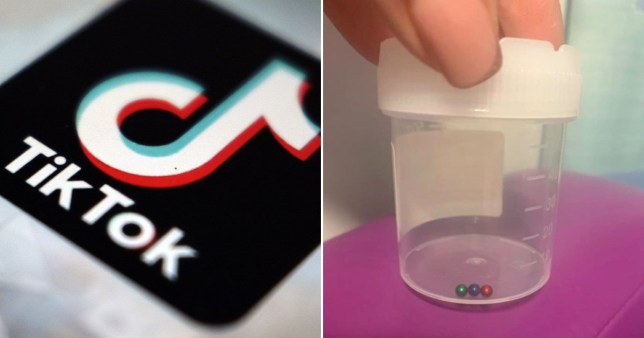 The NHS is calling for tiny magnetic balls used as fake tongue piercings in a viral TikTok trend to be banned (Picture: AP/Sue Clarke/SWNS)

The NHS is calling for tiny magnets used to create fake tongue piercings as part of a TikTok trend to be banned – amid a rise in people swallowing them.

People place two magnetic balls, currently sold as ‘creative toys’, on either side of their tongue as part of the viral prank.

But swallowing more than one magnet can be life-threatening and causes significant damage within hours.

The magnets are forced together in the intestines or bowels – squeezing the tissue and resulting in blood supply being cut off.

At least 65 children have been rushed to hospital for urgent surgery in the past three months after ingesting the magnets.

There has been an increase in admissions among older children and teenagers taking part in the online trend, according to the NHS.

One girl, 13, had to have her appendix and part of her bowel removed after copying the TikTok trend.

Mum Faye Elizabeth said her daughter, who has not been named, placed the magnetic ball bearings on either side of her tongue and cheeks. 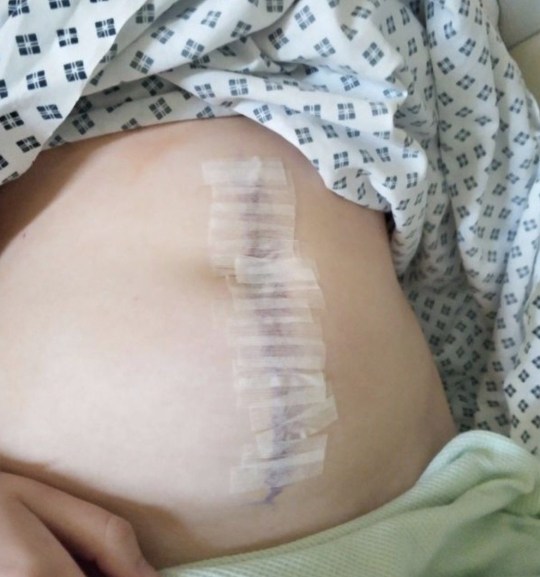 Faye Elizabeth’s 13-year-old daughter has been left with a six-inch scar after taking part in the ‘very dangerous’ TikTok trend (Picture: Liverpool Echo)

Doctors later removed 15 magnets from her body after the teen underwent emergency surgery.

She has been left with a six-inch scar after the operation earlier this week.

Faye warned: ‘I think other parents need to be made aware of these magnetic beads as they’re very dangerous’.

Louie needed emergency surgery after swallowing 23 magnets which closed into a loop in his intestines, a scan showed. 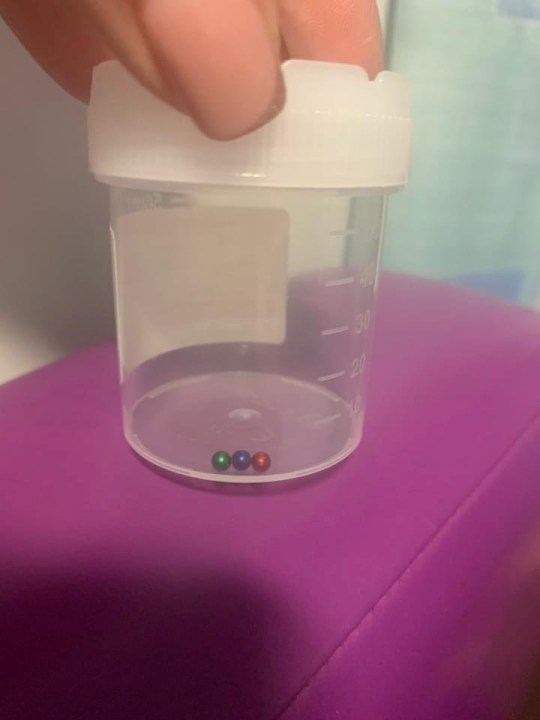 The NHS issued a patient safety alert over the trend earlier this month.

‘There is nothing fun for children or their parents about surgery to remove magnets that have been swallowed and become stuck together through different parts of the intestines, or the long-term physical problems and internal scarring that can be left behind.

‘I would urge parents to be aware of the dangers associated with magnetic toys but ultimately, the only way we can prevent future incidents is to stop these items being sold altogether.’

Unlike traditional magnets, the tiny balls, which are less than 6mm in diameter, have a powerful magnetism and can be easily swallowed.

Natasha Crookes, of the British Toy & Hobby Association (BTHA), said: “The BTHA believes the law should change to classify these types of products as toys so they have to meet strict toy safety regulations.

‘That would mean a change in design to ensure the magnets are covered by a casing too large to swallow.’

The NHS advises people not to wait for symptoms if magnets are swallowed seek help at A&E immediately.

Covid cases rise by a quarter in a week as UK records another 3,398 infections but deaths stay low with 7 victims

Why is Rita Ora not on The Masked Dancer and who has replaced her?