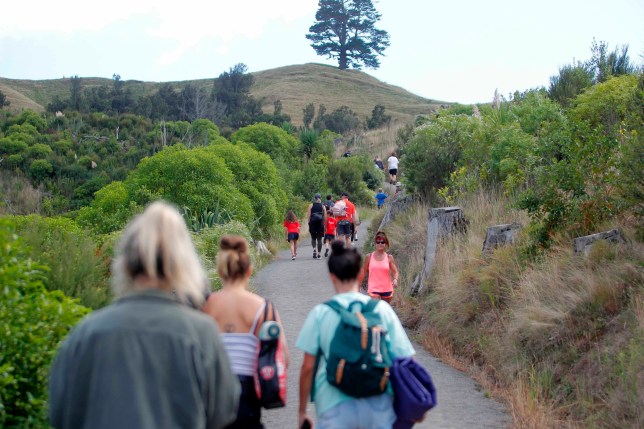 Tsunami warnings were triggered across the South Pacific following one of the strongest earthquakes to hit the region in modern history.

The magnitude 8.1 quake in the Kermadec Islands region about 620 miles from New Zealand’s two main islands was the largest in a series of tremors over several hours, including two earlier quakes that registered magnitude 7.4 and magnitude 7.3.

Small tsunami waves were seen, but the threat caused traffic jams and some chaos in New Zealand as people scrambled to get to higher ground.

Residents recorded videos of small wave surges in some places, including at Tokomaru Bay near Gisborne.

In the afternoon, the National Emergency Management Agency said the threat had passed and people could return to their homes, although they should continue avoiding beaches.

One of the earlier quakes hit much closer to New Zealand and awoke many people as they felt a long, rumbling shaking.

‘Hope everyone is ok out there,’ New Zealand Prime Minister Jacinda Ardern wrote on Facebook during the night.

After the largest quake, civil defence authorities in New Zealand told people in some coastal areas to immediately get to higher ground, warning a damaging tsunami was possible, and waves could reach up to three metres. 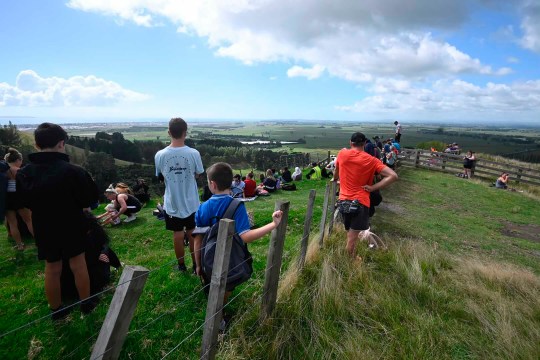 The earthquake was described as the most powerful to strike the region in modern history (Picture: AP) 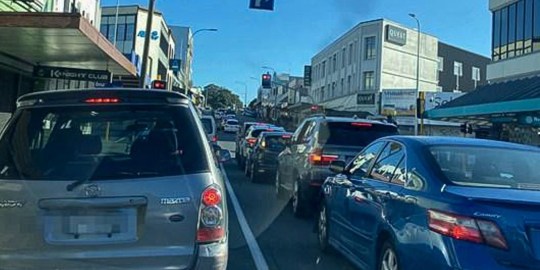 There were traffic jams like this one in Whangarei, New Zealand, as people escaped to higher ground (Picture: Rex Shutterstock)

‘They felt the long or strong earthquakes and they knew to grab their bag and head into the highlands,’ she said.

‘I can only thank and acknowledge the tireless efforts of the men and women from up and down the coast who knew how to act, when to act, and what to do.’

The Pacific Tsunami Warning Centre cautioned the quake could cause tsunami waves of up to three meters in Vanuatu and up to one metre in Tonga, other South Pacific islands and Latin America’s Pacific coast. 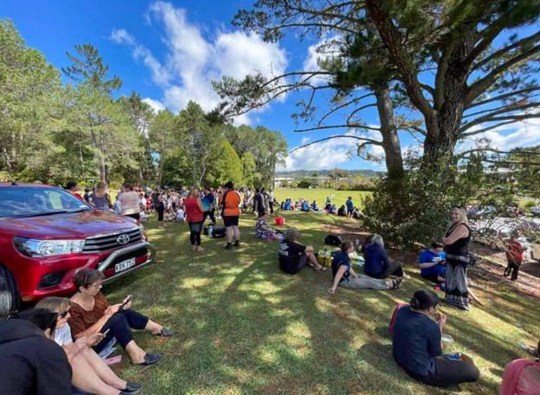 People were soon told that the danger had passed and they could returned to their homes (Picture: Rex Shutterstock) 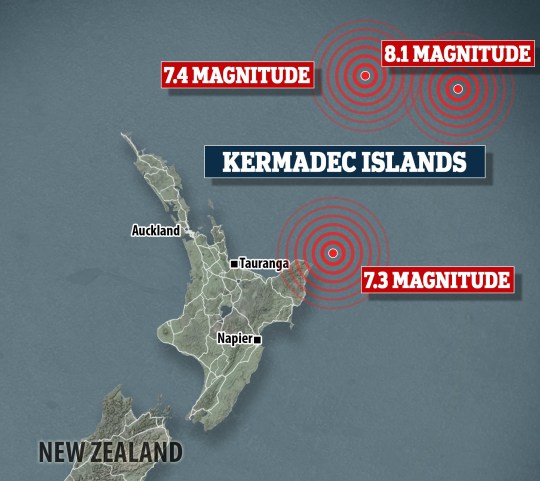 The US Geological Survey said the strongest quake was centred near the Kermadec Islands at a depth of 12 miles.

The agency said in a report that the quake occurred at the intersection of the Pacific and Australia tectonic plates and eclipsed the largest quake previously recorded in the region, a magnitude 8.0 in 1976.

It said the interaction between the plates creates one of the most seismically active regions in the world, and it has recorded 215 quakes there above magnitude 6.0 over the past century.

Jennifer Eccles, an earthquake expert at the University of Auckland, said the quake was at the top end of the scale for those involving only the Earth’s ocean crust.

‘This is about as big as it gets,’ she said.

She said most quakes larger than magnitude 8.0 tend to occur when a section of more robust continental crust is involved.