People should continue to be ‘cautious’ this New Year’s Eve despite no new lockdown restrictions being enforced, health minister Gillian Keegan has warned.

Those in England will be free to party at clubs or in people’s houses after the Government decided against introducing stricter curbs before the end of the year.

But, with Omicron still tearing through the population, people should be on guard and take steps to protect themselves, Ms Keegan said.

She told Sky News: ‘We’ve always said act cautiously since this new variant came amongst us and is highly infectious.

‘Many people will know somebody who has caught this over the Christmas period.

‘So do be cautious. Take a lateral flow test before you go out. Go to well ventilated areas. I’ve been to a couple of outdoor parties actually.

‘People have moved things to outside so just be cautious. But you know, do try to enjoy yourself as well.’

On Monday it was announced that England would not be following Scotland, Wales and Northern Ireland in introducing more restrictions to end 2021. 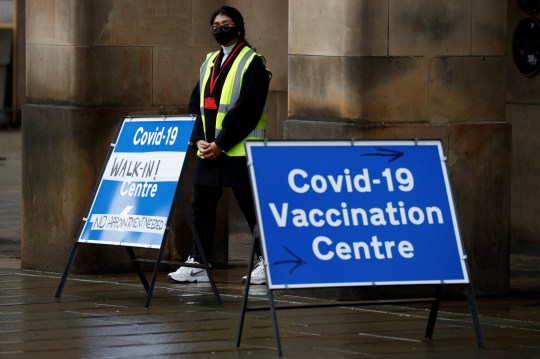 People are being urged to be cautious over New Year (Picture: Reuters)

Nightclubs are being closed and social gatherings are being restricted to smaller groups in the rest of the UK to combat the rapid spread of Omicron.

But on Monday, Boris Johnson’s Westminster Government decided the latest data did not justify new rules.

New rules in January have not been ruled out but only if NHS hospitals are at risk of being overwhelmed.

Cases have been increasing rapidly, especially over Christmas, but hospitalisations have remained far lower than in previous waves, leading to claims that Omicron could be less severe.

UK Government data yesterday showed that a record was set in England on Christmas day in terms of recorded cases, with 113,628 infections reported on December 25.

Scotland also saw its highest number of Covid-19 cases since the start of the pandemic over the festive period.

First Minister Nicola Sturgeon has urged people to limit socialising in person ‘as much as possible’.

But it is thought some north of the border may travel south to England for New Year’s Eve, where clubs and pubs remain restriction-free.

Durham: Family home could be demolished to make way for cycle path