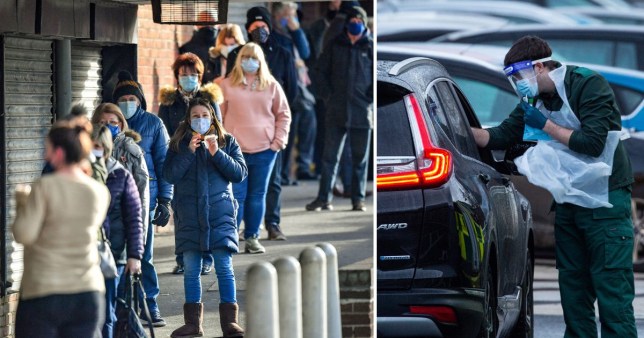 People wait in line for a coronavirus test at a surge test centre in Bristol (Picture: PA)

A Covid mutation first identified in Bristol has been designated a ‘Variant of Concern’ by health officials.

The Government’s emergency virus group, Nervtag, said the strain which emerged last week is a dangerous mutation of the Kent virus that spread rapidly last December, causing the widespread cancellation of Christmas plans and triggering the third national lockdown.

Nervtag fears the new Kent mutation may be highly transmissible and could possibly interfere with the vaccine.

However, the group does believe vaccinated people should still be protected against severe illness caused by it, while Public Health England officials have also said they have ‘a high degree of confidence that the vaccines will work against variants’.

A different strain has also been found in Liverpool but is thought to be less concerning and is currently classified as ‘under investigation’ by Nervtag.

Both have the E484K mutation found in the South Africa and Brazil variants.

So far Public Health England has identified 76 cases of the Liverpool and Bristol strains. 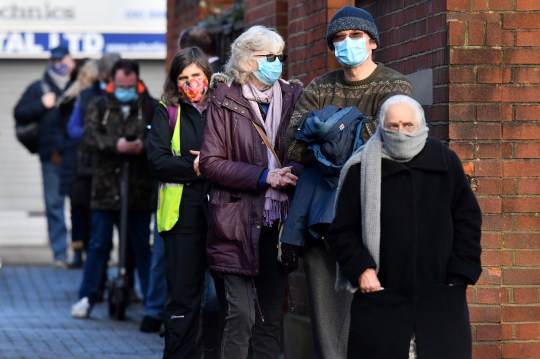 Surge testing is being rolled out in all areas where new variants have been identified in an effort to keep any further outbreaks under control.

Manchester is the latest city to begin mass testing after four cases of the Bristol variant were discovered yesterday.

The Bristol strain is the fourth ‘variant of concern’ identified by Government scientists.

The other three are the Kent virus, which is the original UK mutation known as B.1.1.7 , the South Africa and Brazil variants.

Test and Trace has identified 170 cases of the South Africa variant, including 18 cases unlinked to travel.

He said travellers who fail to quarantine in Government approved hotels after coming from red-list countries can be fined up to £10,000, while those who attempt to hide a visit to a red-list country could be sentenced to up to 10 years in jail.

In addition, arrivals who fail to take a first mandatory Covid test face a fine of £1,000, which will rise to £2,000 for not taking a second test.