Ukraine’s Territorial Defense Forces, a volunteer military unit, has been training in anticipation of a potential Russian invasion (Picture: AP)

The head of Nato has said there are no plans to deploy troops in Ukraine despite the increased threat of a Russian invasion.

Secretary-general Jens Stoltenberg said the alliance’s support will likely be restricted to helping to train the Ukrainian army and imposing sanctions on Russia, should there be an attack.

Liz Truss, the UK’s foreign secretary, has also said a situation in which British soldiers would fight alongside Ukrainians against Russia is ‘very unlikely’.

Instead, she said, the UK has been offering support to Ukraine through intelligence, cyber support and defensive weapons.

The Kremlin has accused Nato of wanting to drag Ukraine into the alliance and has amassed 100,000 soldiers at the border, but continues to deny it wants to invade.

Mr Stoltenberg told BBC Sunday Morning there is ‘no certainty about the intentions’ or Russia but there is a ‘real risk’ of attack.

He said: ‘What we see is a very significant Russian military build-up with more troops or more heavy equipment, but also threatening rhetoric.

‘Then we have the track record of Russia using force against Ukraine before, but there is no certainty about the intentions. 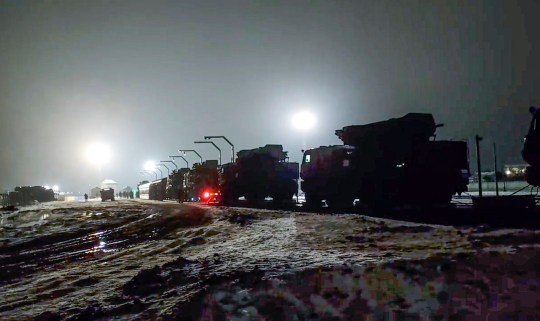 Russia has further beefed up its forces near Ukraine in recent days (Picture: AP)

‘Of course, what Nato allies do is that we send a clear message to Russia that they should not use force against the Ukraine once again, and we’re also pursuing a diplomatic track to prevent them from doing so because it is in no-one’s interest to have armed conflict in Europe.’

He stressed the Ukrainian armed forces are now ‘much stronger, much larger and much better equipped’ compared to 2014 when Russia invaded and annexed Crimea.

The alliance’s 100% security guarantee, which states that if one ally is attacked then all members respond, does not apply to Ukraine as it is a Nato partner and not a full member.

He said: ‘For Ukraine, a partner, we provide support and also send the message that there will be heavy economic sanctions if Russia uses force again.’ 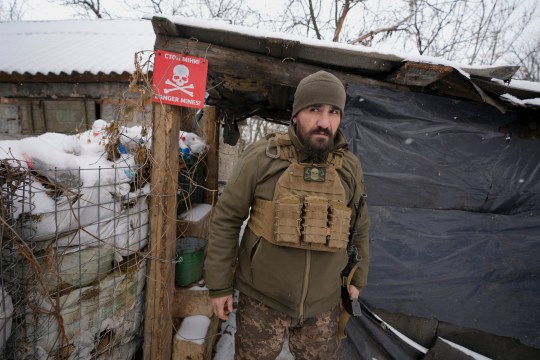 Asked if Nato troops would be deployed, he said: ‘We have no plans to deploy Nato combat troops to Ukraine. Nato allies have trainers there, we help them with building capacity, modernising their defences including their cyber defence, Nato allies also provide equipment.’

Talks between the US and Nato and Russia have stalled after the Kremlin’s demands about the alliance’s activities in eastern Europe were rejected.

‘At this time, they’re saying that Russia threatens Ukraine – that’s completely ridiculous,’ he was quoted as saying by state news agency Tass. ‘We don’t want war and we don’t need it at all.’

I got the ugliest nail art ever