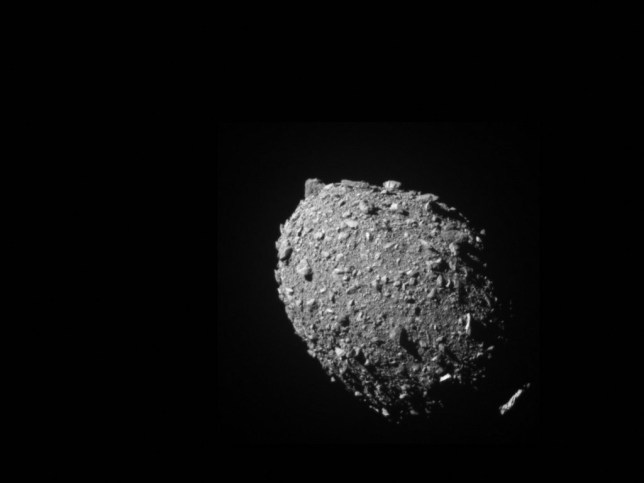 ‘Dart felt like a movie plot but this was not Hollywood’ experts said today (Picture: Getty Images)

A Nasa spacecraft, roughly the size of a refrigerator, has successfully knocked an asteroid off course.

The news was announced in a briefing in Washington on Tuesday.

Experts spoke of how the Dart spacecraft carved a crater into the asteroid Dimorphos on September 26.

It hurled debris into space and created a cometlike trail of dust and rubble stretching several thousand miles.

The success means that if an ‘earth-threatening’ asteroid ever does seem to be heading for Earth, then a similar method can be confidently deployed to protect humanity.

‘Dart felt like a movie plot but this was not Hollywood’, he said.

‘We crashed a refrigerator sized aircraft into the asteroid Dimorphos. It was a bullseye. 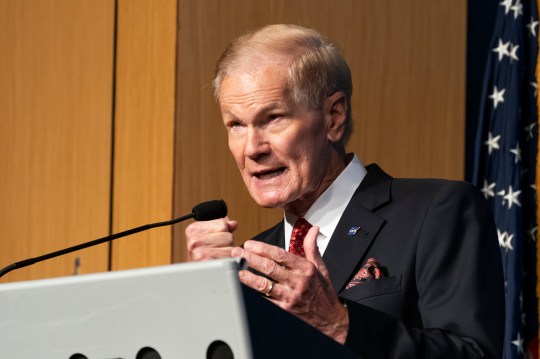 Nasa administrator Bill Nelson told the briefing Earth is ‘ready for whatever the universe throws at us’ (Picture: AP Photo/Alex Brandon) 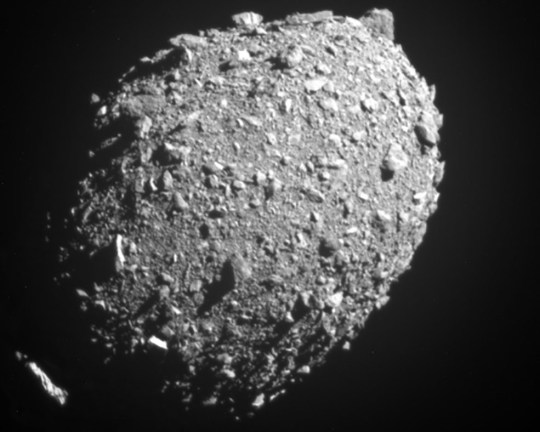 ‘If an earth threatening asteroid was discovered, and we could see it far enough away, then this technique could be used to deflect it.

Nasa is ready for whatever the universe throws at us. We’ve made it clear we are serious as a defender of the planet.’

It took days of telescope observations from Chile and South Africa to determine how much Dart’s impact had altered the path of the 525ft asteroid around its companion, a much bigger space rock.

Neither asteroid posed a threat to Earth – and still do not as they continue their journey around the sun. 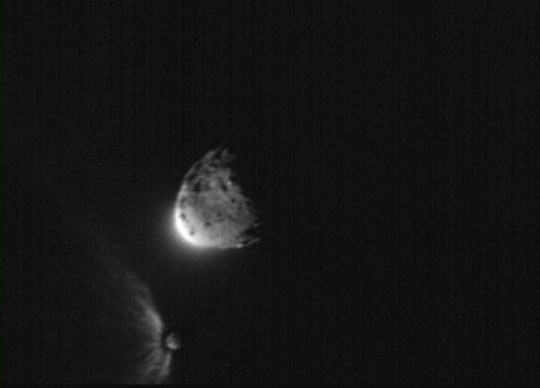 The spacecraft struck the moonlet asteroid Dimorphos, in a historic test of humanity’s ability to prevent a cosmic object devastating life on Earth (Picture: Getty Images)

That is why scientists picked them for the world’s first attempt to alter the position of a celestial body.

‘We’ve been imagining this for years and to have it finally be real is really quite a thrill,’ said Nasa scientist Tom Statler.

Launched last year, the vending machine-size Dart, short for double asteroid redirection test, was destroyed when it slammed into the asteroid seven million miles away at 14,000 mph.

‘This is a very exciting and promising result for planetary defence,’ said the lab’s Nancy Chabot.