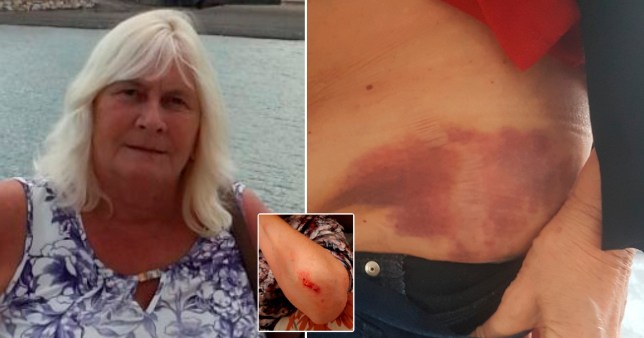 Gran-of-ten Cathy Williams, 72, was taken to hospital with high blood pressure, a fractured elbow and a large, dark purple bruise on her hip (Picture: SWNS)

A grandma was left ‘battered and bruised’ after being ‘thrown like a ragdoll across a Boots store by a customer who accused her of jumping the queue’.

Cathy Williams, 72, is ‘scared to go outside’ after she was left crying and shaking on the floor following the attack in Basildon, Essex on Saturday afternoon.

The pensioner says she checked with other customers to see if they had all collected their tickets, before entering the pharmacy to get a prescription for her daughter, who has MS.

After taking her ticket and turning back to wait outside the store, a female customer allegedly verbally abused her, before hurling her into the store window.

The attacker is said to have then picked up her prescription and walked out of the shop in front of shocked witnesses.

A woman, 37, from Basildon, has been arrested on suspicion of assault.

Daughter Carla Belcher, 47, said she ‘thought her mum would die’ as she was rushed to hospital with high blood pressure, a fractured elbow and a large, dark purple bruise on her hip.

She said: ‘There was blood everywhere. She’s got a massive cut on her elbow. She called me while she was literally lying on the floor of the shop, and she was shaking and crying.

‘The ambulance came and took her to hospital because she was so shocked she was struggling to breathe. 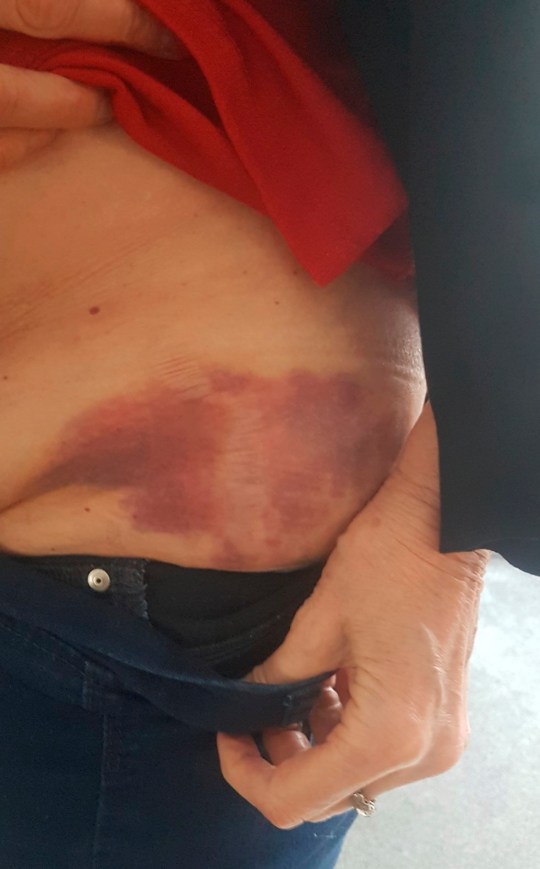 The grandma was allegedly ‘thrown across the store like a ragdoll’ (Picture: SWNS.com) 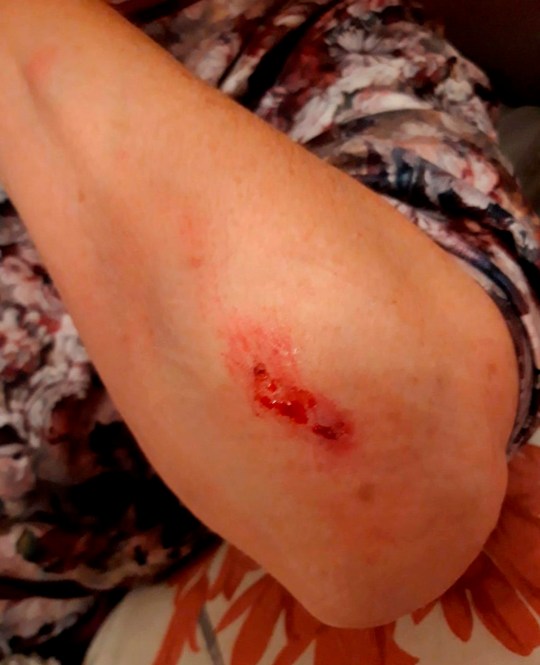 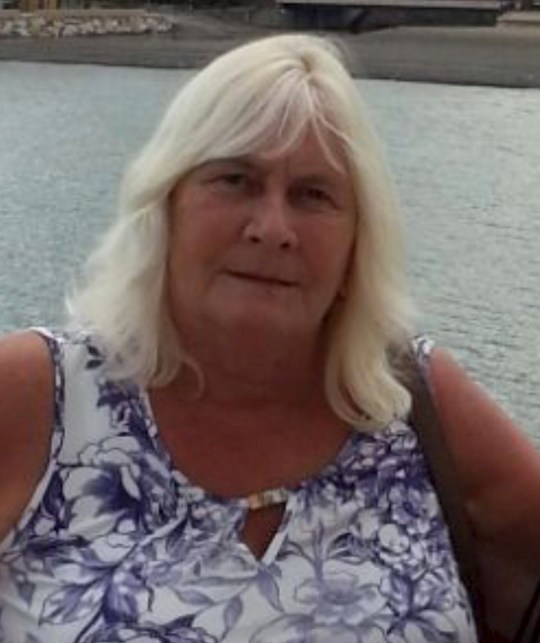 She called her daughter while ‘shaking and crying’ on the floor of the Boots store (Picture: SWNS.com)

‘I got there just as she was being put into the ambulance, and she looked horrendous. She was really battered and bruised. I thought she was going to die.’

She added that there was ‘no excuse’ as her mum had ‘asked the lady who attacked her if she was waiting’ in the queue.

Describing the impact on her mum, Ms Belcher added: ’It’s taken away a lot of her independence.

‘She’s been left scared to go outside now – where before she was fairly active and tried to get out when she could. I’m so angry. There is just no excuse for that kind of behaviour.’

A spokesperson for Essex Police has appealed for information on the incident, adding: ‘The victim suffered injuries to her arm and hip which required hospital treatment.

‘A 37-year-old woman from Basildon was arrested on suspicion of assault and has been released under investigation.’