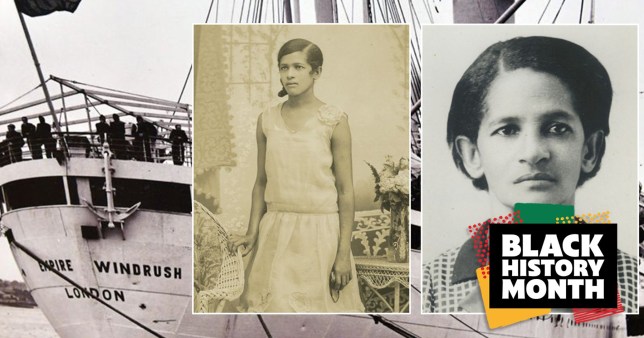 Myrtle Mae Lewar’s first workplace after Jamaica was an NHS hospital in London as she answered the call for nurses (Picture: Josh Layton/File image)

Myrtle Mae Lewars was not sentimental about possessions, but one would stay with her until the end of her life.

A handbook for assistant nurses was part of her passport for a better life as she joined thousands of Caribbean women answering a call to join the NHS.

My maternal grandmother had borne the grinding hardship and lack of opportunity in 1950s Jamaica with an unending resolve to improve her lot, teaching herself from text books.

One such resource, which she probably bought second-hand, was entitled Bailliere: A Handbook for the Assistant Nurse.

So Myrtle must have been thrilled when an invitation was sent by the British government to people in the Caribbean to fill vacancies after the war, including in the newly-formed National Health Service.

On June 15, 1955, she put on her Sunday best, fixing a white rose to the lapel of her pressed suit jacket, and made her way to the Port of Kingston, where the HMS Ortega was waiting to take her and other Jamaicans across the Atlantic. With that journey, the menial worker was on the way to becoming one of those whose contributions should be remembered during Black History Month. 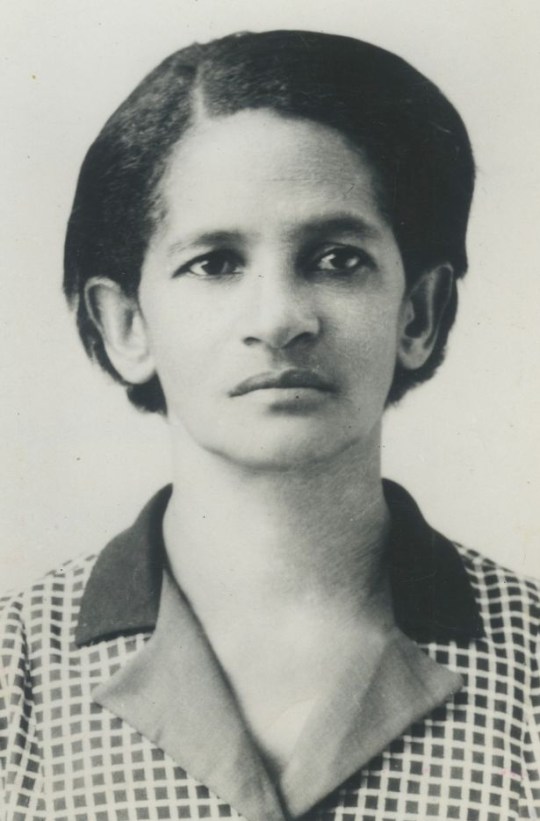 Myrtle Mae Lewars in a picture taken before she left Jamaica on the Ortega in June 1955 (Picture: Josh Layton)

Her immaculate outward appearance belied the reality that she had no family in the UK and next to no money after settling into a tiny rented room in Effra Road, Brixton.

Myrtle, however, was bestowed with a remarkable inner belief and a smile that never dimmed.

Born in Kingston in 1909, she would become an orphan in a life marked by tragedy from the start.

Her mother died from an aneurysm a year after her birth – it’s thought that her daughter was beside her as her body lay on a dusty road between two parishes – and her father had deserted her.

Missing out on a formal education, the young woman moved between rented rooms in Kingston, a decent pair of shoes costing more than she could make in months.

A high point, if it can be called that, came when Myrtle and my mother had enough possessions to cart between fleeting addresses.

Usually it was a single cloth bag. 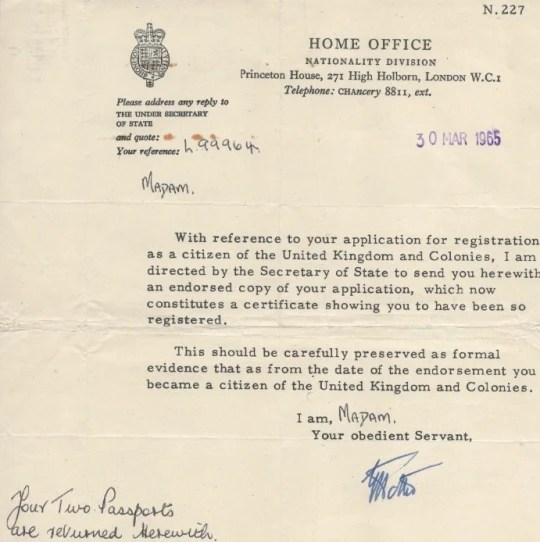 Myrtle nevertheless scraped together enough money for a writing and shorthand course – a skill she never stopped practising – and poured over every word in her treasured nursing book. Doggedly working up to three menial jobs and studying alone at night when she could, her efforts were rewarded with a nursing job at Kingston Public Hospital.

The sense of pride she felt in pulling on her starched-white uniform every day as she joined the wards at St Thomas Hospital in central London is an enduring memory in my family to this day.

Even when, a few months into the job, the hospital administrators decided that her Jamaican qualification was not sufficient for a British nursing job and demoted her to ward orderly, she stuck to her task.

‘Myrtle woke up every day not just being happy to be a nurse, but happy to work,’ my mother recalls. 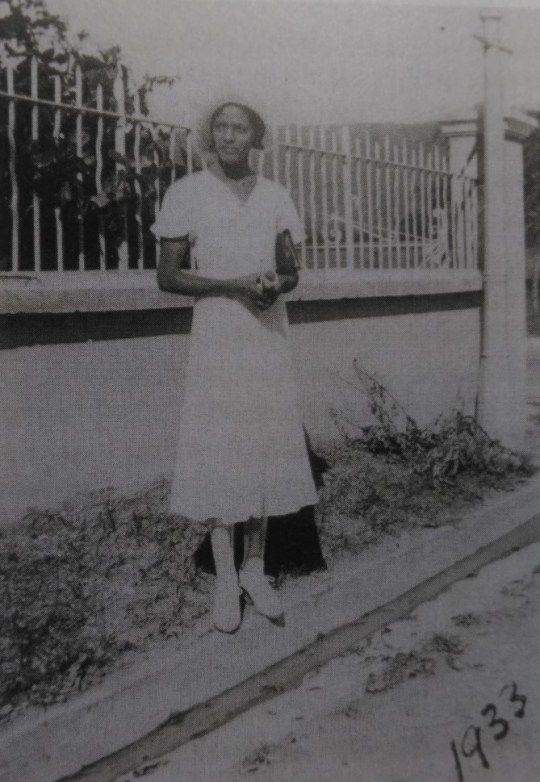 Myrtle Lewars had bright aspirations and a belief that hard work could better her place in the world (Picture: Josh Layton)

She loved the discipline of the wards and being so near to Buckingham Palace and Her Royal Highness, Queen Elizabeth.

The loyal subject typified the commitment shown by nurses in the Windrush generation – people from the Caribbean who arrived in the UK between 1948 and 1971 – whose enduring contributions to British society are being recognised during Black History Month.

After World War Two, the early NHS had a shortage of nurses, midwives and other care staff as it faced increased demand.

Professor Laura Serrant OBE believes the Windrush nurses did not just plug gaps but were pivotal in the formation of the universal service founded by the tireless Aneurin Bevan in July 1948. 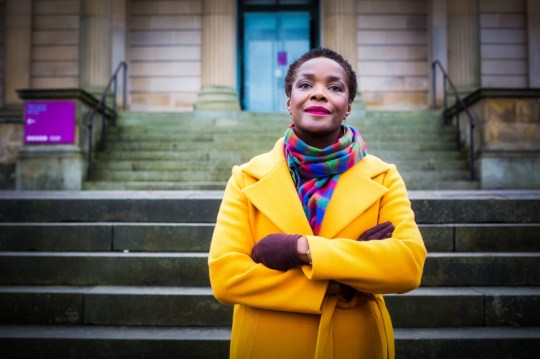 Professor Laura Serrant pinpoints the Windrush nurses as being crucial to the formation of the NHS (Picture: Laura Serrant/lauraserrant.com)

‘The arrival of nurses and new trainees to help bolster the workforce in the UK was crucial,’ the nurse and academic told me.

‘Without their input, it is likely that the NHS would not have survived, failing before it really had time to be established.’

A paramedic named as Nicole, whose grandmothers were Windrush-era nurses, is a living embodiment of those values.

Speaking to the Black History Month website, she said all four of her grandparents had experienced racism but met it with a ‘determination to have a better life’ and laid the path for her to set her sights on the caring profession from a young age. 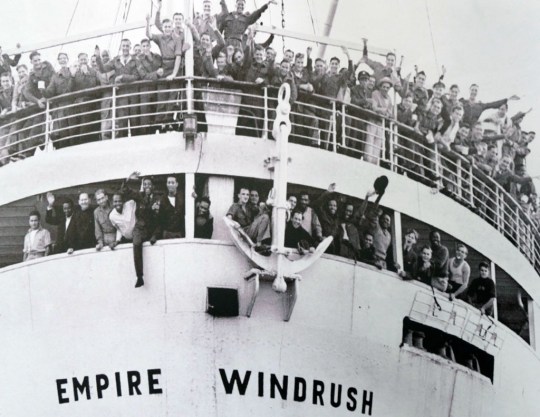 In 2022, the NHS has a shortage of nurses said to be at crisis level, this in an age when the number of people making the hazardous crossing over the English Channel and North Sea continues to set records.

My grandmother’s story emphasises the contribution that new arrivals can make when they are allowed to hit the ground running.

Yet, when I speak to asylum seekers in my job as a reporter, many are listless as they spend months, if not years, in temporary accommodation while they wait for the right to work in the UK.

Ukrainians fleeing Russia’s invasion of their homeland have also reported difficulties with bureaucracy when trying to enter our labour market. Like Myrtle, many bring their work plans and continuous training with them.

The contribution of the Windrush nurses also serves as a reminder why the NHS should never be taken for granted, especially at a time when the universal service creaks under the weight of the pandemic fallout, staffing shortages and severe demands on frontline services.

Myrtle never forgot the nursing skills she learnt in her 1949-published text book and would take up the profession in New York, spending two decades travelling between the city and London before settling back in Brixton.

At the end of her life, my grandmother had fewer belongings than she carried in the suitcase she took on the Ortega.

But the handbook never left her side.

October marks Black History Month, which reflects on the achievements, cultures and contributions of Black people in the UK and across the globe, as well as educating others about the diverse history of those from African and Caribbean descent.

For more information about the events and celebrations that are taking place this year, visit the official Black History Month website.