A HOMEOWNER who put up a blockade to stop drivers parking on his road has now vowed to build a lake in the middle.

Derek Woodacer, 65, said he wants to keep making a point about the problem but residents called him an absolute nightmare for his stunts.

Derek Woodacer has vowed to build a lake in the middle of the roadCredit: MEN Media

They include previously putting down gas cannisters, installing planters as a barricade and digging a pothole in an almost three-year vicious parking row with school run parents.

He promised his lake won’t be too big or deep and he plans to shape it like Italy’s Lake Como after a recent visit.

Gnome-obsessed Derek, of Wigan, Greater Manchester, told The Sun: “The cars will still be able to get past. I’ve never stopped anyone legitimately using the road.

“The purpose is to highlight the problem and have some amusement about it. Neighbours say it entertains them.” 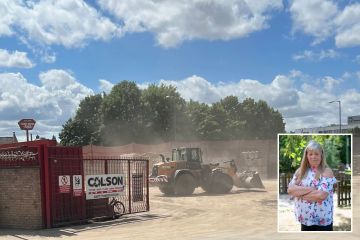 Last month council officials removed his planters at the end of the street, which he put down as a parking deterrent.

Derek vowed the intervention won’t make him back down, adding: “It just makes me even more determined to solve the problem.”

But one fed-up resident-of-ten-years fumed: “I don’t understand how I’ll get my car out if he builds Lake Como and I wouldn’t be able to allow my children to play out. I’ll have to put armbands on them.”

Another resident-of-47-years added: “A lake will stop me coming down the road. I don’t understand how he can do that.”

Derek put up planters outside his home and at the end of the street to act as a deterrent in his war with school run parents.

He claims they have no right to park there during school pick-up and drop-off times.

But he ended up in a battle with residents who called the planters an eyesore.

One was removed after neighbourhood complaints but he kept one planter up. Drivers then rammed into it to remove it themselves before the council served him a notice.

But he began to dig a huge pothole when part of the barricade was removed.

Neighbour Ruby Howard, 24, told the Manchester Evening News: “It has been stressful. People on the street have sleepless nights.”

The street is a private road meaning that residents, rather than the council, must pay for any damage.

Since moving in five years ago, Derek has furiously fought to prevent people parking, by blocking the road with gas cannisters, a homemade barricade and now the pothole.

And residents said the road was perfect before he turned up, with one adding: “It’s been a nightmare.”

The dispute has caused fights, vandalism, complaints and a massive financial cost, he claimed.

He claims the road is being worn down by 25 cars dropping their kids off every morning, which costs them money, adding: “The eventual aim is to stop them entering the road. It’s just offensive.”

But one neighbour told The Sun: “He pretends he’s got parking tickets to give to parents dropping their kids off.

“He has no rights whatsoever. He’s a nightmare, to antagonise people the way he does. He’s not a nice man, the way he approaches people.”

Another added: “He’s noisy and disruptive because he gets up in the middle of the night to start his work.

“It can go on until about two or three am with drills, power tools and moving things around.

“He’s not very considerate and likes to wind people up. He likes the attention.” 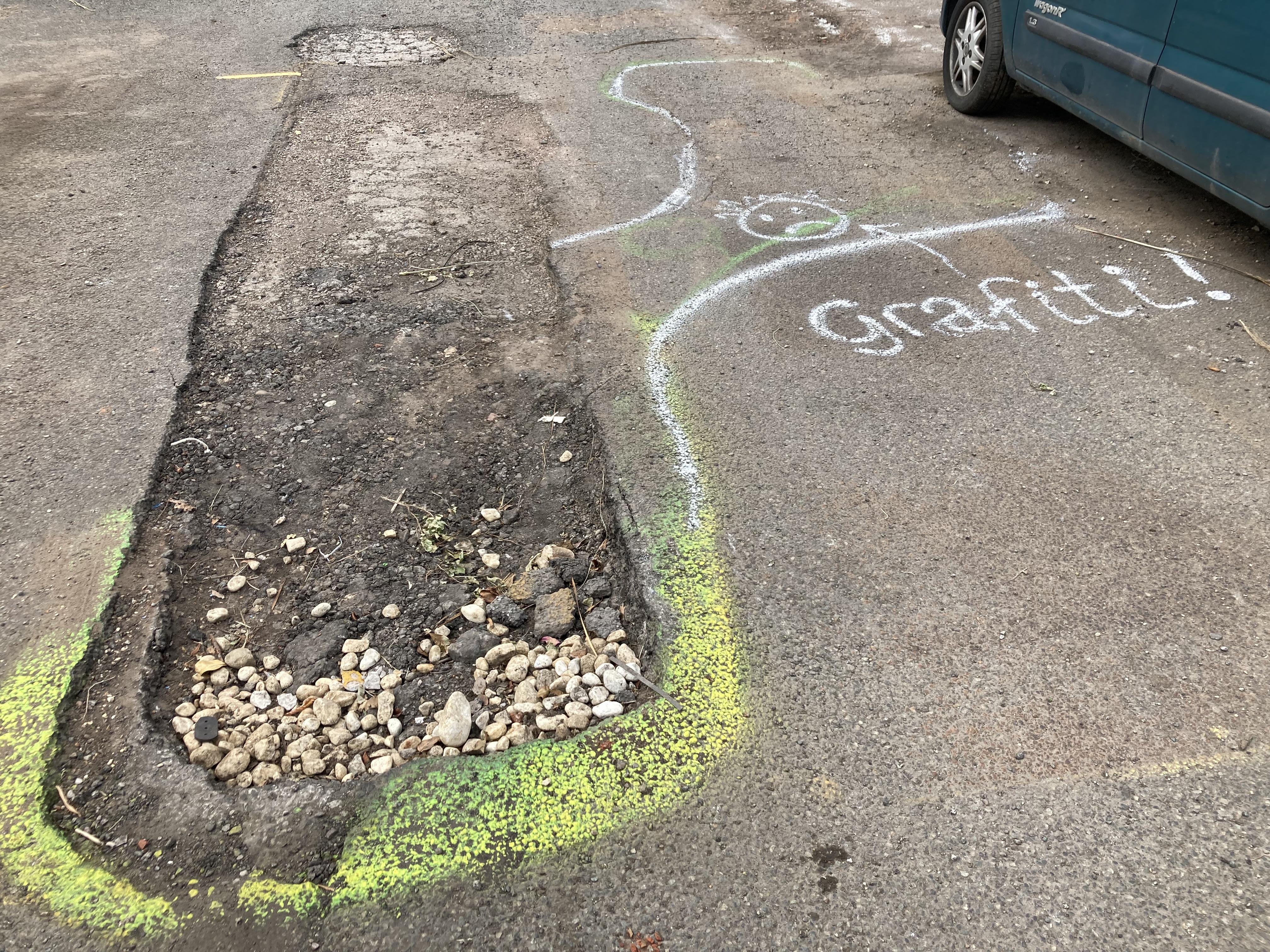 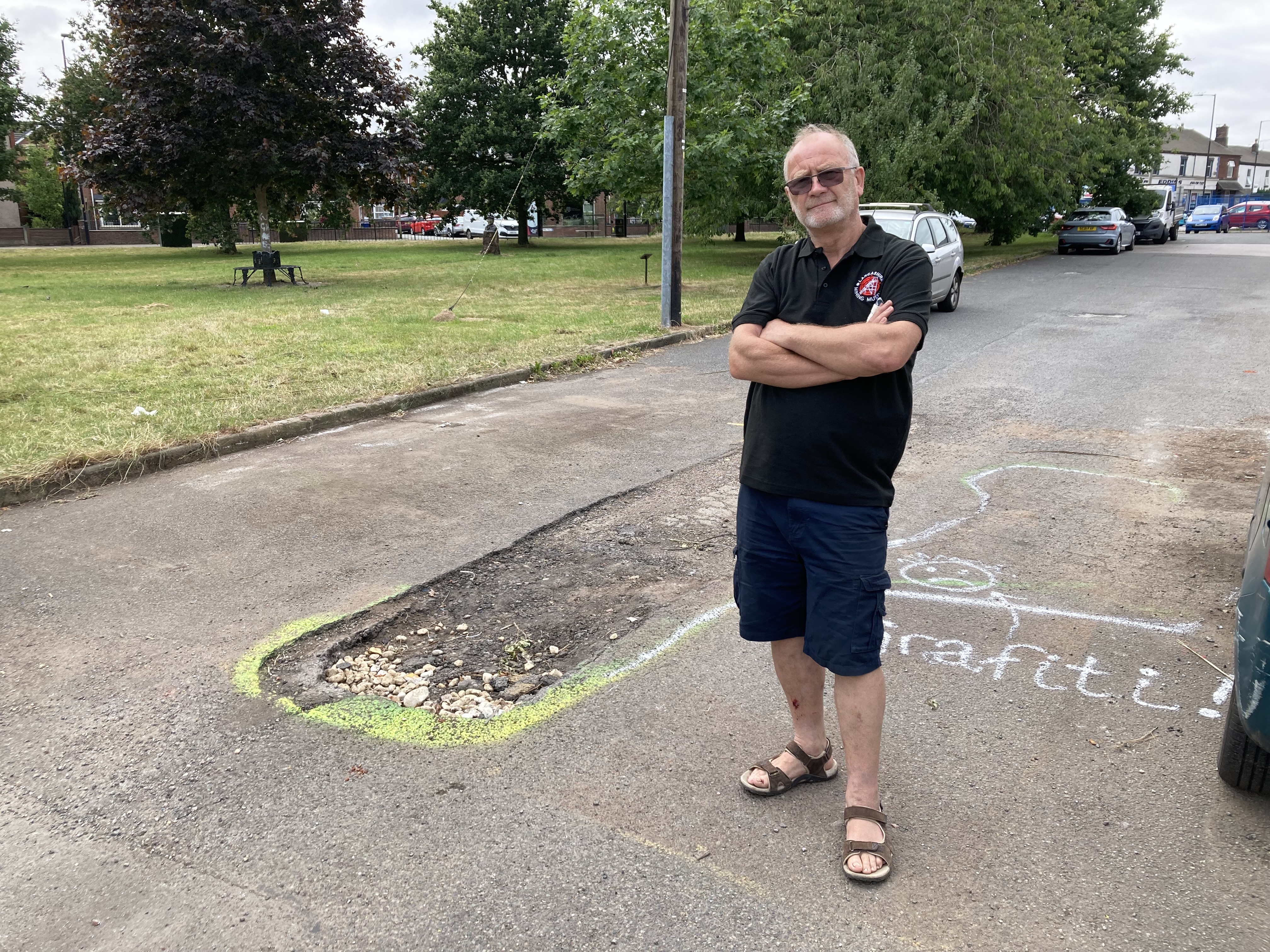 The homeowner said he will carry on fightingCredit: MEN Media 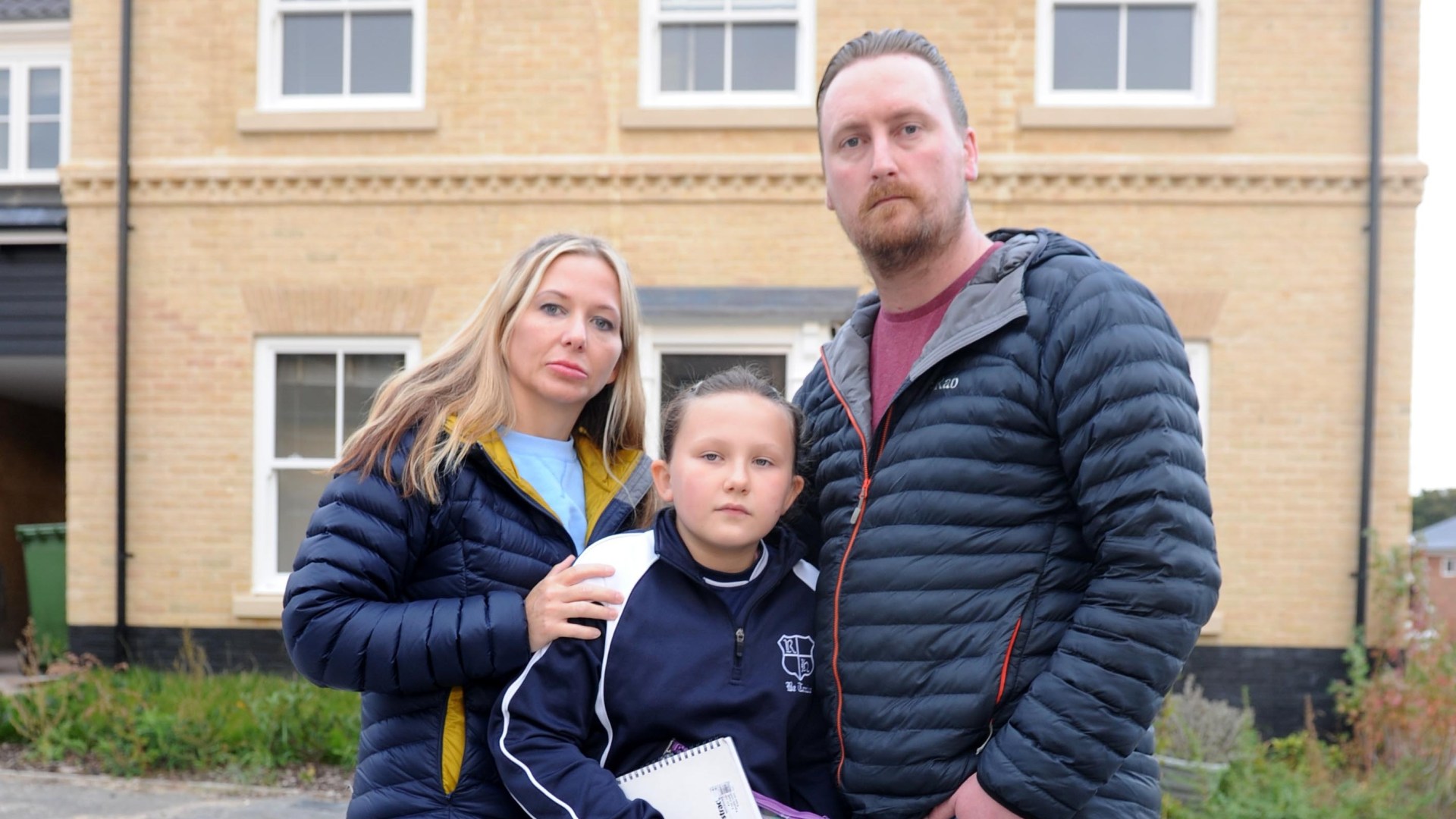