My daughter, 3, was in floods of tears after McDonald’s RUINED her birthday & left her pals hungry

A THREE-year-old girl was in floods of tears after McDonald’s “RUINED” her birthday party and left her playpals hungry.

Ebony-Grace’s mum Mamara Beardmore had ordered £48 worth of food from her local Staffordshire branch to make the day special.

But the toddler’s tea never showed up and she was left wailing through tears that her birthday was “ruined”.

Although the party pooper McDonald‘s has apologised for screwing up the birthday meal, Mamara was still “fuming” that the special occasion was a disaster.

The 32-year-old told Birmingham Live: “I was angry, frustrated and upset. 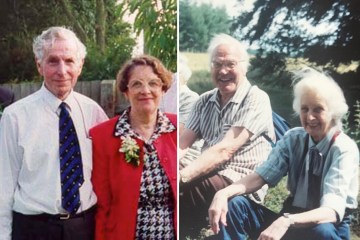 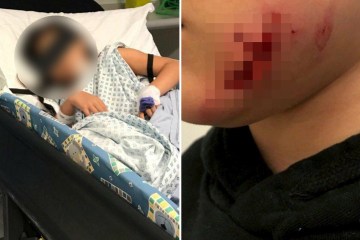 “It’s what my daughter had asked for, it was her birthday and I did it for her.

“I had her crying because she kept telling me she wanted McDonald’s. It took 40 minutes to calm her.”

She added: “The other kids went home hungry and it was uncomfortable explaining that to their parents.

“I think McDonald’s handled it appallingly. As a single parent and with the cost of living going up, it wasn’t money I could throw away like that.”

The shambles started when Just East told Mamara the order had been delivered, even though no food had arrived.

After ringing up the local Maccies branch, Mamara was told to come and collect the food herself.

But the single mum doesn’t drive and couldn’t get a taxi in the middle of the birthday party.

To make matters worse, when Mamara sent her dad down to collect the party meals, McDonald’s told him they’d have to pay for the entire order again.

She said: “They turned around and said we had to pay for a new order and then they would throw in some extras too.

“I said I was already out of pocket because I’d had no meal and they’d had my money.

“I had hungry kids and my daughter telling me that her birthday was ruined and then they were telling me that I needed to pay again otherwise I wasn’t getting it. I was so fuming.”

She added: “Money is tight anyway so there is no way I was paying another £47.77 for new meals.”

Just Eat told the local paper: “At Just Eat, we always want our customers to have a positive experience when ordering their food online.

“Whenever a customer is dissatisfied with their order, we will always take steps to address this.

“We are sorry to hear that in this case the customer’s experience fell below the high standards we hope to deliver.

“We can confirm that we have already processed a refund for the customer, and we are investigating what happened with this order.”

A McDonald’s spokesperson added: “At McDonald’s we set ourselves high standards and we are sorry that, on this occasion, they were not met.

“As soon as the customer brought this to our attention we apologised and explained that the customer should contact Just Eat to help find a resolution.

“Our customer services team has offered the customer £20 in vouchers as a gesture of goodwill which has been accepted and we understand Just Eat has refunded the full cost of the meal.”